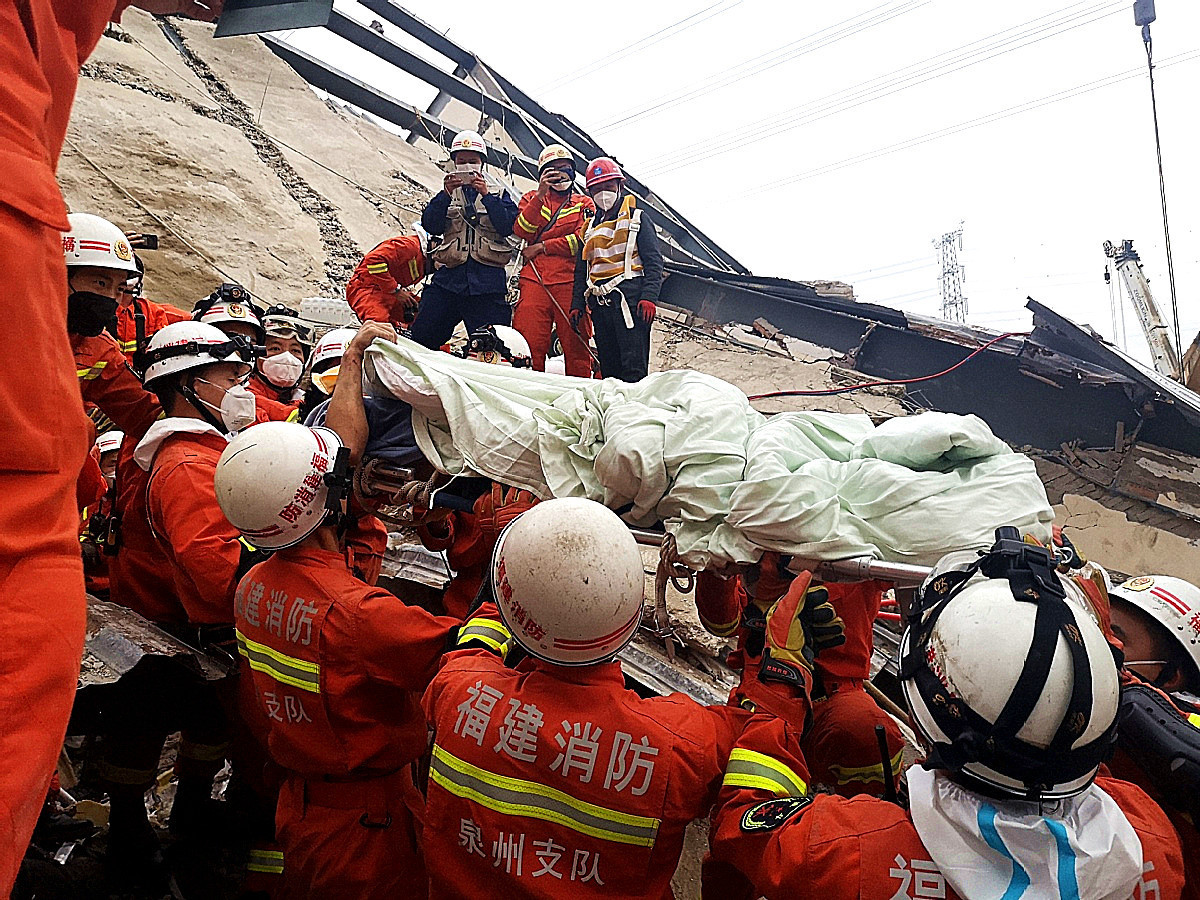 A man is pulled out alive after 69 hours under collapsed hotel in Fujian, March 10, 2020. [Photo provided to chinadaily.com.cn]

The result was announced at a meeting held on Friday by a special investigation team set up by the State Council, China's Cabinet.

They were among 29 people killed in the sudden collapse at 7:15 pm on Saturday amid a renovation occurring on the building's ground floor. Mere minutes after a worker told the building's owner over the phone that a pillar had deformed, it crumbled, according to authorities.