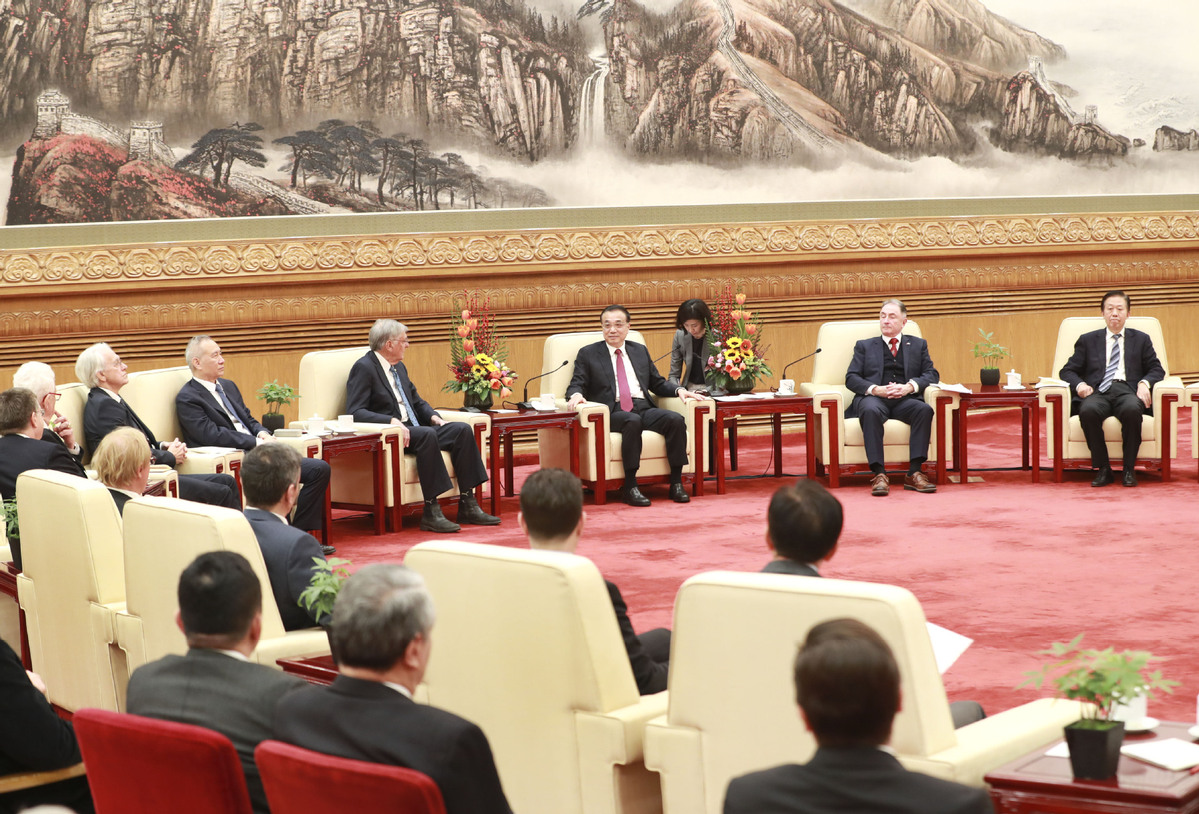 China has the confidence and the ability to meet challenges this year to keep its economy in the proper range and to make continued social progress, Premier Li Keqiang said on Friday in Beijing when meeting with foreign experts working in China.

Last year, China's economy maintained growth of 6.1 percent, which came on top of a very large base and despite a complex global environment featuring significant downward pressure on the global economy, Li said.

"The achievements have not come easily," Li told a number of expats from countries including Israel, the United Kingdom, Germany, Singapore, the United States and France.

Noting that China pursues its development in an open environment and China's development needs a peaceful international environment, Li said China will always be a staunch force for globalization and seek win-win results in cooperation with all countries during further opening-up.

According to the premier, as China transforms its economic development, it must pursue innovation-driven development, a process that needs the power of science, technology and talent.

Though China has the world's largest number of people who have received higher education or acquired professional skills－170 million－Li noted that there is still a big gap between China and developed countries in terms of the capacity of talent in science and technology.

Li said that the Chinese government gives great importance to the development of education and science and technology as they are the most important underpinning forces for China's future.

China will continue to expand opening-up in these areas and its cooperation with foreign countries and partners in such areas will only expand, he said.

Jeffrey S. Lehman, who attended the meeting on Friday, is vice-chancellor of NYU Shanghai, the first China-US joint university.

According to Lehman, the university has achieved good results in helping top students from China and overseas maximize their capacities for innovation and to work effectively in multicultural teams over the past years.

"I love being part of this effort, which I hope will bring benefits to China and to the world of higher education," he said.

During the meeting, speakers shared their suggestions on basic science, science and technology innovation, talent training, cultural exchanges as well as the development of the finance and energy industries.

"We see great value in every piece of intellectual support and suggestion from each and every foreign expert working in China and they all deserve very close and high attention," the premier said.