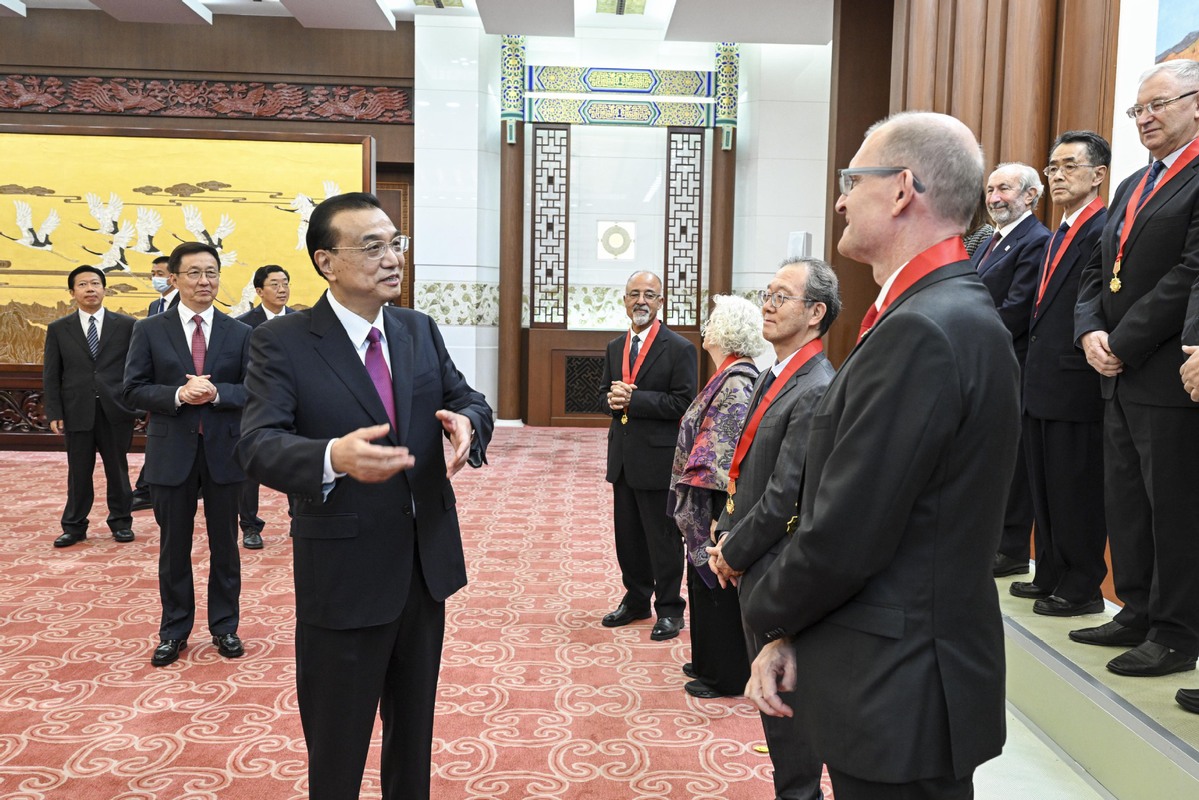 Premier Li Keqiang meets foreign experts who are recipients of the Friendship Award of the Chinese Government in Beijing, on Sept 30, 2022. (Photo: Xinhua)

China has the confidence and capacity to maintain its major economic indicators within a proper range and ensure sustained healthy growth this year, Premier Li Keqiang said on Friday.

During a meeting in Beijing with foreign experts who are recipients of the Friendship Award of the Chinese Government, Li said the Chinese economy, despite downside pressure, has now taken on a general momentum of steady recovery.

The premier attributed China's rapid growth to reform and opening-up, saying that the nation will remain committed to deepening reform and bolstering opening-up to continue injecting strong momentum to its growth.

He reaffirmed the government's commitment to furthering reforms that cut red tape and enhance compliance oversight and services while offering a level playing field for various kinds of businesses.

China will promote global coordination in the innovation of science and technology with a more open attitude and enable the outcomes of innovation to better benefit the world, Li said.

He lauded the foreign experts as envoys of friendship and an important bond between China and the rest of the world.

Beijing will strive to provide an enabling environment and high-quality services for talent from various nations to work in China, including greater support for research and innovation, he said.

The premier also met with 42 ambassadors and representatives from international organizations in Beijing on Friday.

Li underscored Beijing's unwavering commitment to a path of peaceful development, a national policy of reform and opening-up and pursuing win-win cooperation.

China has always pursued an independent foreign policy of peace, and the nation is always willing to work with different nations in jointly upholding an international system with the United Nations at its core, practicing multilateralism and safeguarding global peace and regional stability, he said.

China will only become more and more open to the world no matter how the international landscape changes, the premier added.

He expressed China's willingness to work with various nations to enhance understanding, eliminate misunderstandings, seek consensus, properly manage differences and expand cooperation in the process of dialogue and communication.