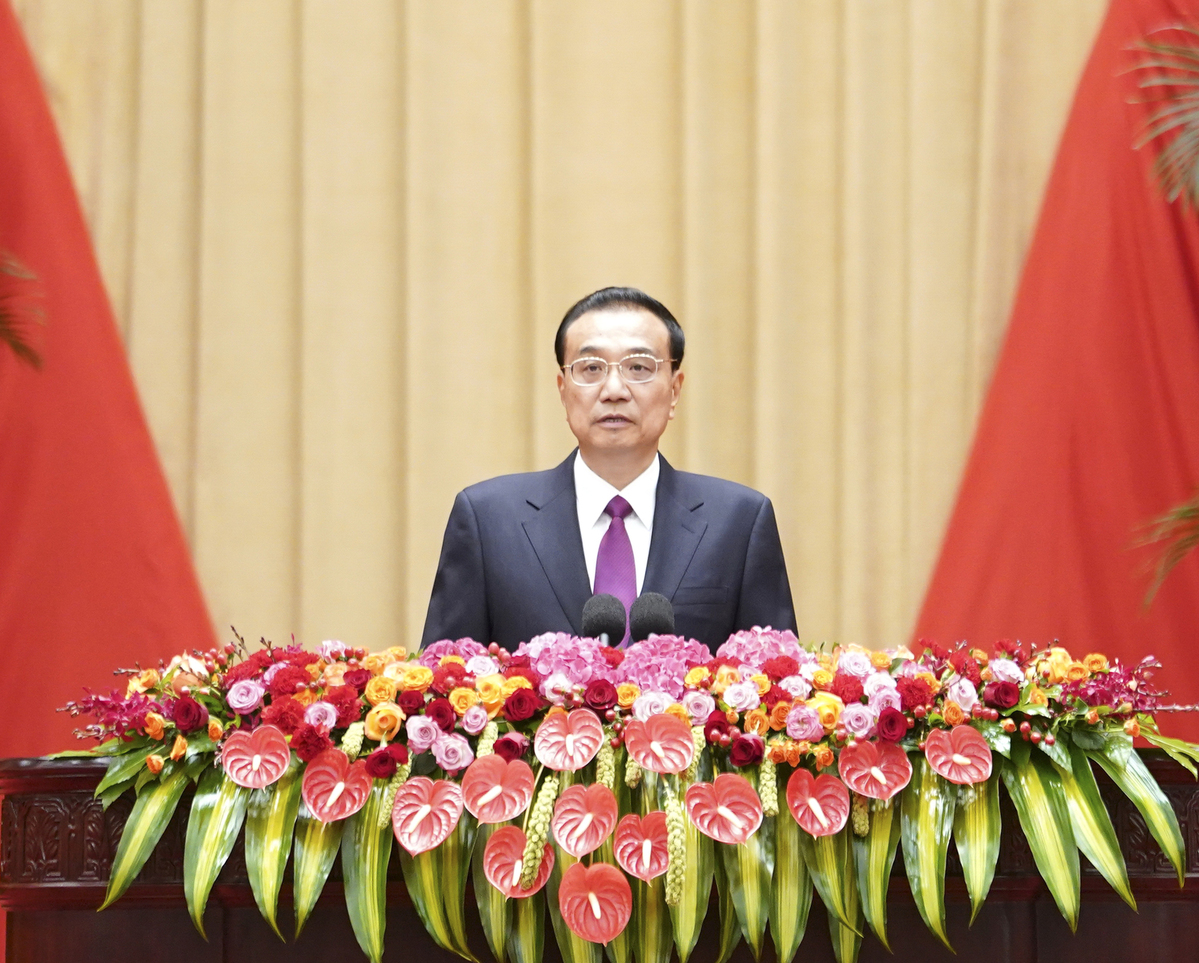 Premier Li Keqiang addresses a reception held by the State Council to celebrate the 73rd anniversary of the founding of the People's Republic of China at the Great Hall of the People in Beijing, Sept 30, 2022. (Photo: Xinhua)

China has reiterated its commitment to fostering a market-based and world-class business environment governed by a sound legal framework and pursuing high-standard opening-up, as the country prepares to celebrate National Day on Saturday.

Addressing a grand reception on Friday in Beijing hosted by the State Council in celebration of the 73rd anniversary of the founding of the People's Republic of China — which is on Oct 1 — attended by President Xi Jinping, other Chinese leaders and people from all walks of life, Premier Li Keqiang said China will deepen multilateral and bilateral business cooperation to keep China a favored destination for foreign investment and achieve win-win development.

Calling this year "a truly momentous one in the course of China's development", Li said the country made hard-won achievements in various endeavors, including the success of the Beijing 2022 Olympic and Paralympic Winter Games, in the face of complex and challenging developments both within and outside China.