Chinese Premier Li Keqiang has called for all-out efforts in the rescue and relief work regarding flood disaster, and ensuring people's lives and safety as top priority. 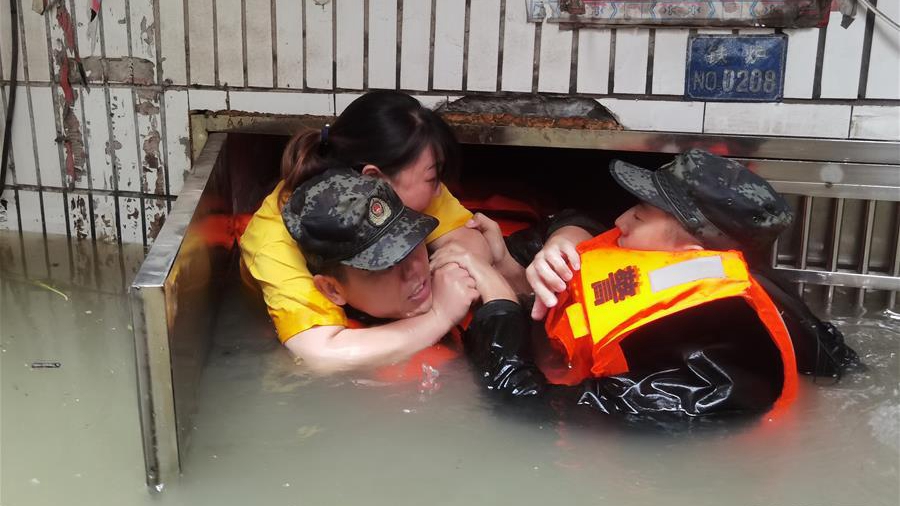 Premier Li made the remarks in a meeting held on Wednesday on the country's flood control and disaster relief.

Officials at the meeting said people's lives are the priority in the combat against floods, urging local governments and departments to clearly identify responsibilities and combine prevention work with the emergency response.

Efforts should be made to strengthen monitoring over the flood situation to identify potential risks in a timely manner and to well organize rescue and relief work, officials underlined.

With focus on flood prevention and disaster relief, and water ecology protection and restoration, officials at the meeting also deliberated on arrangement of constructing 150 major water conservancy projects, so as to expand effective investment and strengthen defense capabilities against flood disasters.

Due to flooding in multiple cities in China, the country on Tuesday upgraded its emergency response level from Grade Ⅳ to Grade III, the third-highest of the four-tier system. Several Chinese regions have raised their response levels in the past few days.

In the province of Fujian, the world heritage Wuyi Mountain scenic spot has been temporarily shut down. While in Jiangxi, nearly two million people have been affected, with economic losses of over 170 million U.S. dollars.

There are flood-related deaths. On Thursday, eight people were confirmed dead and one person injured in a landslide caused by heavy rainfall in Huangmei County in central China's Hubei Province.