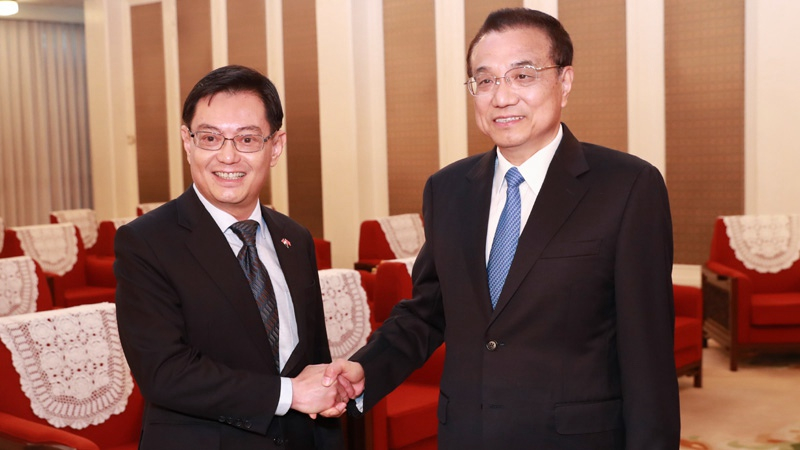 Chinese Premier Li Keqiang said on Thursday that China welcomes enterprises from all countries, including Singapore, to expand investment in China and China will continue to treat domestic and foreign-funded enterprises equally.

Li made the remarks during a meeting with Singaporean Deputy Prime Minister and Finance Minister Heng Swee Keat in Beijing.

The Chinese Premier said China is willing to align its Belt and Road Initiative (BRI) with Singapore's development strategies and deepen bilateral cooperation in trade investment, finance, smart city and so on.

China's opening-up not only brings benefits to its own people, but also offers opportunities to world development, said Li.

Heng congratulated China on its 70th founding anniversary and said Singapore is willing to deepen pragmatic cooperation with China in all areas and to play a positive role in the development of ties between China and the Association of Southeast Asian Nations (ASEAN).