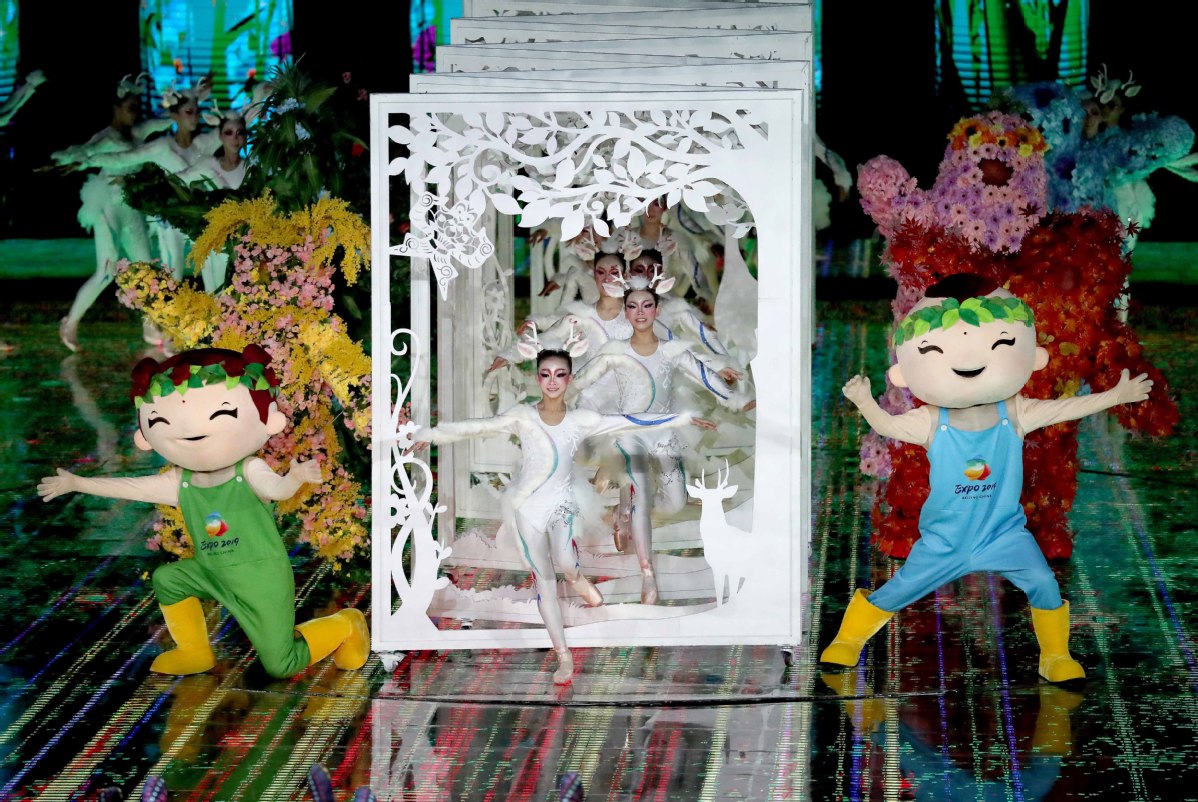 Dancers perform at the closing ceremony of the Beijing International Horticultural Exhibition in the city's Yanqing district on Wednesday. (Photo: China Daily)

Li made the remark as he announced the official closing of the Beijing International Horticultural Exhibition in the city's Yanqing district.

He stressed the need to deliver greener and better lives to the people by resolutely tackling pollution and resolving acute environmental problems.

The country will continue to support and follow a multilateral approach and actively implement the Paris climate agreement, he said.

He added that the country will bolster exchanges and cooperation in ecological conservation and promote the sharing of best practices to help other developing countries, to the best of its ability, grow a green economy and realize sustainable development.

Foreign dignitaries praised the success of the Beijing expo, saying that it has left behind a lasting legacy.

Vincent Loscertales, secretary-general of the Bureau of International Expositions, said the Beijing expo was probably the best horticultural expo in history.

The monthslong event enabled a combination of culture and tradition, showcasing the horticultural knowledge that Chinese culture has accumulated over the centuries.

"When you visit these gardens, what you get is a vision of this great country. I know some of the pavilions will be used in the 2022 Winter Olympics, but the legacy of the expo will go beyond that," Loscertales said, adding that the expo park will be enjoyed for generations to come.

"The Beijing International Horticultural Exhibition has been the best I have ever seen, and I think all the visitors and participants will recognize that."

The exhibition, which attracted participants from 84 countries and 24 international organizations, hosted nearly 3,300 activities and attracted 9.34 million tourists from home and abroad during its 162-day run.