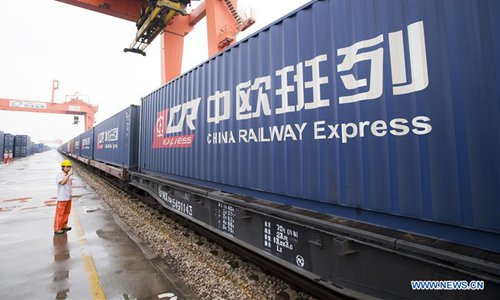 Chinese Premier Li Keqiang kicked off the five-day visit to Europe on Monday which Chinese experts said would enhance China-EU ties and cooperation amid concerns over China's rise.

Li left Beijing on Monday morning. He will attend the 21st China-EU Summit in Brussels on Tuesday and hold talks with EU leaders Donald Tusk and Jean-Claude Juncker, the last dialogue between EU and Chinese leaders under the current EU leadership. It will serve as a link between the past and the future, the Chinese government said on its website.

Li's meeting with EU leaders, coming before elections in May to elect Members of the European Parliament which will see changes in EU governance, is aimed at deepening China-EU ties and dispelling Europe's growing worries and vigilance over China's rapid development, analysts noted.

The EU believes that China's development has brought more economic competition, particularly in the tech sector on issues such as 5G, Sun Keqin, a research fellow at the China Institutes of Contemporary International Relations, told the Global Times on Monday.

Li's visit indicates that China has not changed its stance to support development and integration of Europe and to enhance China-EU ties, which could reduce some Europeans' worries, Sun noted.

In a signed article published in German business daily Handelsblatt on Monday, Li reiterated that China is full of confidence about Europe's development and China-EU cooperation. He said that China and Europe should work together to protect multilateralism and trade freedom in order to build an open global economy.

Wang Yiwei, Jean Monnet Chair Professor at the Renmin University of China, told the Global Times on Monday that China and the EU are very likely to reach cooperation agreements on the high-end service industry during the summit after Beijing passed a new Foreign Investment Law in March.

Wang said that the two sides will also touch upon divergences in various areas like investments, technology transfer and artificial intelligence.

After the Brussels summit, Li will attend the 8th leaders' meeting of China and Central and Eastern European countries (CEEC) (16+1) in Croatia on Friday before making an official visit to the country.

It will be the first visit by a Chinese Premier to Croatia since the two sides established diplomatic relations in 1992.

The 2.4-kilometer bridge, one of the biggest infrastructure projects in Croatia's history, is being built by the China Road and Bridge Corporation and its construction is expected to be complete in 2022.

The bottleneck of China-EU cooperation lies in WTO reform and industrial subsidies as well as concerns of some core EU members over China's close ties with CEECs, because they believe that strengthening China-CEEC ties will weaken the unity of the EU, experts said.

"We emphatically support the European integration process in the hope of a united and prosperous Europe," wrote Li in his article on German newspaper. He said Beijing's close cooperation with eastern European states was "advantageous for balanced development within the EU."

Wang said "A mark of the EU since it was established is its diversity, which came long before China boosted ties or cooperation with any of its members. Actually, China is helping many EU members deal with their challenges, such as economic development. This is absolutely good for the stability and integration of the continent, so the EU doesn't need to worry about China."

This year's China-EU summit comes two months ahead of this year's G20 meeting in June in Osaka and negotiations between major economies on WTO reform in the same month, so it may be difficult for the two sides to reach any agreement on these issues before talking with the US, Wang said. "The EU has a mixed attitude combining suppression and expectation toward China. This means it is important for China to win the continent's support in some areas, especially on WTO reform."

Europe is also concerned that a China-US trade deal might impact EU members' interests in the Chinese market, but Chinese experts said China will protect the legitimate interests of its EU partners and be fair when handling the trilateral ties with the US and EU.

Wang said that if China and the EU can reach an agreement on investment within this year, they will possibly start negotiations on a free trade zone, which will hugely improve investment, free trade and convenience for the global economy.

Chinese analysts expect that more European countries would be encouraged by Italy's recent participation in the China-proposed Belt and Road Initiative (BRI) and will offer support to China at the upcoming BRI summit later this month.

Recently, Italy and Luxembourg inked a memorandum of understanding on the BRI with China, bringing the number of similar documents - between governments or government departments - to 22 in Europe, the Xinhua News Agency reported.