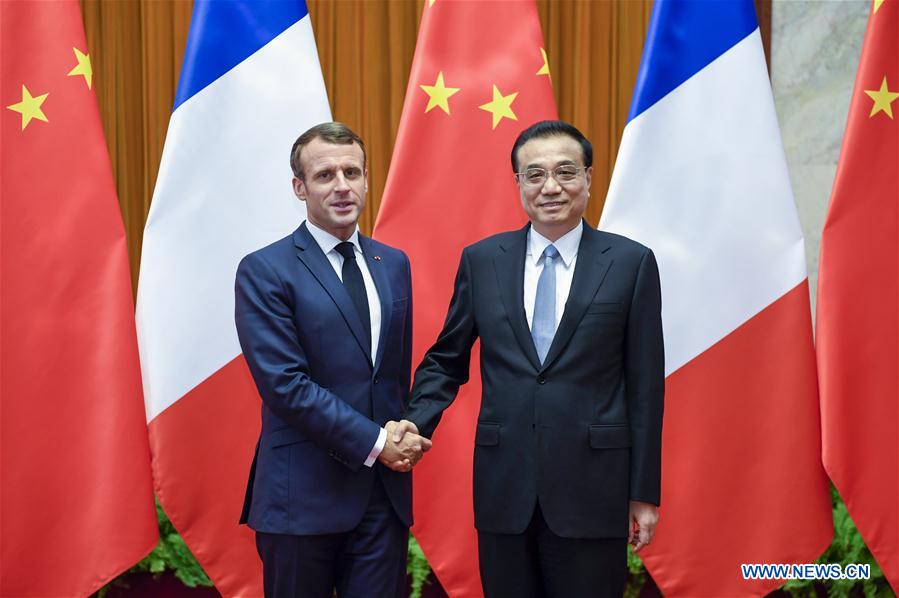 Noting that both China and France are permanent members of the UN Security Council and major world economies, Li said mutually-beneficial cooperation featuring win-win results between the two countries will not only benefits the two sides, but also Europe and the world.

Against the backdrop of a complex international landscape, Li said China and France will send positive messages to the world by enhancing strategic communication, expanding practical cooperation and promoting people-to-people exchanges.

Noting that China and the European Union (EU) have finished their negotiation on geographical indications, Li called on the two sides to keep promoting China-EU investment agreement negotiation to yield positive results at an early date. 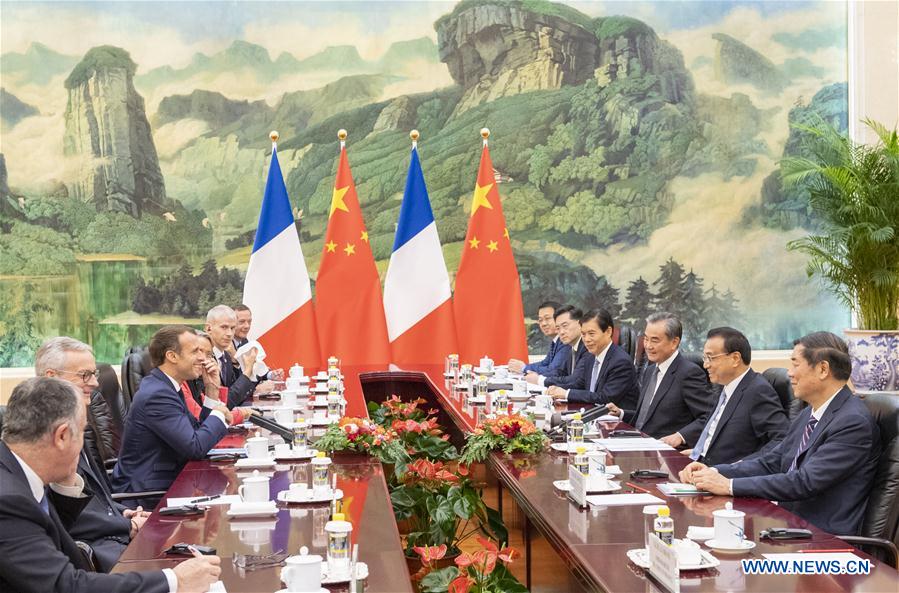 Chinese Premier Li Keqiang meets with French President Emmanuel Macron at the Great Hall of the People in Beijing, capital of China, Nov. 6, 2019.

China is ready to work with France to enhance coordination regarding the reform of the WTO to safeguard free trade and multilateralism, said Li, encouraging the two countries to deepen cooperation in areas including nuclear energy, aviation, the third-party market and promote the implementation of more high-quality projects in line with market and business principles.

Li reiterated China's international commitment to address climate change, saying that China will continue to strengthen dialogue and cooperation with France and Europe in this regard.

Macron said during his visit, China and France have yielded tangible achievements in the fields of nuclear power, agricultural food and products, aviation and culture, and have charted a development path of bilateral relations for the next stage.