CHONGQING, Aug. 23 (Xinhua) - Premier Li Keqiang has stressed solid work in flood control and relief as well as restoration and reconstruction, and continued efforts to consolidate the economic recovery momentum amid reform and opening up. 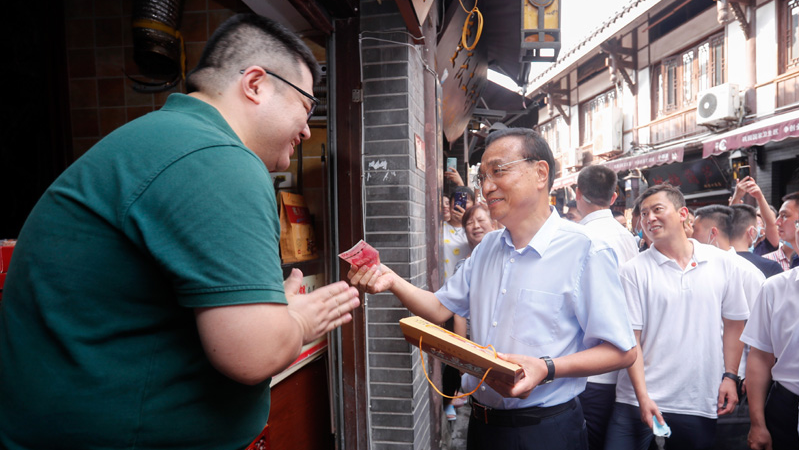 Li, also a member of the Standing Committee of the Political Bureau of the Communist Party of China Central Committee, made the remarks during a recent inspection tour in the flood-hit Chongqing Municipality in southwest China.