BEIJING, May 8 (Xinhua) -- Chinese Premier Li Keqiang on Saturday stressed the importance of the structure and layout of state-owned economy following the merger of Sinochem Group and ChemChina Group, two state-owned chemical giants.

Li made the remarks in a written instruction on the establishment of a new holding company occurring on the same day as a result of the joint reorganization. He added that the move would boost agricultural modernization and competitiveness in the chemical industry.

The new company should shore up international cooperation and maximize its role as an industry leader, the premier said, calling for major technological breakthroughs in germplasm and chemical engineering.

Li also urged the new company to explore innovative models of management and operation and make contributions to stabilizing the industrial and supply chains. 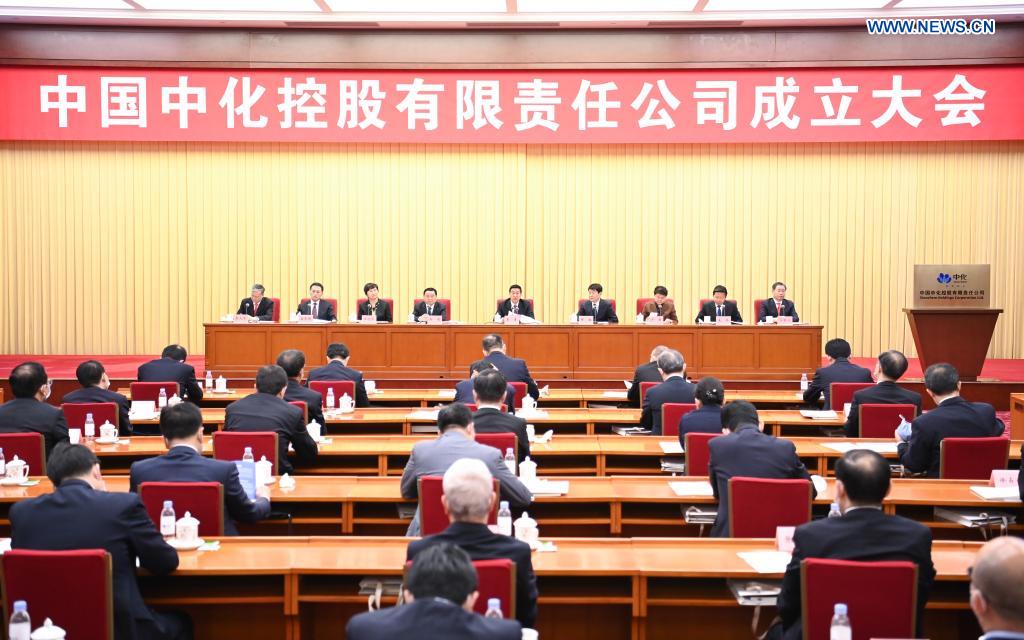 Chinese State Councilor Wang Yong speaks at the establishment ceremony of a new holding company as a result of the merger of Sinochem Group and ChemChina Group, two state-owned chemical giants, in Beijing, capital of China, May 8, 2021. (Photo: Xinhua)

Headquartered in Beijing, Sinochem Group was founded in 1950 and is a leading integrated operator in the oil and chemical industry. It provides agricultural inputs (seeds, agrochemicals, and fertilizers) and modern agricultural services. The company also exerts a strong influence on city operations and the non-banking financial services sector.

ChemChina Group is the largest chemical enterprise in China. Based in Beijing, it has production and research and development bases in 150 countries and regions worldwide. It also boasts a full-fledged marketing network. Enditem