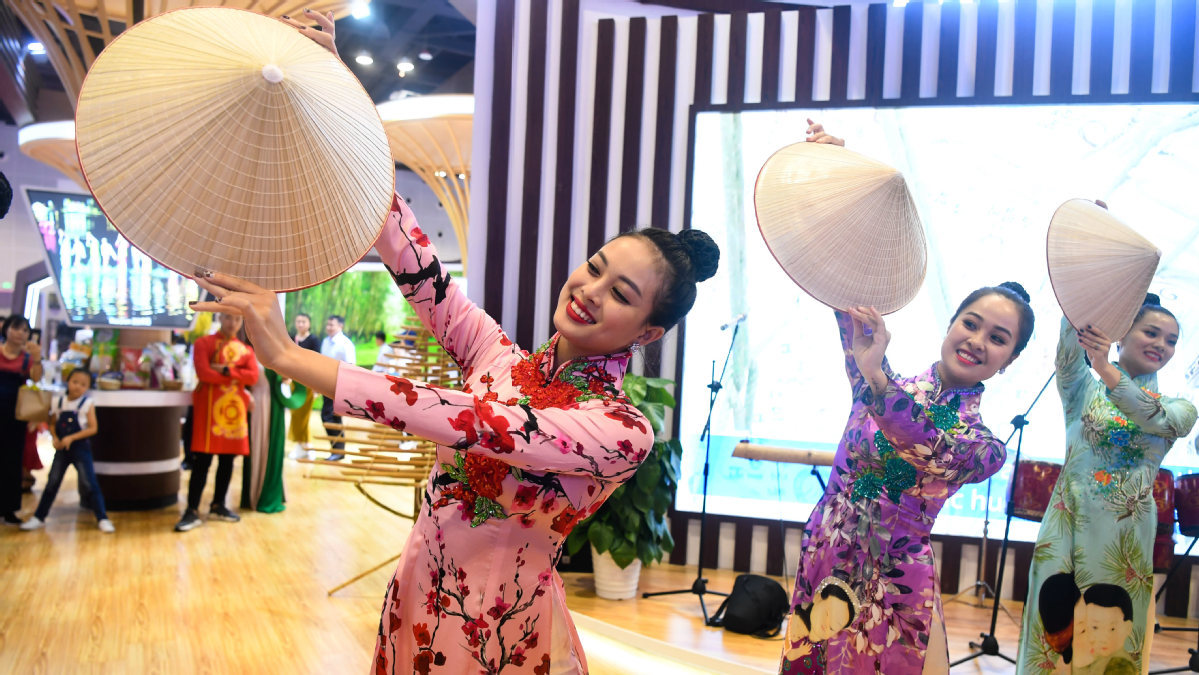 Performers from Vietnam showcasing their traditional dances at the Nanning International Convention and Exhibition Center in the Guangxi Zhuang autonomous region. (Photo: Xinhua)

Premier Li Keqiang on Thursday hailed the joint efforts made by China and the Association of Southeast Asian Nations to maintain strong momentum of China-ASEAN cooperation and ensure regional peace, stability, development and prosperity.

Li made the remark when attending the 23rd China-ASEAN (10+1) leaders' meeting via video link.

Despite contracting global trade, economic recession and serious disruptions to travel, two-way trade between China and ASEAN went up in the first three quarters of this year, and Chinese investment to ASEAN countries has increased 70 percent year-on-year. The association has become China's largest trading partner, according to Li.

Facing the unexpected COVID-19 pandemic, China and ASEAN have joined hands to fight the coronavirus and were among the first to open "fast tracks" and "green lanes" to facilitate flows of people and goods and support economic recovery, he said.

Seeing each other's development as opportunities, the two sides have aligned development plans and strengthened connectivity, and advocated multilateralism and free trade, he said.

Li said that China and ASEAN believe that countries should respect each other, seek common ground while shelving differences and settle differences and disputes through friendly consultations.

Such shared commitments have fostered a regional environment of peace and stability, he added.