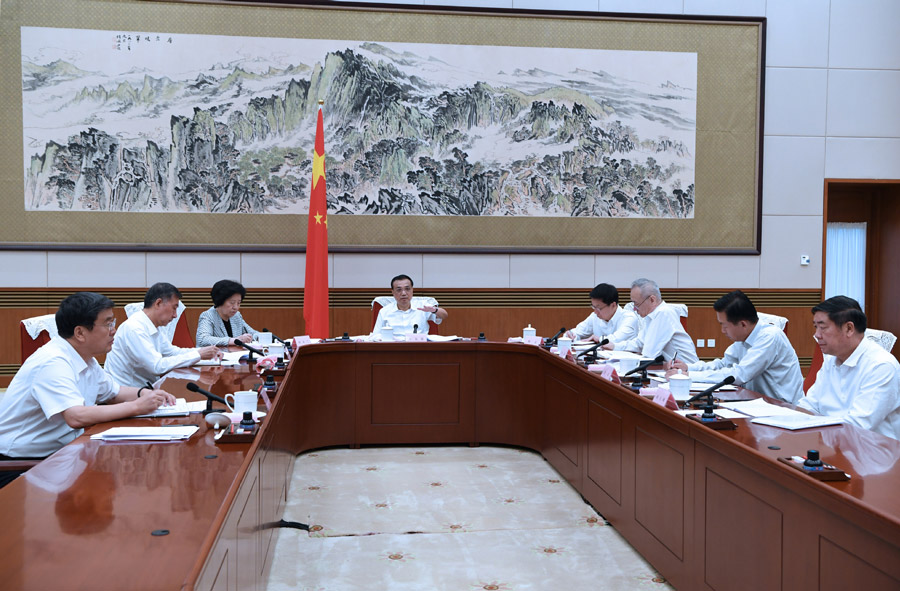 Western areas should continue with reform and opening-up and vigorously innovate to achieve high-quality development, said Li, who is also a member of the Standing Committee of the Political Bureau of the Communist Party of China (CPC) Central Committee and head of the State Council leading group on the development of western regions.

At a meeting of the leading group on Tuesday, the premier acknowledged the economic and social achievements in the regions, which have supported the country's development and offered significant assistance for the national strategy.

Li described the development in western regions as "a crucial and difficult point" for China to become a moderately prosperous society in all respects and achieve modernization.

Li pointed out local governments should continue to foster a more competitive "soft environment" in a bid to improve their endogenous development capacity.

Entrepreneurship and innovation should be promoted in a practical manner, Li said, urging measures to raise industrial competitiveness in western regions and greater steps to cultivate new growth drivers and restructure traditional sectors.

The inland regions should also vigorously push forward opening-up based on their own characteristics, according to Li.

The premier said China would accelerate a raft of major construction projects in western regions as part of the efforts to better economic structure, improve weak links and expand domestic demand. The central government will pump more capital into the areas and encourage local governments to attract private investment.

Governments should innovate in investment and operation mechanisms for urbanization projects that concern the environment and people's well-being, such as sewage treatment and refuse disposal.

Consumption environment will be improved to further unleash the potential of western markets, with online shopping and spending on cultural products and healthcare services promoted.

Li highlighted the people-centered development and the fact that China remains as the world's largest developing country, calling for continued efforts to improve people's livelihood in western regions.

China will take solid, precise actions to win the tough battle against poverty and work for equality in public services, Li said. Internet technologies will be used to let remote poor regions enjoy better education and medical services, and the employment and old-age care in western regions will also be enhanced.

Vice Premier Han Zheng attended the meeting. He is a member of the Standing Committee of the Political Bureau of the CPC Central Committee and deputy head of the State Council leading group on the development of western regions.