CHINA President Xi always cares about his friends in the countryside

President Xi always cares about his friends in the countryside

President Xi Jinping extended congratulations and sincere greetings to the vast number of farmers and people working in agricultural and rural fronts on the eve of the third Chinese farmers' harvest festival.

He encouraged the formation of a strong atmosphere of concern for agriculture, rural areas and farmers across the nation, thus making villagers live a more prosperous life.

"Our generation has the calling to lend a helping hand to our people, especially the farmers," Xi said when joining a group discussion with national political advisors from the economic sector at the third session of the 13th National Committee of the Chinese People's Political Consultative Conference on May 23.

"None of them should be left behind on the road to common prosperity."

During his domestic inspections, Xi went to the fields to see the harvest, visited households to see what they eat and talked with villagers about their daily life. 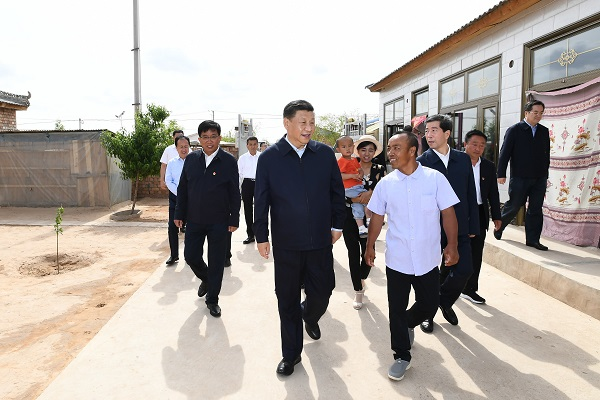 Accompanied by Liu, he looked around Liu's home. In the kitchen, he lifted the lid of the pot, opened the refrigerator and turned on the tap water, checking everything carefully.

Xi asked what difficulties the family still had.

"We got out of poverty two years ago," Liu said.

"A better life is yet to come," Xi replied.

He pointed out it was necessary to highlight the principal status of farmers, and always place the protection of their interests first. In order to develop rural industries, their development capabilities must not be removed or weakened.

Hundreds of millions of farmers continue to play the main role in emancipating and developing rural productive forces, and stimulating the vitality of rural areas for development, CCTV reported. 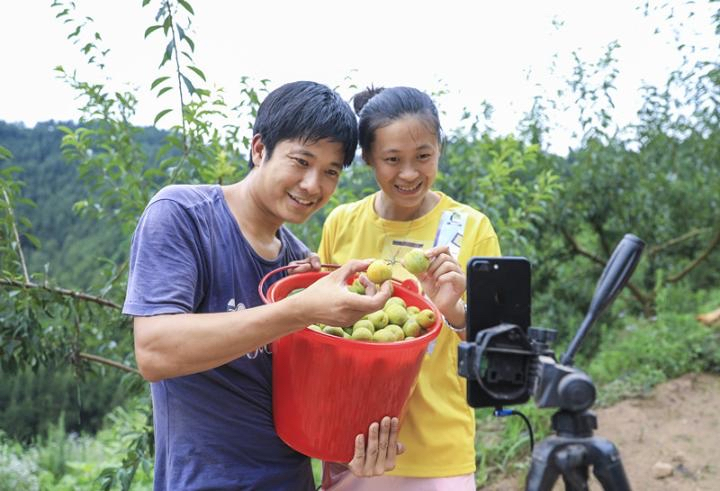 Cao Yuanbo and his wife, from a village in Southwest China's Chongqing, show fresh plums picked from their own garden via live broadcast to their fans. (Photo: CCTV)

Mobile phones are dubbed “new farm tools,” a live broadcast is “new farm work,” and data is “new agricultural material” for millions of farmers in China.

To help villagers sell goods online, governments have been setting up training courses.

A major agricultural province in China, Jilin serves as an important national commodity grain production base with its excellent location for corn and rice.

In July, Xi went to a farmers' cooperative in Lishu County during an inspection of Jilin. 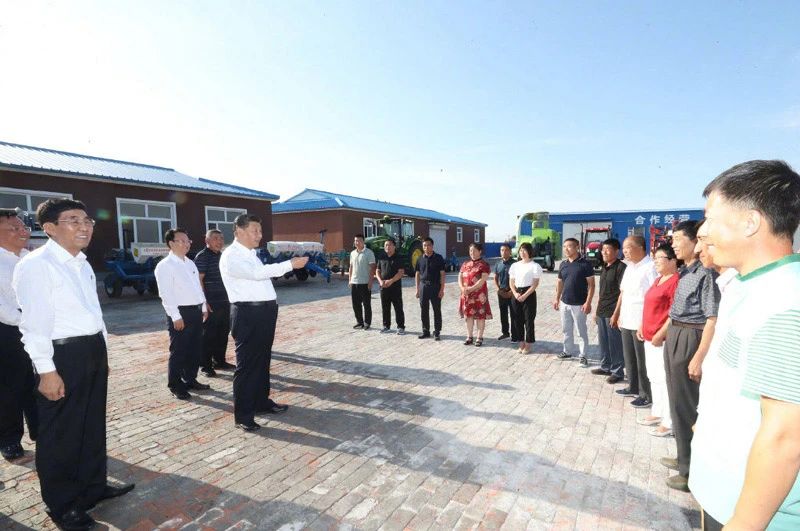 "How do you feel after joining the co-op?" Xi asked at a research meeting.

"Excellent," members of the cooperative responded one by one. "The land can be better planted by the co-op."

"Each year I can get more than 8,000 yuan as dividends, and soybean oil and white flour will be distributed to us as welfare during festivals.”

"Now, I am working as a driver of farm machinery in the co-op and receive a stable salary every month.”

"When I am free, I plant vegetables. I can sell them in the market for pocket money.”

Xi commented that the land has been circulated, and everyone is free to work in cooperatives or engage in sideline businesses to increase income through multiple channels. 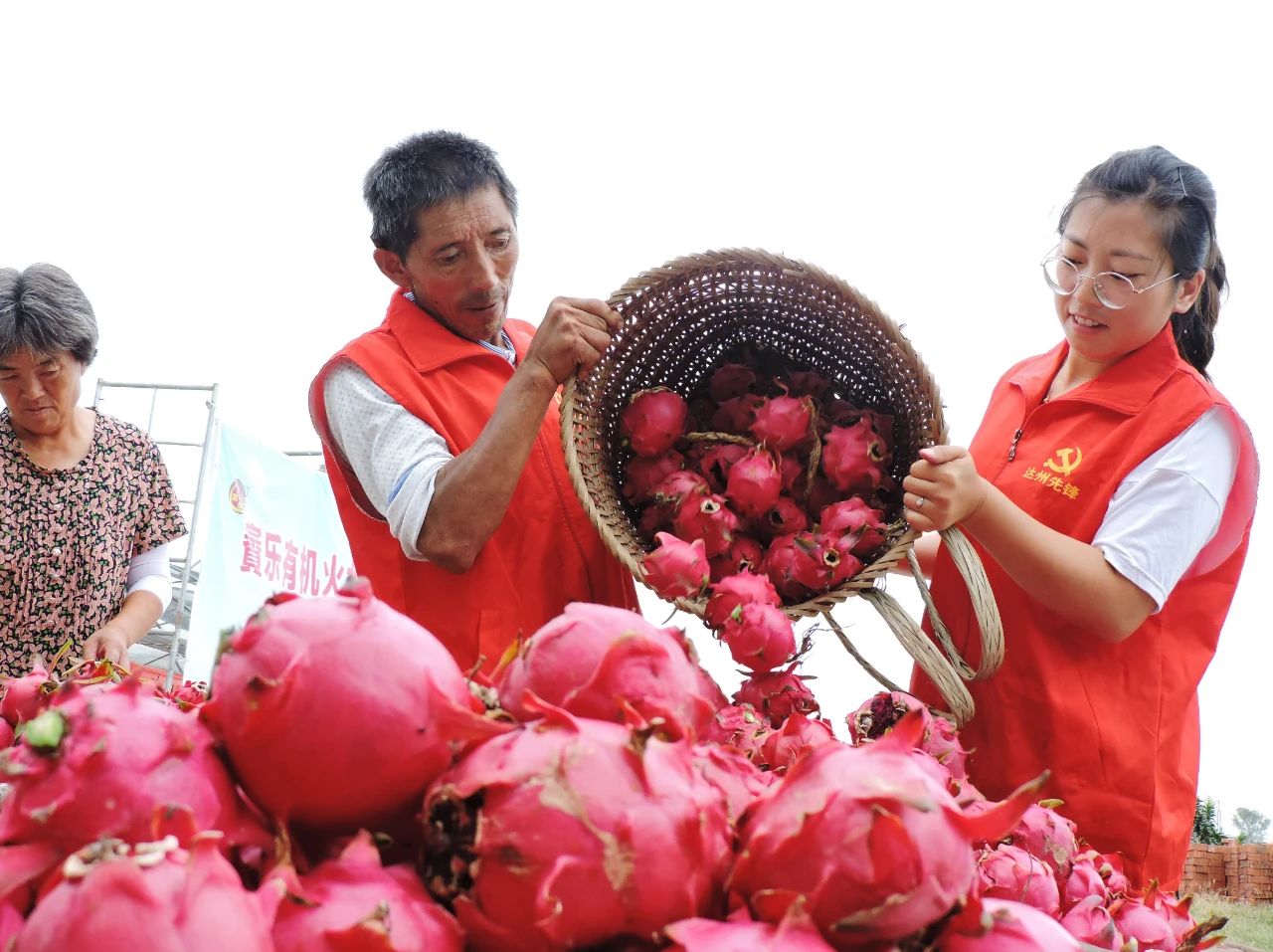 There were more than 2.2 million co-ops in China by the end of June 2020, according to the Ministry of Agriculture and Rural Affairs. Nearly half of the country’s farm households have joined one. 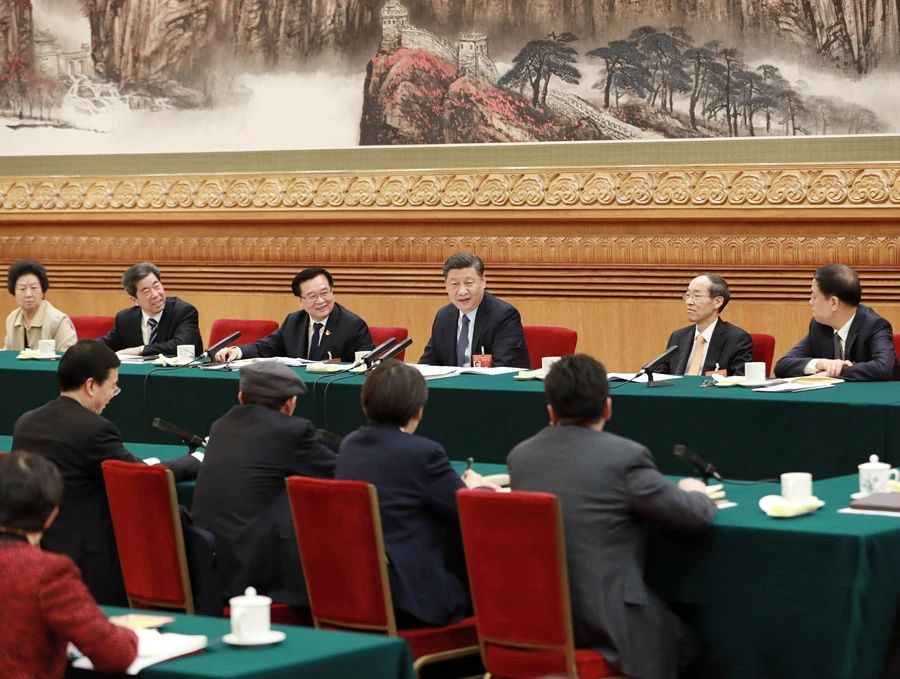 Xi has said modern countryside is a promising land and a field of hope when joining deliberation with deputies from Central China's Henan Province at the second session of the 13th National People's Congress.

During the deliberation, deputy Li Liancheng told eight dreams of the farmers, including getting rid of poverty, becoming rich, urbanizing locally, finding a good school for their children and having a good cultural venue in the village. 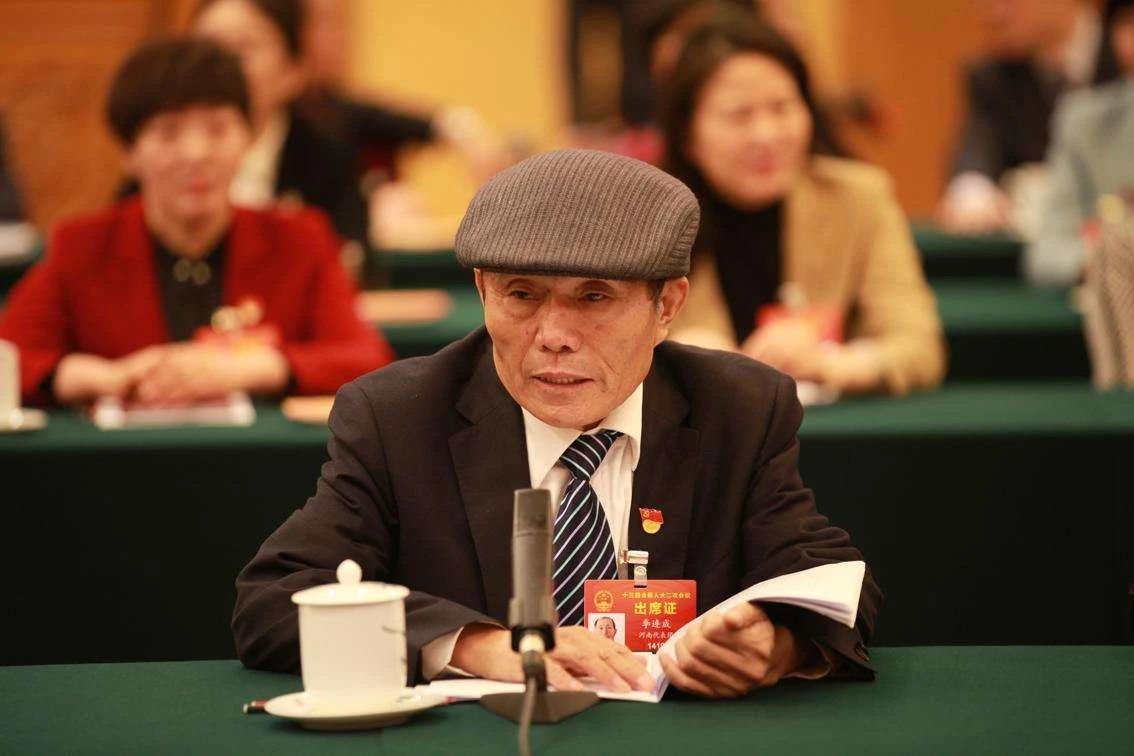 Xi answered: “Our purpose is to serve the people, which means we should act to meet the people’s needs for a better life. Our practice process needs to be down-to-earth and go forward step by step.”

Today many villages across China have seized the opportunity of implementing rural revitalization, developed agriculture and rural areas, consolidated the status of agriculture and deepened rural reforms. Many villagers have led a better life.

In the county city of Shaoshan in Central China’s Hunan Province, villagers have access to wide and flat roads and live in exquisite and elegant two-story buildings.

Zibo City in North China’s Shandong Province conducted a scientific and authoritative evaluation of the production technology and management capabilities of “farmer masters.” Ahead of the third Farmers’ Harvest Festival this year, 19 farmers in Zichuan District were awarded professional technical titles.

In Bishan District of Southwest China’s Chongqing, an agricultural big data center was established, and 50,000 farmers and about 20,000 hectares of fields were incorporated into the “Bishan Smart Agriculture Cloud”.

Professional technicians go down to the fields to teach farmers new techniques hand in hand. The locals use drones for plant protection or fertilization, rotary tillers to mow grass, and mobile apps to remotely water crops.

An ideal vision of a powerful agriculture, beautiful countryside and rich farmers is being realized in China step by step.