President Xi Jinping attaches great importance to food security. His interactions with Yuan Longping, the "father of hybrid rice" who passed away on Saturday, were heart-warming and memorable.

On September 29, 2019, when conferring Medal of the Republic to Yuan at the Great Hall of the People in Beijing, Xi had a brief conversation with him. 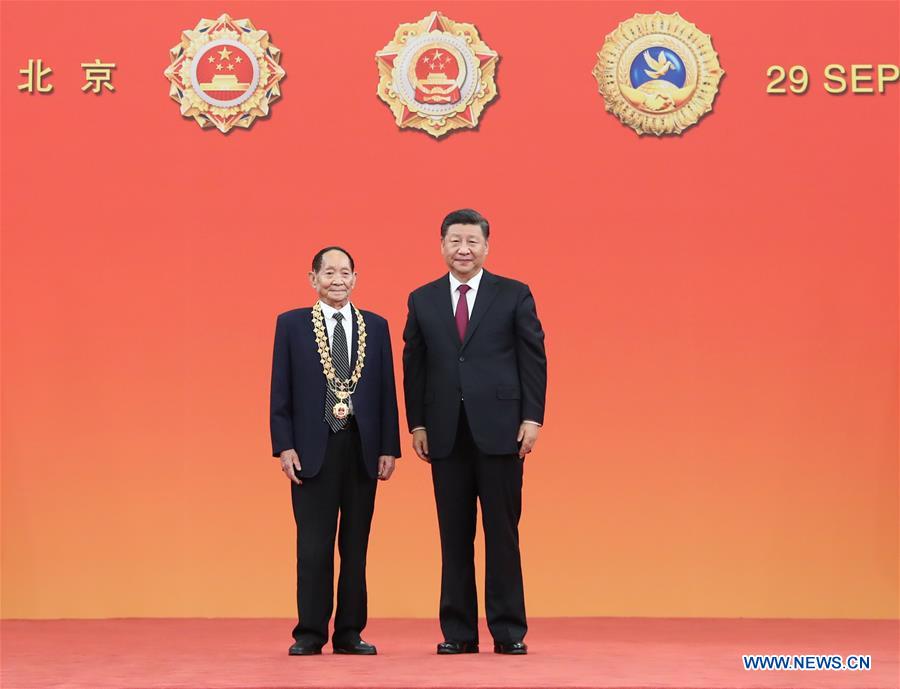 President Xi Jinping presents the Medal of the Republic to Yuan Longping at the Great Hall of the People in Beijing, capital of China, September 29, 2019. (Photo: Xinhua)

"He asked me about the progress [of my hybrid rice research]," Yuan told reporters after the ceremony. "I told him that we are dashing to the target of a yield of 1,200 kilograms per mu (about 667 square meters)."

"I was so excited. It's the highest honor and also a great encouragement," Yuan added.

On December 18, 2018, at a grand gathering to celebrate the 40th anniversary of China's reform and opening-up at the Great Hall of the People, Yuan was among the 100 reform pioneer medal winners honored by President Xi.

Another impressive conversation between Xi and Yuan came at an occasion when Xi visited recipients of the Model Workers title in Beijing on April 28, 2013, ahead of International Workers' Day, which falls on May 1. 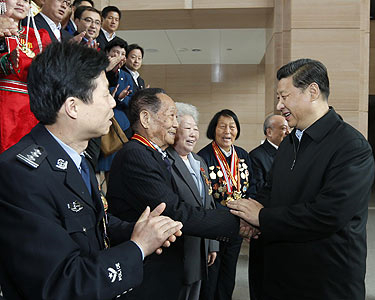 Xi shakes hands with Yuan when meeting with recipients of the "Model Workers" title in Beijing, April 28, 2013. (Photo: Xinhua)

Yuan, one of the recipients, shared his two dreams with Xi — hybrid rice plants become so large that people could cool themselves in the plants' shade, and hybrid rice is grown worldwide.

To better illustrate the dream, Yuan showed Xi a picture he drew. After looking at the picture, Xi commented, "Super rice, the grains are truly full."

Yuan then introduced his research target and plan. After that, Xi and the others present all applauded.

Xi said, "This is a great cause. Our country, and the whole world, still needs to fight for food security."

Another meeting between Xi and Yuan happened on April 12, 2018, when Xi inspected a super hybrid rice field in South China's Hainan Province. Xi talked with Yuan and other agricultural experts. 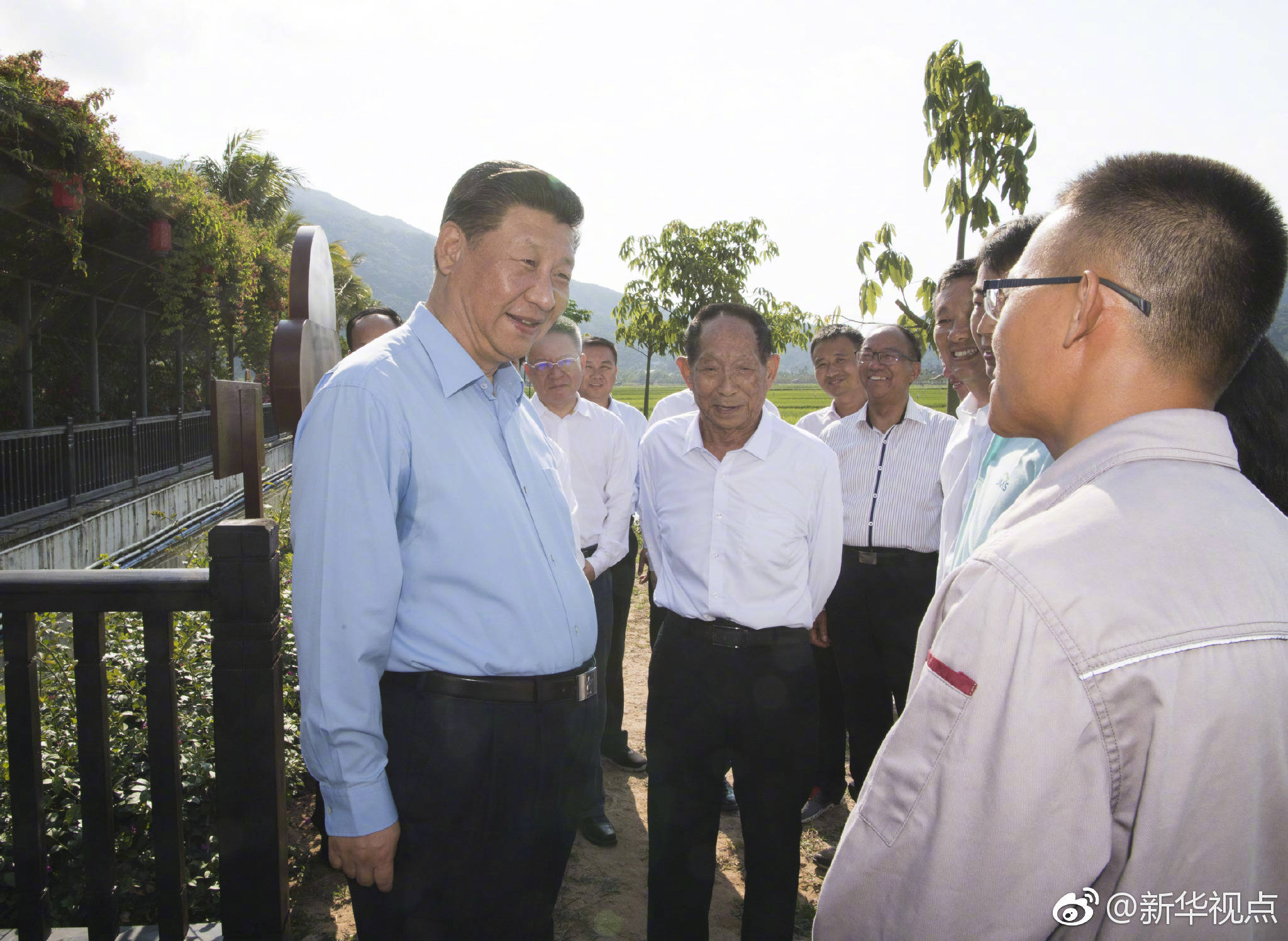 Xi talks with Yuan and other agricultural experts at a national seed production research base in South China's Hainan Province, April 12, 2018. (Photo: Xinhua)

"When Xi saw me, the first words he said were, 'You still look strong!'," Yuan recalled. Then they shared a firm handshake.

Xi previously met Yuan in 1998, when Xi was deputy secretary of the CPC Fujian Provincial Committee. At that time, Xi was in charge of agricultural work and cared a lot about seed issues.

A vast number of sci-tech workers have dedicated themselves to serving the country through their innovative thinking and practices, Xi noted.

Earlier, Yuan and 24 sci-tech workers wrote to Xi to express their determination to make contributions in the new era of innovation and entrepreneurship.

Xi's meetings and exchanges with Yuan show his care and respect for the scientist, and also his concern for the country's food security.

"Ensuring food security is always a top issue that concerns national development and people's well-being," Xi stressed on many occasions. "The rice bowl of the Chinese people, in any situation, must be firmly held in our own hands," he said.