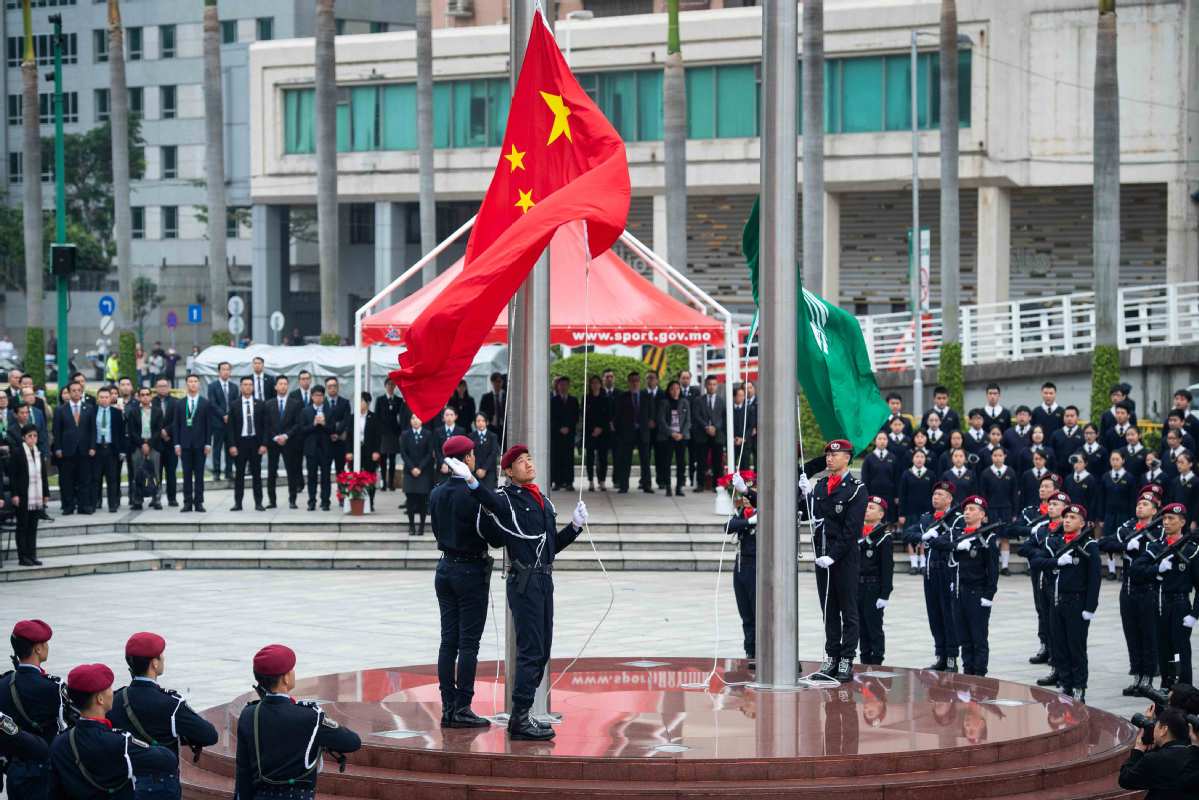 Macao's economy registered the fastest growth and livelihoods witnessed the biggest improvement over the past two decades, Xi said in a speech delivered at a welcome banquet marking the 20th anniversary of Macao's return to China, which falls on Friday.

"The past 20 years are also a period that saw Macao compatriots share dignity of the great motherland and enjoy the greatest sense of glory," said Xi.

Macao's historic achievements shall be attributed to the thorough implementation of "one country, two systems" principle, strong support from the central government and the mainland, the  Macao Special Administrative Region (SAR) government's active performance of duties and concerted and strenuous efforts of people from all walks of life in Macao, Xi said.

"I have deeply felt the fast changes in Macao since my last visit here five years ago. Macao compatriots, as masters of their own house, are in high spirits. The Macao SAR's steps forward are firm and strong," he said.

Xi sid the Macao practice of "one country, two systems" has new commendable aspects: "Loving the motherland and loving Macao" becoming a core value of the whole community, the authority of the Constitution and the Basic Law being firmly upheld, the executive-led system functioning smoothly, Macao actively integrating itself into the national development, and social inclusiveness and harmony creating great power to unite the people of Macao.

Xi said the Chinese nation has achieved a tremendous transformation: it has stood up, grown rich, and is becoming strong.

"This is an era of great development and great achievements for the Chinese nation and also an era of common prosperity and common progress for Macao and the mainland," he said.

Xi said the practice of "one country, two systems" with Macao characteristics would surely achieve greater success, with Macao compatriots making greater contribution to the realization of national rejuvenation.

Macao SAR Chief Executive Chui Sai On in his speech said "the most valuable" experience in Macao's successful practice of "one country, two systems" is "the full and accurate implementation of the Constitution and the Basic Law."

The core is the accurately understanding and wholeheartedly upholding of the political system and core values of the country, Chui said.