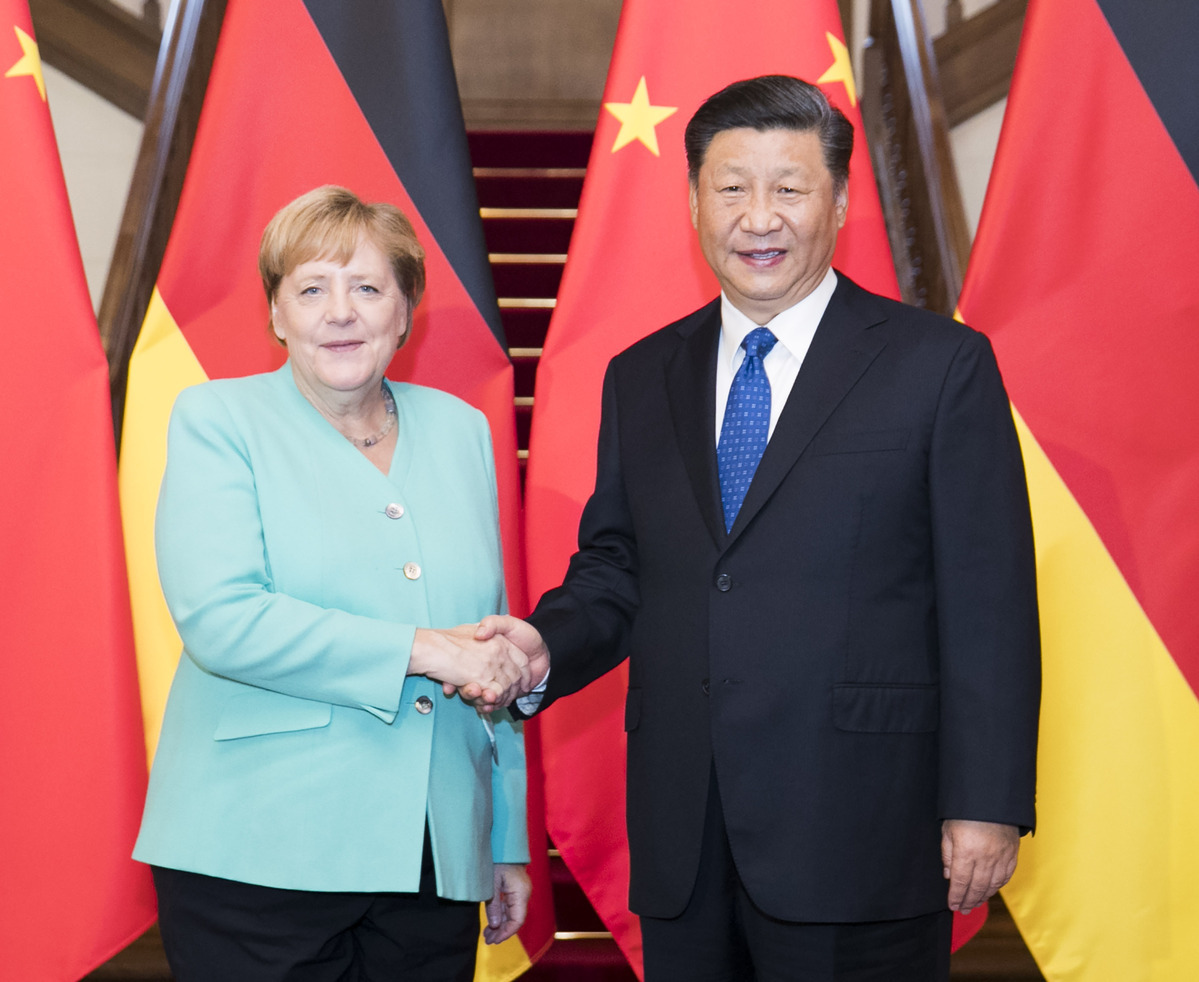 President Xi Jinping said on Wednesday that China is willing to bolster coordination and cooperation with all other nations to send a message of solidarity and unity in fighting COVID-19 and to shore up global confidence.

Xi made the remark in a telephone conversation with German Chancellor Angela Merkel ahead of the G20 special summit on the pandemic.

He urged more coordinated macroeconomic policies between different countries to stabilize markets, growth and employment and to guarantee public well-being while ensuring the openness, stability and security of global supply chains.

Xi said it is important to give equal consideration to immediate and long-term issues and coordinate domestic and global impacts of policies and promote the opening of markets.

Merkel said G20 members should step up coordination and cooperation, support each other and take up a leading role in conquering the crisis and stabilizing the global economy.

Xi had a busy diplomatic agenda on Tuesday night as he held phone conversations with the Brazilian, Kazakh and Polish presidents, during which he reiterated China's vision of a community with a shared future for mankind to unite the global coronavirus response.

During the calls, Xi reiterated China's dedication to working together with different countries in safeguarding global public health security and contributing its efforts to curb the global spread of the virus.

He also pledged China's firm support and help to the three countries in fighting COVID-19.

The response to the global public health crisis has further amplified the urgency and importance of building a community with a shared future for mankind, Xi said while speaking with Kazakh President Kassym-Jomart Tokayev.

Viruses know no borders, and epidemics do not discriminate between races, he said, adding that only through unity and coordination can the international community conquer the pandemic and safeguard the common home of human beings.

The pandemic is only temporary, but cooperation is everlasting, Xi said, adding that while COVID-19 has posed challenges to China-Kazakhstan cooperation, it has also spawned new opportunities.

He called on both nations to expand cooperation in digital economy and healthcare and to foster new sources of growth for bilateral ties.

Tokayev said the Chinese people, under the wise leadership of Xi, have accomplished outstanding achievements in epidemic containment, which also has given confidence and hope to people around the world.

The world has witnessed the remarkable level of China's healthcare system and the high level of professionalism among its medical workers, and China has again showcased its highly efficient governance capacities in dealing with complex difficulties and challenges, he said.

During the conversation with Polish President Andrzej Duda, Xi hailed the people as the true heroes in serving as the source of strength and confidence for China to fight the virus. Xi said the 1.4 billion Chinese people have put up a tenacious fight with great solidarity and steadfast resolve.

Xi also commended the country's medical workers for risking their own safety－even their lives－to save others, saying that their noble spirit touched him deeply.

The country will definitely overcome all difficulties and obstacles and realize the great rejuvenation of the Chinese nation as long as it relies fully on the strength of its people, he said.