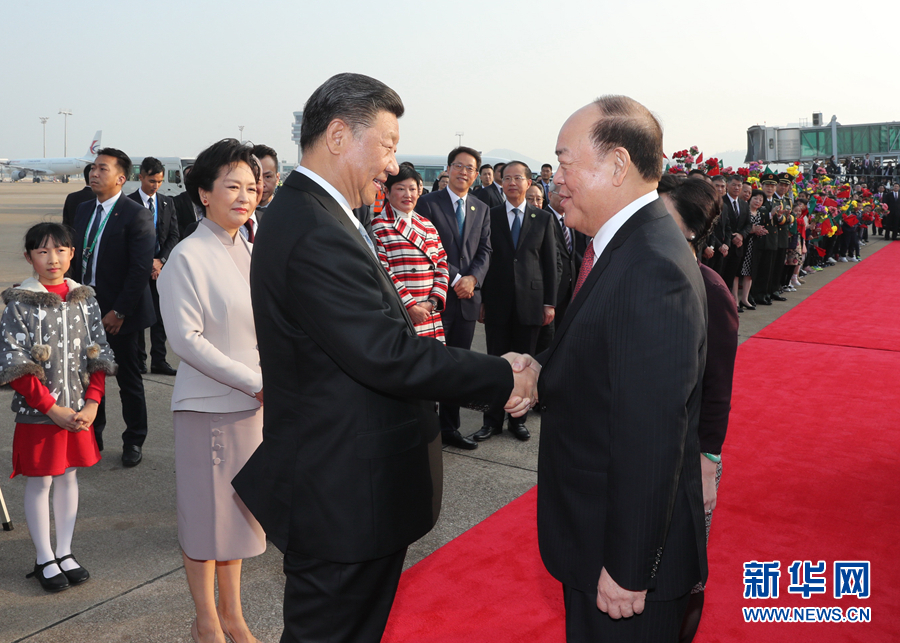 MACAO, Dec. 20 (Xinhua) -- Chinese President Xi Jinping wrapped up his trip to Macao and left for Beijing Friday afternoon, after attending celebrations marking the 20th anniversary of Macao's return to the motherland and the inauguration of the fifth-term government of Macao Special Administrative Region (SAR), among other activities.

During his stay in Macao, he attended a welcome banquet held by the SAR government and a gala, met with former chief executives of Macao SAR Ho Hau Wah and Chui Sai On, the fifth-term Chief Executive of Macao SAR Ho Iat Seng, principal officials of the SAR government, representatives of disciplined forces and all walks of life, and Chief Executive of Hong Kong SAR Carrie Lam.

Xi, also general secretary of the Communist Party of China Central Committee and chairman of the Central Military Commission, inspected the Chinese People's Liberation Army Garrison in Macao, and also had extensive exchanges with Macao residents.

At the seeing-off ceremony, Macao children presented bouquets of flowers to Xi and his wife Peng Liyuan. Xi waved goodbye to the crowd.