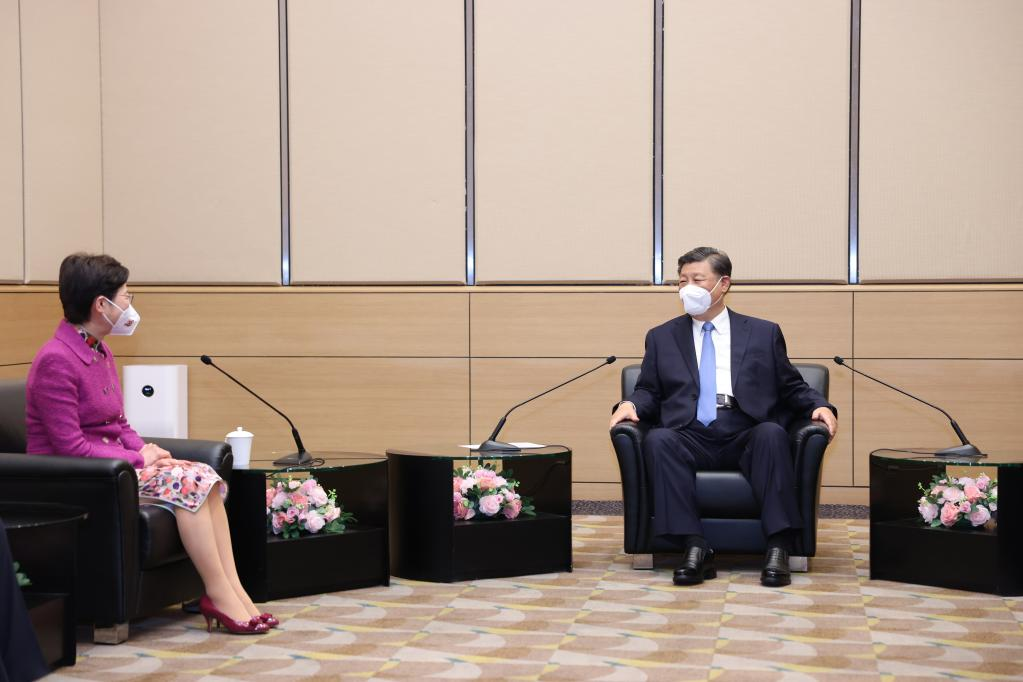 Xi is in Hong Kong to attend events marking the 25th anniversary of Hong Kong's return to the motherland.

With the firm support of the central authorities, Lam has faithfully fulfilled her constitutional responsibilities as the chief executive and unswervingly implemented the "one country, two systems" policy and the Basic Law of the HKSAR over the past five years, Xi said.

Lam has led the HKSAR government in exercising law-based governance and united people from all walks of life to end violence and chaos and restore order in Hong Kong, fight COVID-19 and integrate into national development, Xi noted.

Lam has made arduous efforts and vital contributions to safeguarding national sovereignty, security and development interests, maintaining Hong Kong's prosperity and stability, implementing the principle of "patriots administering Hong Kong," and enabling Hong Kong to achieve a major transition from chaos to order, he said.

Xi said he hopes that Lam will actively support the incoming chief executive and the new-term HKSAR government in exercising law-based governance and continue to contribute to the development of Hong Kong and the motherland.

Lam expressed her heartfelt thanks to Xi for visiting Hong Kong amid the COVID-19 epidemic, adding the visit fully demonstrates Xi's care for Hong Kong compatriots.