BEIJING, Nov. 22 (Xinhua) -- President Xi Jinping on Friday met with former U.S. Secretary of State Henry Kissinger, expressing hope that the veteran diplomat will enjoy many more healthy years ahead and continue to be a promoter of and contributor to Sino-U.S. relations. 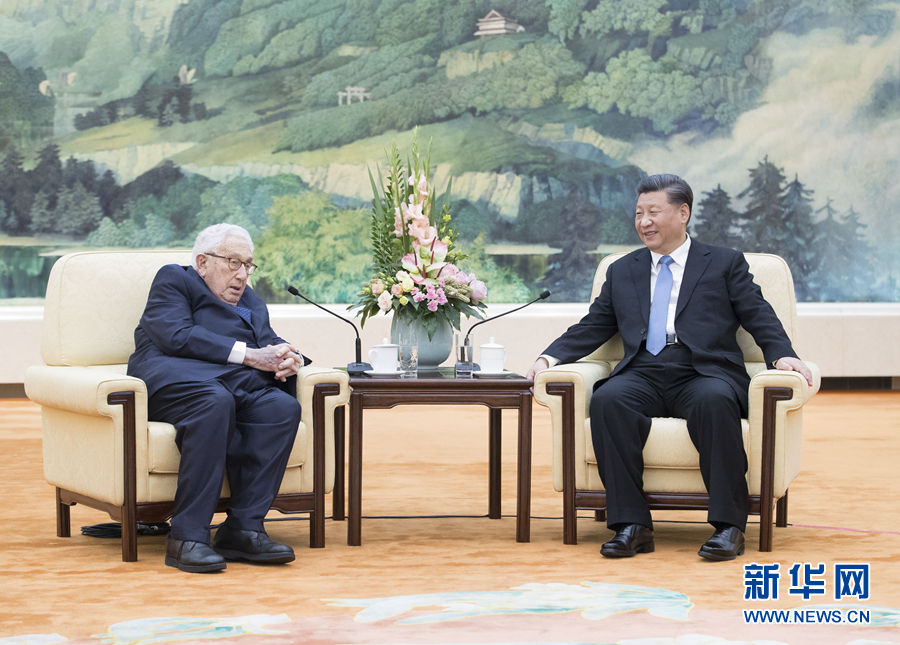 Xi appreciated the sincere feelings and positive efforts Kissinger devoted to promoting the development of Sino-U.S. relations over the decades, saying that Kissinger will be remembered for his important contributions in history.

Decades ago, Kissinger, with profound historical insights and a deep understanding of traditional Chinese culture, worked together with the then-leaders of the two countries to advance the normalization of Sino-U.S. relations despite the two countries' different national conditions. To this day, this pioneering move continues to exert great influence on the two countries and indeed the world, Xi noted.

"At present, Sino-U.S. relations are at a critical juncture facing some difficulties and challenges," said Xi, calling on the two countries to enhance communication on strategic issues, avoid misunderstanding and misjudgment, and improve mutual understanding.

"The two sides should proceed from the fundamental interests of the two peoples and the people of the world, respect each other, seek common ground while reserving differences, pursue win-win results in cooperation, and promote bilateral ties to develop in the right direction," said Xi.

Kissinger said he had visited China for nearly 100 times in the past 50 years and had witnessed the huge changes that have taken place in the country.

Over the past 50 years, the bilateral relations had experienced fluctuations, but the general direction has always headed forward, Kissinger said.

Today's world has changed a lot and the importance of U.S.-China relations is more prominent, said Kissinger, who suggested that the two sides should strengthen strategic communication, work to find ways to properly resolve differences and expand exchanges and cooperation in various fields, which will be of vital importance to both countries and the world.