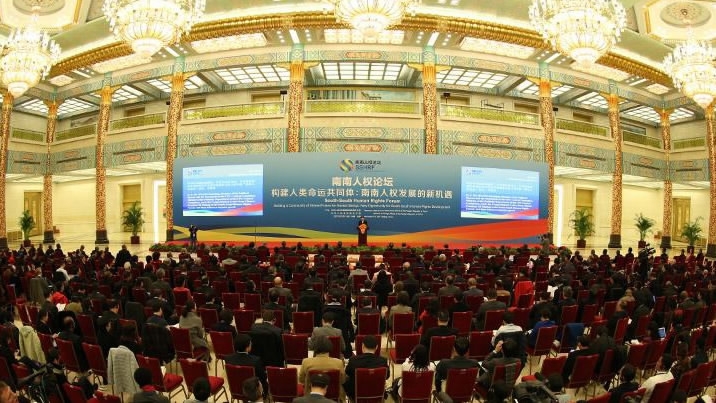 Chinese President Xi Jinping has called on the international community to respect and reflect the will of the people in developing countries in human rights development.

Xi made the remarks in a congratulatory message to the South-South Human Rights Forum, which opened in Beijing Thursday.

"It is important for the international community to respect and reflect the will of the people in developing countries in the spirit of justice, fairness, openness and inclusiveness," the message said.

He extended "warm congratulations" on the convening of the forum, which will discuss the promotion of human rights in developing countries and the world.

"It is the lofty ideal of mankind that everyone enjoys human rights to the full," the message read.

In the past few decades, people in the developing world have fought long and hard for national liberation and independence, for freedom and equality, for dignity and happiness, and for peace and development, the message said. 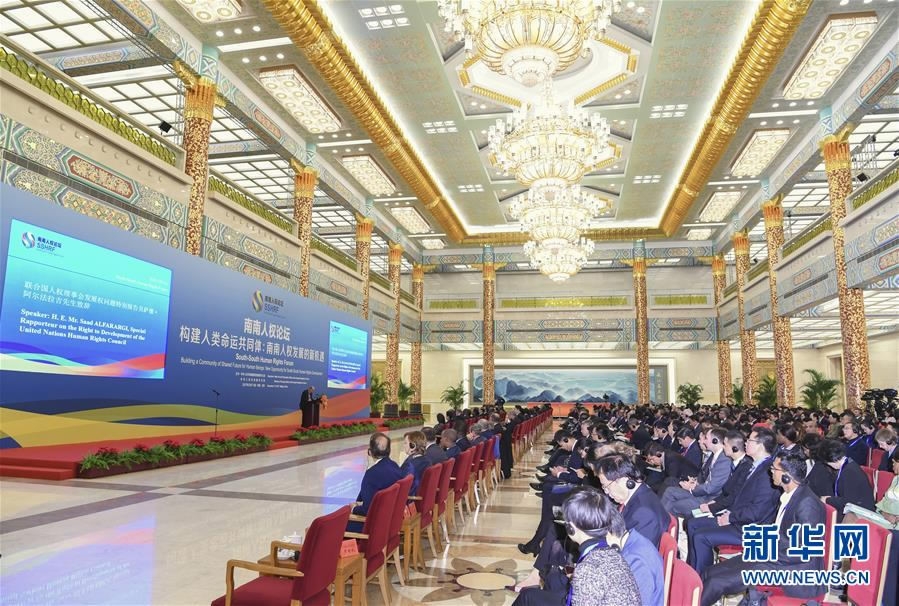 "By doing so, they have also contributed significantly to the progress of human rights in the world," it read.

The message said that following a people-centered development philosophy, the Communist Party of China (CPC) and the Chinese government have always placed people's interests above everything else, and worked hard to meet people's desire for a better life and improve respect for, and protection of, the fundamental rights of the Chinese people.

The development blueprint outlined at the 19th CPC National Congress will give a strong boost to human rights development in China and make new and even greater contributions to the progress of mankind, according to Xi's message.

Noting the development of human rights worldwide cannot be achieved without the joint efforts of developing countries, which account for more than 80 percent of the world's population, he stressed that human rights must and can only be promoted in light of specific national conditions and people's needs.

"The Chinese people would like to work in concert with people in other developing countries and beyond to advance development through cooperation, promote human rights through development, and build a community with a shared future for human beings," the message read.

The message was read by Huang Kunming, a member of the Political Bureau of the CPC Central Committee, at the opening ceremony of the forum.

The important thoughts on building a community with a shared future for human beings proposed by Xi offered Chinese wisdom and solutions toward a  fairer and more reasonable global human rights governance, said Huang, who also heads the publicity department of the CPC Central Committee.

The two-day forum attracted more than 300 officials and scholars from over 70 countries and international organizations.