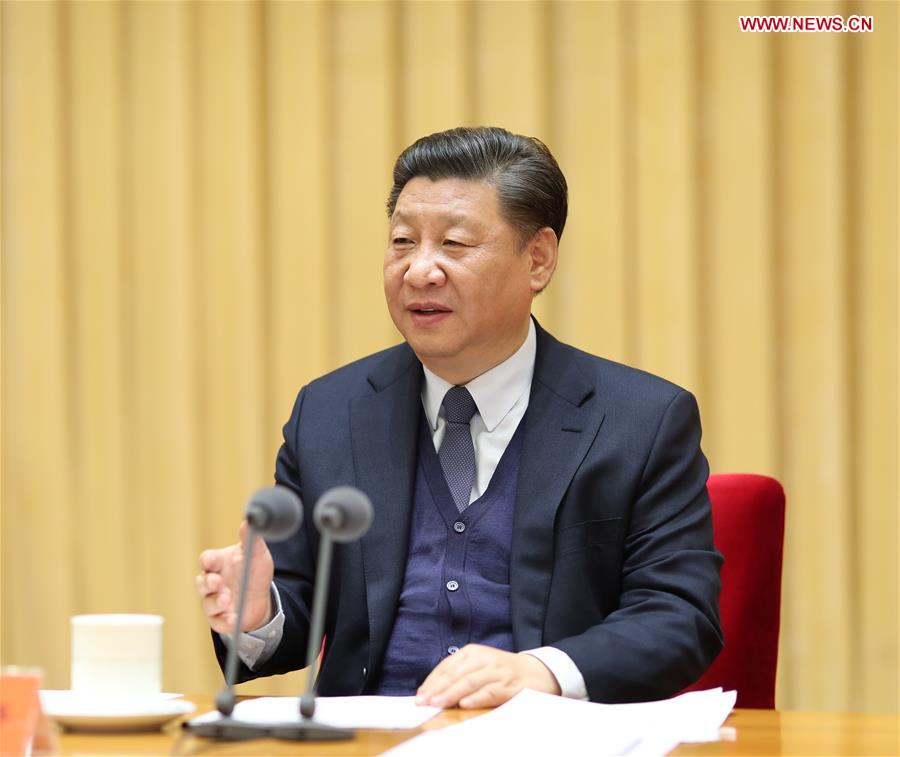 Chinese President Xi Jinping, also general secretary of the Communist Party of China (CPC) Central Committee and chairman of the Central Military Commission, delivers a speech at the central conference on political and legal work in Beijing, capital of China. The conference was held in Beijing on Tuesday and Wednesday. (Photo: Xinhua)

Xi, also general secretary of the Communist Party of China (CPC) Central Committee and chairman of the Central Military Commission, made the statement in a speech to the central conference on political and legal work held in Beijing Tuesday and Wednesday.

He instructed law enforcement and judicial agencies to enhance their revolutionary spirit, standardize their practices and improve competence.

Xi demanded more efforts to enhance law enforcement in key areas that matter to the immediate interests of the public so that they can be provided with cleaner air and water, safer food and faster traffic in a more harmonious society.

Xi underlined the need to improve the law-based social governance model under which Party committees exercise leadership, the government assumes responsibility, non-governmental actors provide assistance and the public gets involved. Thus, a social governance system based on collaboration, participation and common interests can be established, he said.

Xi stressed the principle of rule of law so that "law-abiding members of society can feel proud and elated, while lawbreakers shall find it difficult to move one step."

Xi also spoke of the need to make more efforts on the development of crime prevention and control system, which is multifaceted and features IT application.

Describing mafia-like gangs as "the cancer of society", Xi vowed to maintain high-handed pressure and continue to crack down on such crimes to achieve a three-year term target.

Xi urged law enforcement and judicial agencies to push for breakthrough development at a higher level and build a functional system that is optimized, coordinated and efficient.

On plans to improve the system of power checks and supervision, Xi said efforts should be focused on prominent problems that prompt the strongest public reaction and resolutely guard against slack law enforcement, miscarriage of justice, breaking the law while in charge of law enforcement and judicial corruption.

Xi called on law enforcement and judicial agencies to provide convenient, efficient, smart and targeted public services that are equitable and beneficial for all.

Efforts should be made to accelerate the establishment of legal service networks that can offer full services accessible at all times and for people from different regions, Xi noted.

Xi also stressed stepping up the building of a safety protection system to safeguard the legitimate rights and interests of the country's overseas institutions and working staff.

Greater emphasis should be placed on strengthening competence of law enforcement and judicial officials, Xi said, urging Party organizations and leading officials at all levels to support judicial organs in exercising power in a law-based, independent and impartial way.