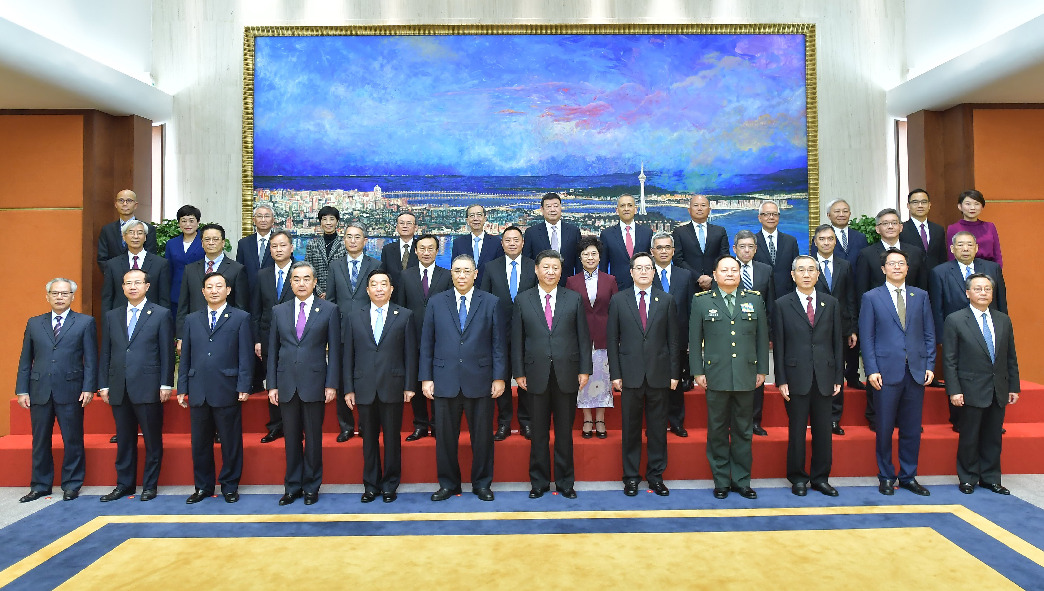 When meeting with them, Xi said the administrative, legislative and judicial organs strictly abided by the Constitution and the Basic Law of the Macao SAR and performed duties well under the leadership of Chief Executive Chui Sai On over the past five years.

"The central government fully acknowledges the work of all of you," said Xi.

He stressed the necessity to unswervingly uphold and resolutely maintain an executive-led system with the chief executive at the core in the SAR, which is stipulated in the Basic Law.

Under the system, said Xi, principal officials and heads of legislative and judicial organs can perform their own duties while coordinating well in order to jointly push forward the steady implementation of "one country, two systems."

Xi also wished that they would continue to support the chief executive and the SAR government, and contribute wisdom and strength to the cause of "one country, two systems."

Xi arrived here on Wednesday to attend celebrations marking the 20th anniversary of Macao's return to the motherland and the inauguration of the fifth-term government of the Macao SAR scheduled on Friday.