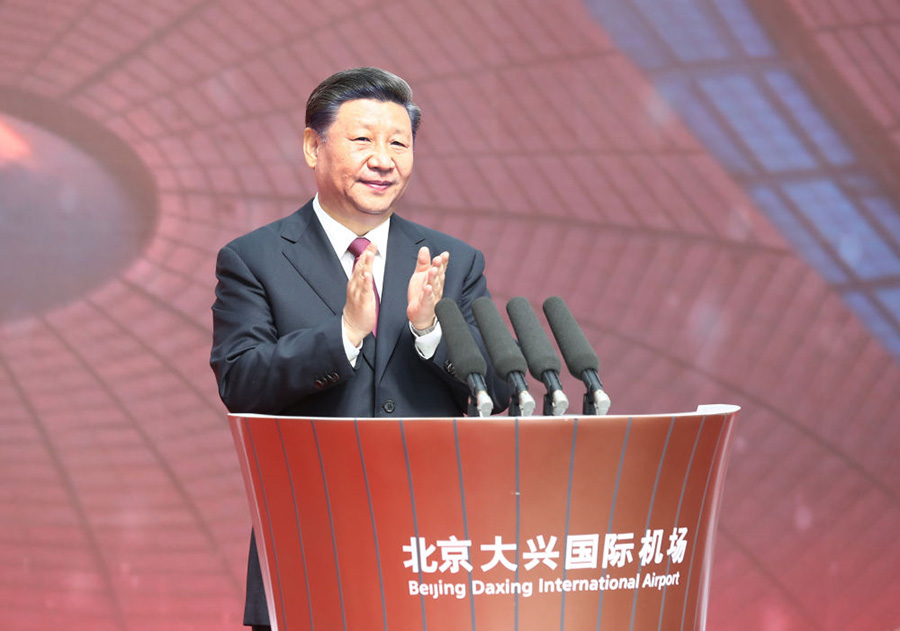 Five days before the 70th anniversary of the founding of the People’s Republic of China, Chinese President Xi Jinping attended the opening ceremony of the Beijing Daxing International Airport and announced its official opening.

Xi stressed that the new airport, which was built in less than five years and was smoothly put into operation, has shown China’s prowess in engineering construction. It is also a display of the political advantages of the CPC leadership and China’s socialist system that can mobilize all resources to make great achievements. 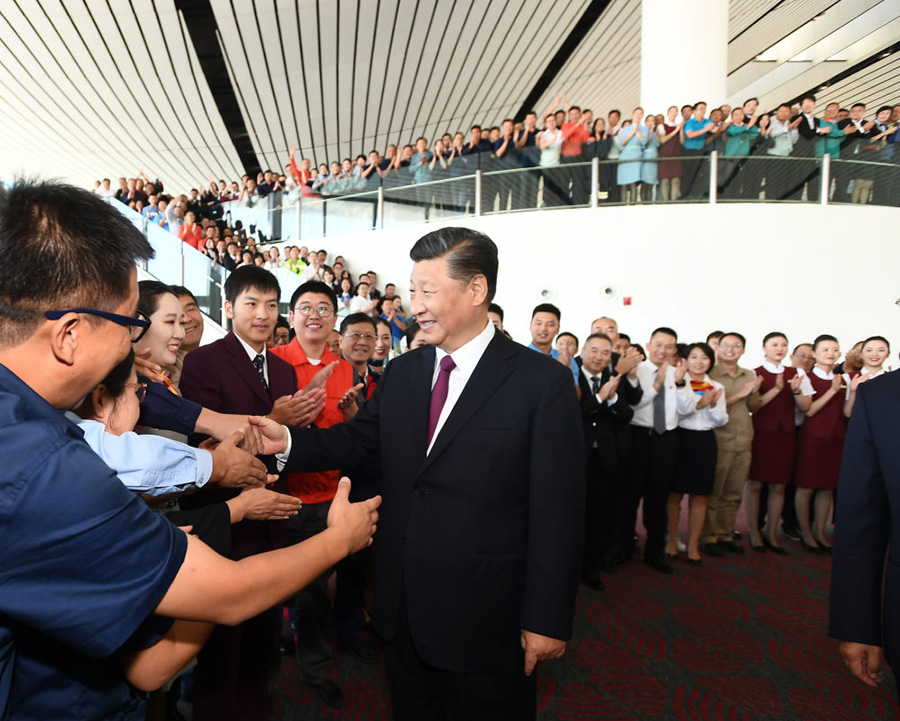 Beijing Daxing started construction on the new airport project in December 2014. As far back as 2017, President Xi inspected the under construction airport and emphasized its importance for regional coordinated development. He put forward specific requirements and called for advanced management concepts and experiences to build a model for China’s infrastructure construction. Two years after that, President Xi delivered the world-class aviation hub to the world. 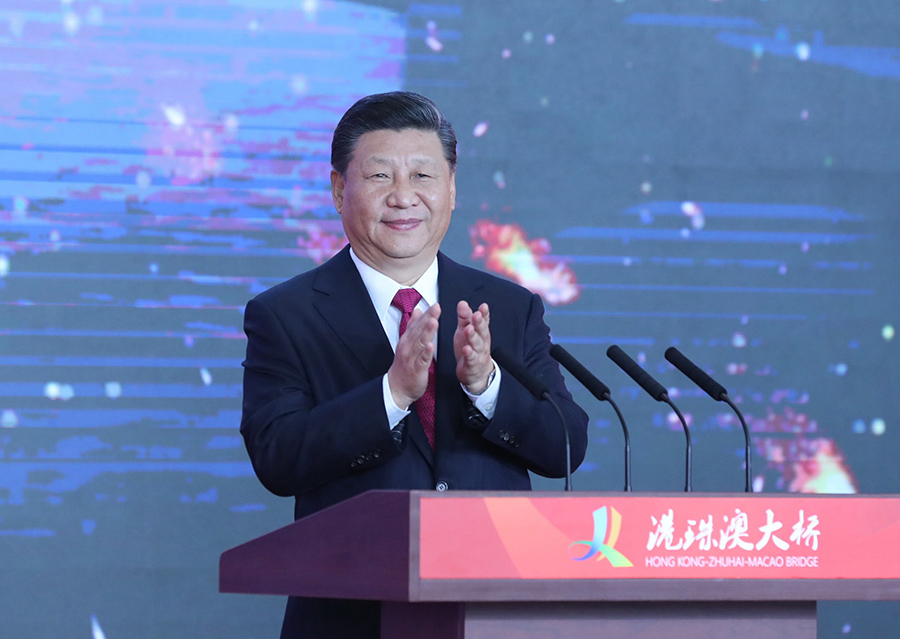 The importance Xi gives to the Daxing airport is reminiscent of the scene last year when the HongKong-Zhuhai-Macao Bridge was officially opened.

Xi announced its opening and praised builders of the bridge for breaking a number of world records and demonstrating the nation's spirit of striving to overcome any difficulties, national strength, the innovative ability, and the aspiration to be the world's best. 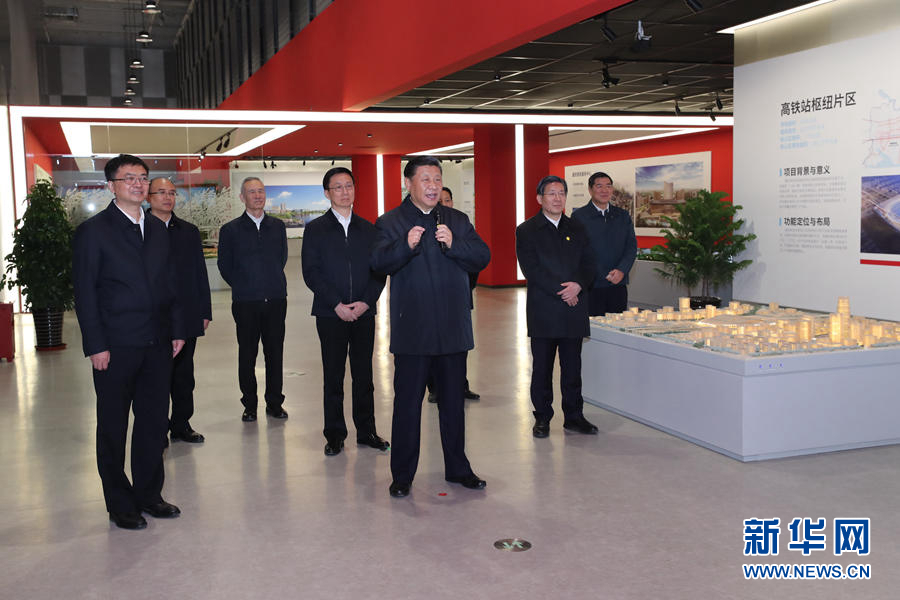 At the beginning of the year, President Xi visited Xiongan New Area in north China’s Hebei Province. He made a video call with construction workers at the Xiongan Station of Beijing-Xiongan intercity railway and expressed sincere thanks and warm greetings to them.

The east route of the south-to-north water diversion project has pumped water from the Yangtze River in the south to the drought-prone north, and over 100 million people in northern China have benefited from the massive project. President Xi praised the project as a strategic infrastructure that affects the national economy and people’s livelihood. 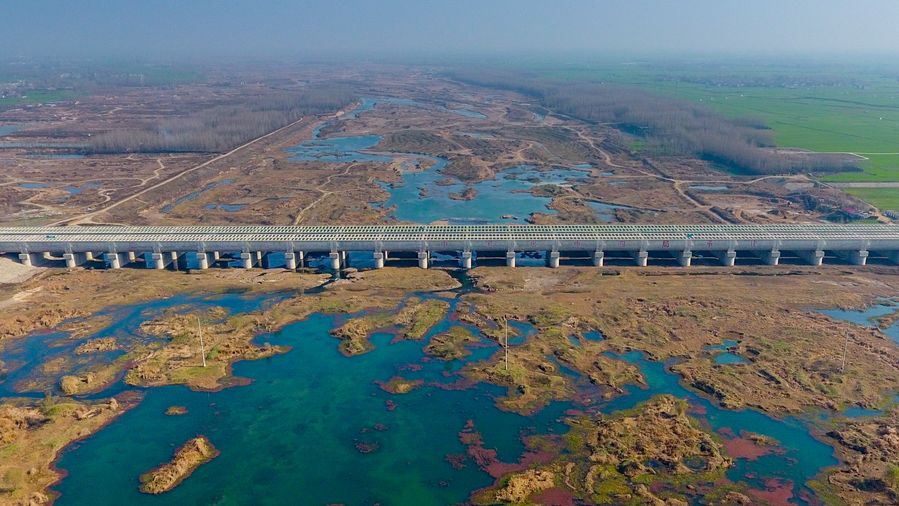