It has been 15 years since Chinese President Xi Jinping put forward the idea "lucid waters and lush mountains are invaluable assets." In his opinion, green ecology is the largest fortune, advantage and brand.

"The path of green development is correct and should be followed" 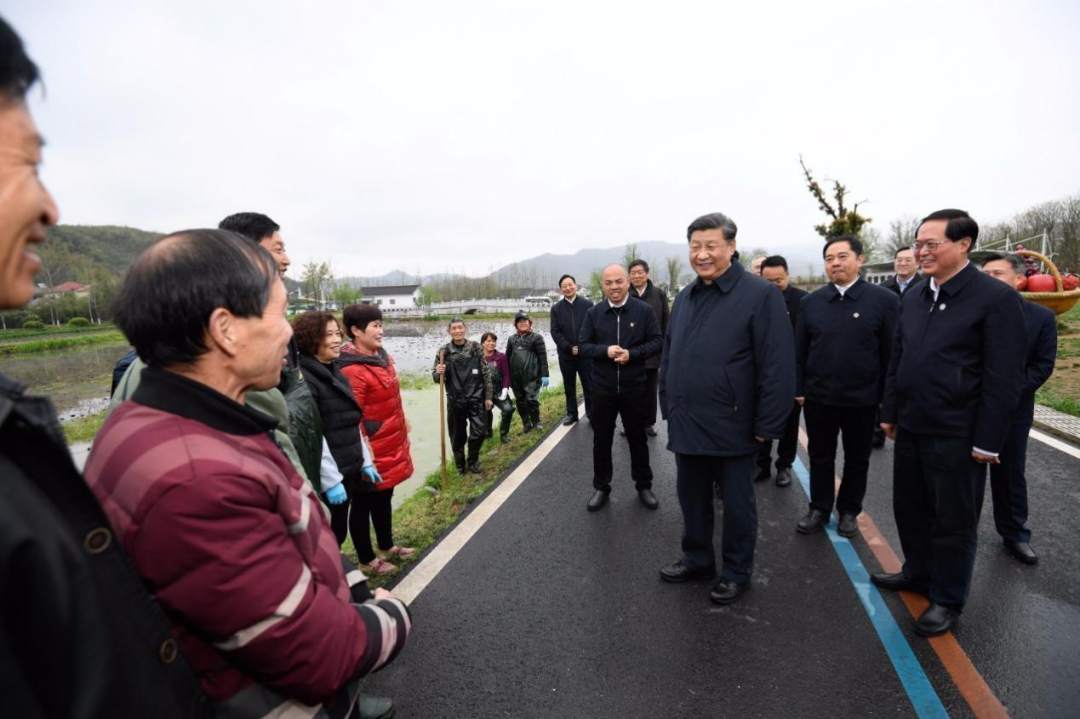 In the 1970s, Yucun developed fast through mining and setting up factories, but the pollution worsened.

Troubled by smoke all over the sky and workplace accidents, the villagers made up their minds to shut down the mines and cement plants in pursuit of a new model of green development.

He spoke highly of the village's decision to promote green development and raised the idea that "lucid waters and lush mountains are invaluable assets."

A week later, Xi interpreted the concept in a newspaper article. He wrote, "If the advantage in eco-environment can be transformed into the edge in boosting the ecological economy like eco-agriculture, eco-industry and eco-tourism, the lucid waters and lush mountains will become mountains of gold and silver."

For the past 15 years, Yucun has carved out a sustainable development path with a sound environment, booming industries and high incomes. Beautiful village construction bore fruit in Yucun.

In the inspection tour of Yucun 15 years later, Xi said the achievements of Yucun proved that the path of green development was correct and should be followed.

Walking into the first guesthouse after the closure of the mine and adoption of green development in Yucun, Xi stressed the philosophy of "lucid waters and lush mountains are invaluable assets" had become a societal consensus and an important part of the new development concept.

Economic development should not be achieved at the expense of the environment, and to protect the environment is to develop the productive forces, he said.

President Xi encouraged Yucun to persist with sustainable development, ensure eco-protection and advance diverse businesses so that the environmental benefits could be transformed into economic and social benefits.

"The development of tourism should not destroy the environment"

On March 31, President Xi visited the Xixi National Wetland Park in Hangzhou, capital city of Zhejiang Province and inspected its conservation and development. 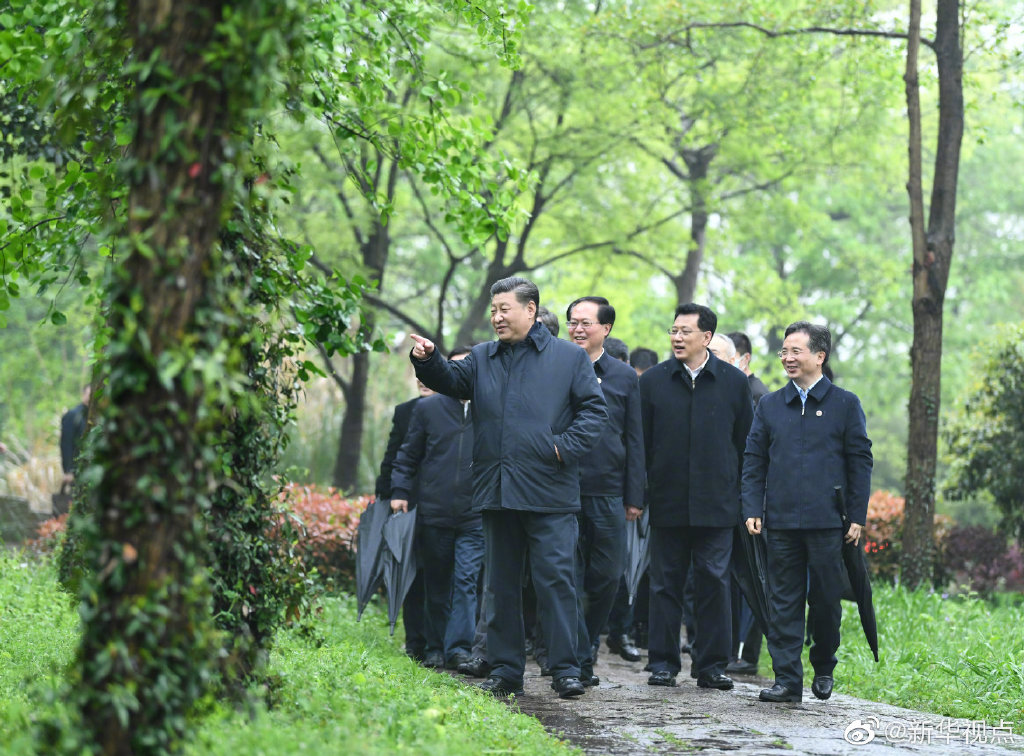 Urbanization had previously damaged the beautiful wetland. In August 2003, with the support of the government, a wetland conservation project was launched and in 2005, Hangzhou Xixi National Westland Park opened to the public.

Xi said, "Who would not want to go to a place with beautiful scenery for investment, work, touring and enjoying life? So lucid waters and lush mountains are as natural as the social and economic assets."

President Xi instructed on how to make good use of the wetland. He said natural beauty is the essence of wetland and the development of tourism should not be achieved at the cost of the environment.

Commercialization like private clubs should be avoided and the wetland park should be a green space shared for all, he said.

The wetland park has become famous for its folk culture and specialty shops. An economic, cultural and living "circle" is forming around the park.

"If we do not betray the green mountains, they will enable us to thrive in return"

Laoxian Township in Northwest China's Shaanxi Province is located in the contiguous poor areas of the Qinling-Bashan mountainous region. People have long lived there in poverty.

Xi pointed out at a meeting on poverty reduction that although it was said the harsh conditions hindered development in remote mountainous poor areas, from another point of view, the mountains could become their edge.

The tea planters told him that their annual income consisted of land transfer fees, dividends and earnings for picking tea. 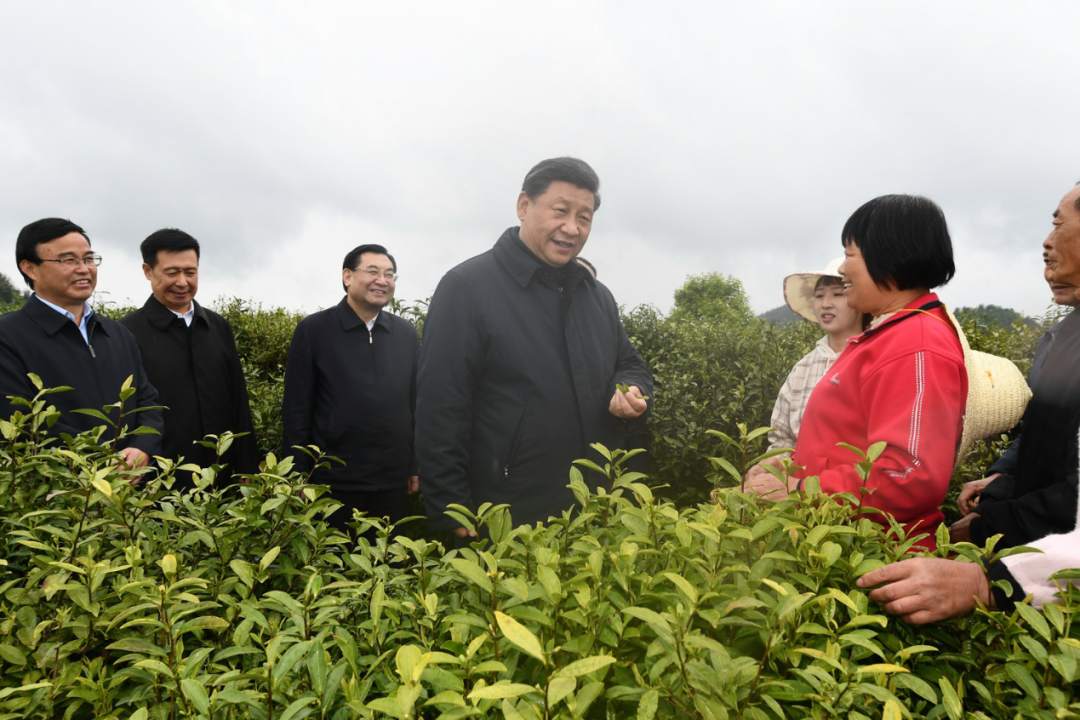 They said they could earn 100-300 yuan ($14.4) a day during the three months of tea harvest season. The natural resources have brought them a new level of prosperity.

Xi said that if we did not betray the green mountains, they would enable people to thrive in return. He hoped villagers could shake off poverty and become rich by developing tea.

He stressed Chinese must have a grand, long and comprehensive outlook on ecological protection and cannot be penny-wise and short-sighted.

Across the whole country, official ecological poverty alleviation projects have helped more than 3 million people rid themselves of extreme poverty and increase their income.

Meanwhile, desertification and soil erosion are being alleviated.

Forests and grasslands in poverty-stricken areas are expanding continuously, with the forest coverage rate up 4 percent on average.

The gross output of the forestry industry in 22 central and western provincial level regions has hit 4.26 trillion yuan (about $613 billion).