President Xi Jinping chaired a symposium of scientists on the development of science and technology during the 14th Five-Year Plan (2021-2025) period on September 11. After listening to seven scientists, Xi described them as open-minded, inspirational and innovative. 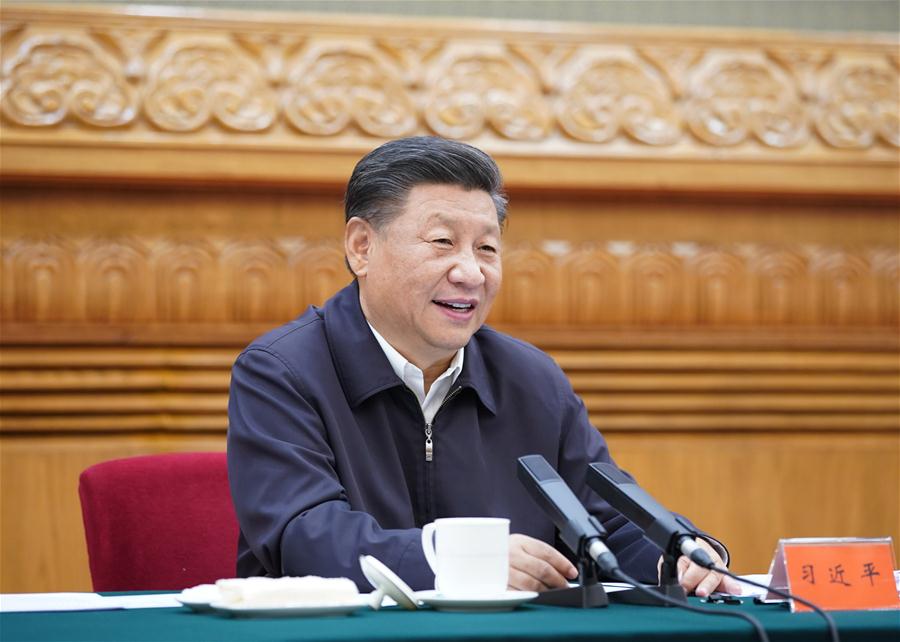 Xi also expressed his interest and willingness to study and adopt ideas from all aspects.

Fu Qiaomei, born in the 1980s, is from the Institute of Vertebrate Paleontology and Paleoanthropology at the Chinese Academy of Sciences in Beijing.

Her speech at the symposium was described as “the youngest scientist talking about the oldest research topic.”

Fu said, “My job is to study evolutionary genetics based on human paleogenomics, which is to explore who we are and where we come from through studying ancient DNA.”

Xi replied, "Have you figured out where we came from?"

“We are still trying,” said Fu.

“They often ask me what my research is used for,” Fu said. “During the tough times when it was difficult to keep the laboratory running, I thought about doing popular research.

“I hope our country can further guide the public not to evaluate and develop fundamental research by its usefulness.”

Xi responded to Fu,“How do you see the field being considered as unpopular? People often deem unpopular stuff as useless.

“Such a perspective may jeopardize the development of a field. We should have a long-term, worldwide and scientific perspective in evaluating scientific research.”

Fundamental research was the basis of scientific and technological innovation, Xi noted.

“We must persevere in enhancing basic research,” Xi said. “The root cause of many technical bottlenecks in China is the lack of basic theoretical research. Such fundamental things should be thoroughly understood.”

Fu replied, “Our discipline is not dominant and the research has been constrained by a lack of finance. We have to expend efforts every few years collecting funds.”

“Ownership and system do not matter,” Xi said. “Innovating and developing a good scientific research ecology that is conducive to fundamental research is what matters.”

The return from overseas of scientific and technological talent is reported as a bellwether of China’s development and was a focus at the symposium. 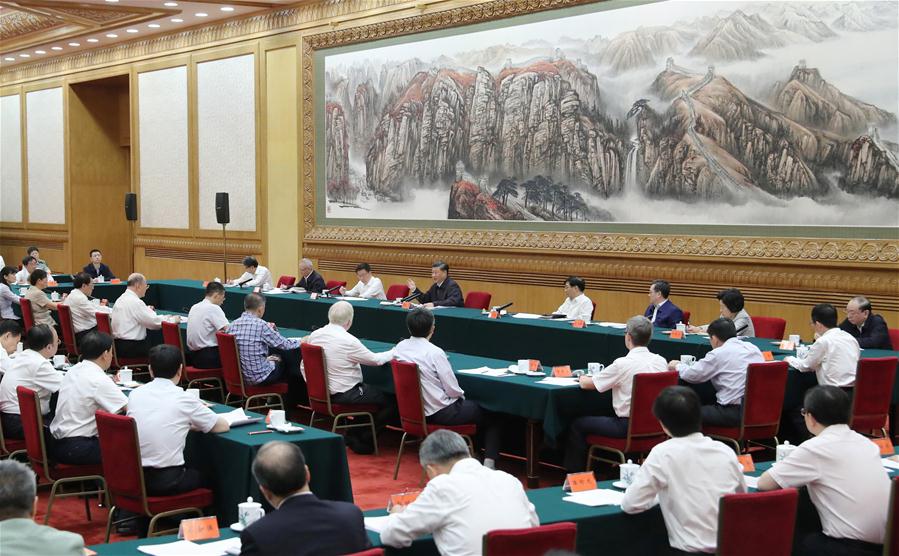 Academician Shi Yigong reported construction progress at West Lake University in Hangzhou, expecting it to be a cutting-edge technology training base for top talent.

“We feel the same way,” Xi said. “The fundamental source of national scientific and technological innovation lies in talent. It takes ten years to grow trees, and it takes a hundred years to nurture talent.”

How can China attract and cultivate top talent?

“We should be bolder introducing a more open and flexible mechanism,” Xi said.

David Evans, a chemist, talked about the "Chinese Dream" of foreign talent he witnessed during his 24 year-settlement in China.

“I first came here in 1987,” Evans said. “I learned Chinese by listening to tapes and I had a wonderful chemistry with China.”

“The key is whether the door for talent is widely opened?” said Xi. “Are those measures effective? These are the problems we need to solve at present. The implementation of a lot of measures still needs to be checked again.”

Evans said, “I often attend primary and secondary school classes to present chemistry experiments and the children always marvel at how amazing the experiment is.”

Practical, independent thinking should be cultivated and strengthened among students, Xi noted.

“Blind faith in academic authority and existing theories should be avoided. Scientists should question fearlessly, confirm carefully, and test constantly.”

Xi said that relevant studies should be estimated and planned ahead according to the general trend of the country.

“I have said many times that research direction should adhere to demand and truly solve practical problems in view of the urgent and long-term needs of our country,” Xi said.

In this regard, Xi said that at the National Conference on Science and Technology in May 2016, “I was still talking about the ‘three aspects,’ that is the three points I mentioned earlier. After the outbreak of COVID-19, I suggested to add ‘people’s lives and health.’”