CHINA President Xi urges lifting every Chinese out of poverty

President Xi urges lifting every Chinese out of poverty 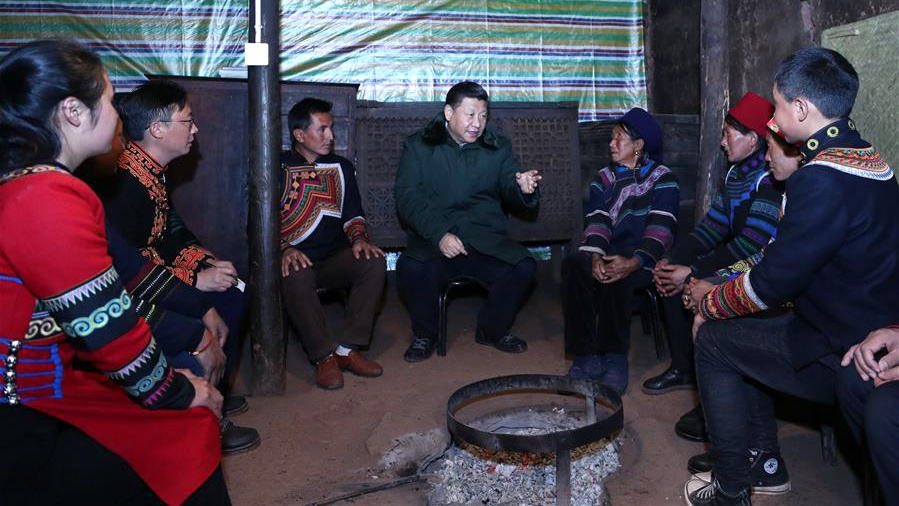 Chinese President Xi Jinping has urged authorities at all levels to make concrete efforts in the battle against poverty, noting that China must win the battle in order to achieve the goal of completing the building of a "moderately prosperous society in all respects" by 2020.

President Xi, also general secretary of the Communist Party of China (CPC) Central Committee and chairman of the Central Military Commission, made the remarks in an instruction to a conference on the battle against poverty from 2018 to 2020, which was held in Beijing on Monday.

The authorities should provide focused assistance to areas of extreme poverty and poor people with special needs, he said, stressing that no village or villager should be left behind.

Targeted poverty reduction and alleviation measures should be implemented, said the Chinese president.

China has pledged to eradicate poverty by 2020 and identified "reducing poverty" as one of its "three tough battles," alongside "preventing financial risks" and "tackling pollution."

The country's poverty threshold is about 3,000 yuan (468 US dollars) in terms of annual net income of rural residents. Between the end of 2012 and the end of 2017, China lifted a total of 68.53 million rural people out of poverty, with the poverty rate falling from 10.2 percent to 3.1 percent, data of the National Bureau of Statistics showed.

There were still 30.46 million rural people living below the national poverty line at the end of 2017.

Chinese Premier Li Keqiang, also member of the Standing Committee of the Political Bureau of the CPC Central Committee, said in a separate instruction that the battle against poverty should be integrated with the rural vitalization strategy.