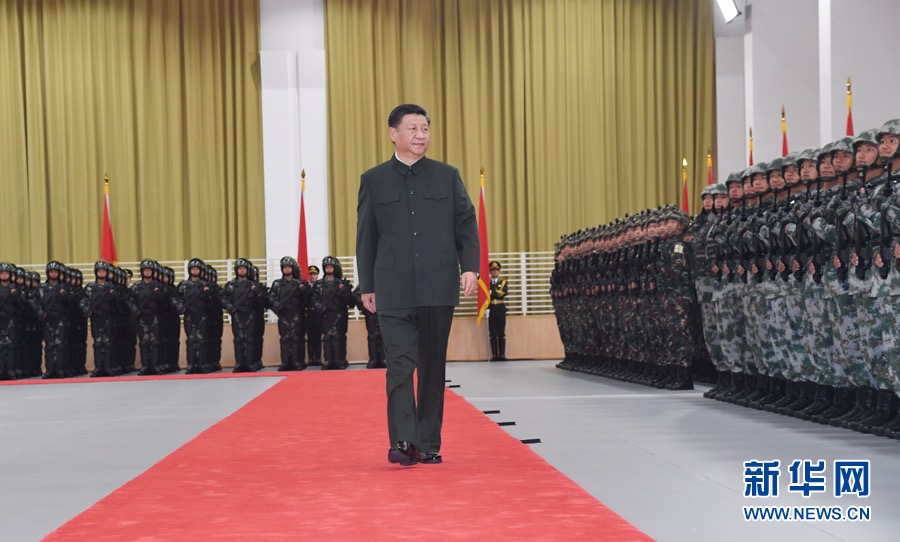 Xi, also general secretary of the Communist Party of China (CPC) Central Committee and chairman of the Central Military Commission (CMC), made the remarks during his inspection to the PLA Garrison compound in Macao.

In the past 20 years, the PLA troops in Macao have resolutely implemented the decisions and instructions of the CPC Central Committee and the CMC, Xi said.

"The troops have done a remarkable job in performing defense-centered tasks, and demonstrated the PLA's image as a powerful and civilized force," he said.

"The PLA garrison in Macao must comprehensively raise its capabilities in performing duties, firmly safeguard national sovereignty, security and development interests, maintain prosperity and stability in Macao, and contribute more to the successful practice of 'one country, two systems" in Macao," he said.

Xi made the inspection after attending celebrations marking the 20th anniversary of Macao's return to the motherland and the inauguration of the Macao SAR fifth-term government.