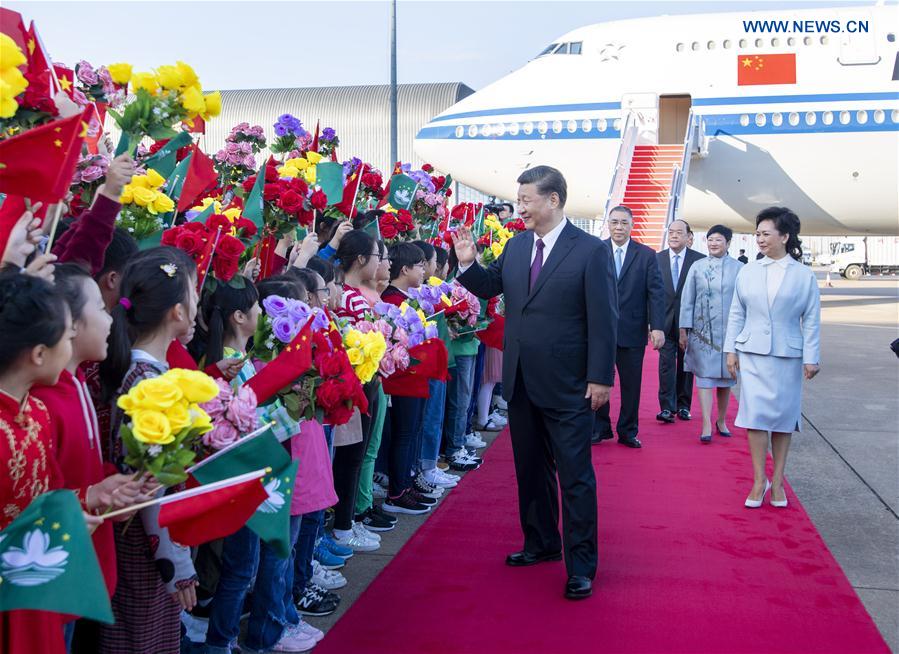 MACAO, Dec. 19 (Xinhua) -- Chinese President Xi Jinping Thursday acknowledged the progress made by Macao since its return to the motherland in advancing the building of a service platform for China-Portuguese-speaking Countries (PSCs) commercial and trade cooperation.

Xi made the remarks while visiting the China-PSCs Commercial and Trade Service Platform Complex, which is the regular meeting venue of the Forum for Economic and Trade Cooperation between China and PSCs (Macao).

He called the building of the service platform an "important measure" of giving full play to Macao's strengths to meet the needs of the country.

Xi said he was pleased to see that the complex had been equipped with various facilities as planned and the idea of building the platform had become reality.

Xi had cordial exchanges with students from countries along the Belt and Road who are studying in Macao, encouraging them to leverage the valuable experience to learn more and become envoys of friendship between China and their own countries and the world.

Xi was accompanied by Macao Special Administrative Region Chief Executive Chui Sai On during the visit.

The president is in Macao for the celebrations of the 20th anniversary of Macao's return to the motherland.