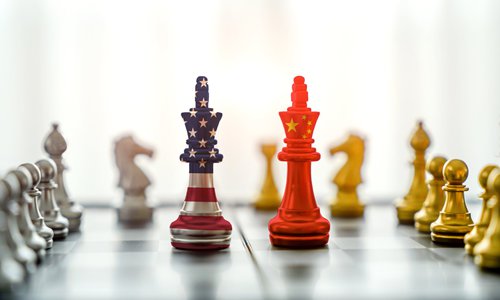 A phone call between Chinese President Xi Jinping and US President Donald Trump on Friday added fresh impetus to the phase one trade agreement and could mean the signing of the highly anticipated deal could be imminent, several prominent Chinese experts said on Saturday.

"[The phone call] showed that the two leaders attach great importance to the phase one trade agreement and I believe that the two sides will sign the agreement very soon," Wei Jianguo, a former senior trade official, told the Global Times on Saturday, noting that it is "completely possible" that the deal could be signed in January.

During the phone call, Xi and Trump lauded the phase one trade agreement, according to the Xinhua News Agency. Xi noted that the agreement benefits China and the US as well as the whole world, Xinhua reported.

Chinese and US officials have agreed on the text of the phase one trade deal and have been working on final details, including legal and translation review of the agreement. However, the two sides have not set the time, location and format of the signing of the agreement, though some in US suggested that the deal could be inked in January. There are also mixed signals about the trade agreement from the US, where some describe the deal as a loss for the country.

At such a critical stage, it is significant that the two leaders had the conversation to show "the political willingness on the highest level" to move forward with the deal, said He Weiwen, an executive council member of the China Society for World Trade Organization Studies and a former Chinese trade official.

He also noted that the two sides still need to put finishing touches on the deal and there is still uncertainty regarding the signing of the phase one trade agreement, citing previous last-minute changes by the US.

However, even if the two sides sign the agreement, it does not mean that tensions between the two countries will suddenly evaporate due to the US' rising hostility toward China, especially during the elections, several experts argued at a panel of the Global Times Annual Conference in Beijing on Saturday.

"During each election, [US politicians] would criticize China, but we are seeing an increase in the frequency, level and propaganda each election cycle," Ding told the panel, adding that China will likely remain an "imaginary rival" for the US in the foreseeable future.

Yang Yi, a retired rear admiral of the Chinese People's Liberation Army Navy, also noted that while US domestic issues and partisan fights will dominate headlines in the election cycle, there is consensus between the two main US political parties over a tough stance toward China.

"Generally speaking, we have to keep a clear head over the China-US relationship. We can't be overly optimistic but it is also not the end of the world," Yang said, "As long as China does not make any strategic mistake, even 10 US will not be able to crack down on China."