HONG KONG, Oct. 16 (Xinhua) -- The principal official of the Liaison Office of the Chinese Central People's Government in the Hong Kong Special Administrative Region (SAR) on Wednesday firmly opposed and strongly condemned the U.S. House of Representatives' passing of the so-called Hong Kong Human Rights and Democracy Act of 2019. 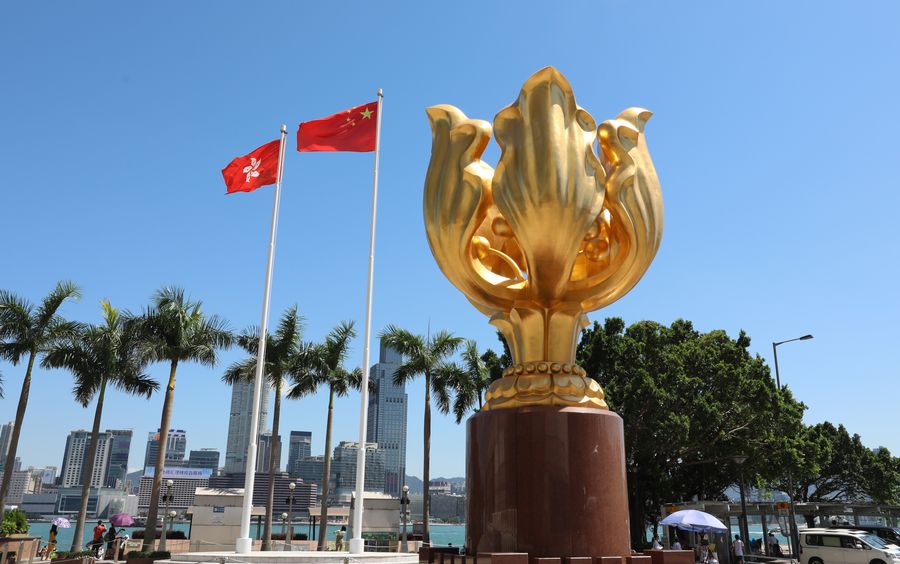 "The U.S. Congress and a handful of politicians are turning a blind eye to the severe and violent crimes that had happened in Hong Kong, disregarding facts and calling black white," the principal official of the liaison office said in a statement.

They are glorifying the reckless acts of arson, store vandalism and violently assaulting police officers as issues concerning human rights and democracy, maliciously defamed the China's central government and the HKSAR government, the official said.

The passage of the Hong Kong-related act is obviously intended to support the extremists and radicals in Hong Kong and is a blatant interference in the Hong Kong affairs and China's internal affairs as a whole, the official added.

"If the same extreme and violent acts happen in the United States, what would the U.S. government and police do?" the official asked.

Some U.S. politicians are pointing fingers at the Hong Kong affairs, which exposes their double standard given their handlings of violence in history, shows their extreme hypocrisy on human rights and democracy issues, and lays bare their evil intention to undermine Hong Kong's prosperity and stability and contain China's development, the official said.

The principal official reiterated that the implementation of the "one country, two systems" principle in Hong Kong since Hong Kong's return to the motherland was a widely recognized success, adding, "A prosperous and stable Hong Kong is in the common interests of the international community, including the United States."

The move by the U.S. House of Representatives not only hurt the feelings of the 1.4 billion Chinese people including Hong Kong compatriots, but will also seriously damage the interests of U.S. enterprises, individuals and chamber of commerce that have invested substantially in Hong Kong, just like lifting a rock only to drop it on their own feet, the official said.

No one should underestimate the will and determination of the Chinese government and people to safeguard national sovereignty, security and development interests, uphold the long-term prosperity and stability of Hong Kong and implement the "one country, two systems" principle, the official stressed.

"U.S. politicians should immediately take back their 'black hands' meddling in Hong Kong affairs and China's internal affairs as a whole, and stop their tricks to move forward the Hong Kong-related act," the official warned, saying any attempt to bring chaos to China and damage the "one country, two systems" is doomed to fail.