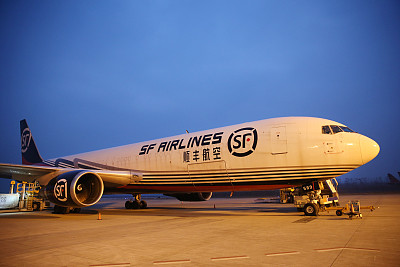 File photo of an SF Express cargo plane (by VCG)

China's leading delivery company SF Express has opened cargo flight to Tibet, with the help of the People's Liberation Army (PLA), according to Tuesday's PLA Daily.

The mainden flight took off from Chengdu, capital of southwest China's Sichuan Province, and landed in Lhasa Monday.

The flight will reserve space for the PLA providing it with new means to airlift military cargo in and out of Tibet, an official of the logistic support department of the Central Military Commission was quoted as saying.

The move marked the PLA's latest effort in pursuing the military-civilian integration strategy.

In October 2017, the PLA air force signed an agreement with five civilian logistics companies, including SF Express, to work with them in transportation and distribution, storage management, supplies purchasing and other areas over five years.

SF Express has been working with the PLA logistic department since 2016, taking part in pilot work such as the delivery of military uniforms and bedding, as well as drone delivery.