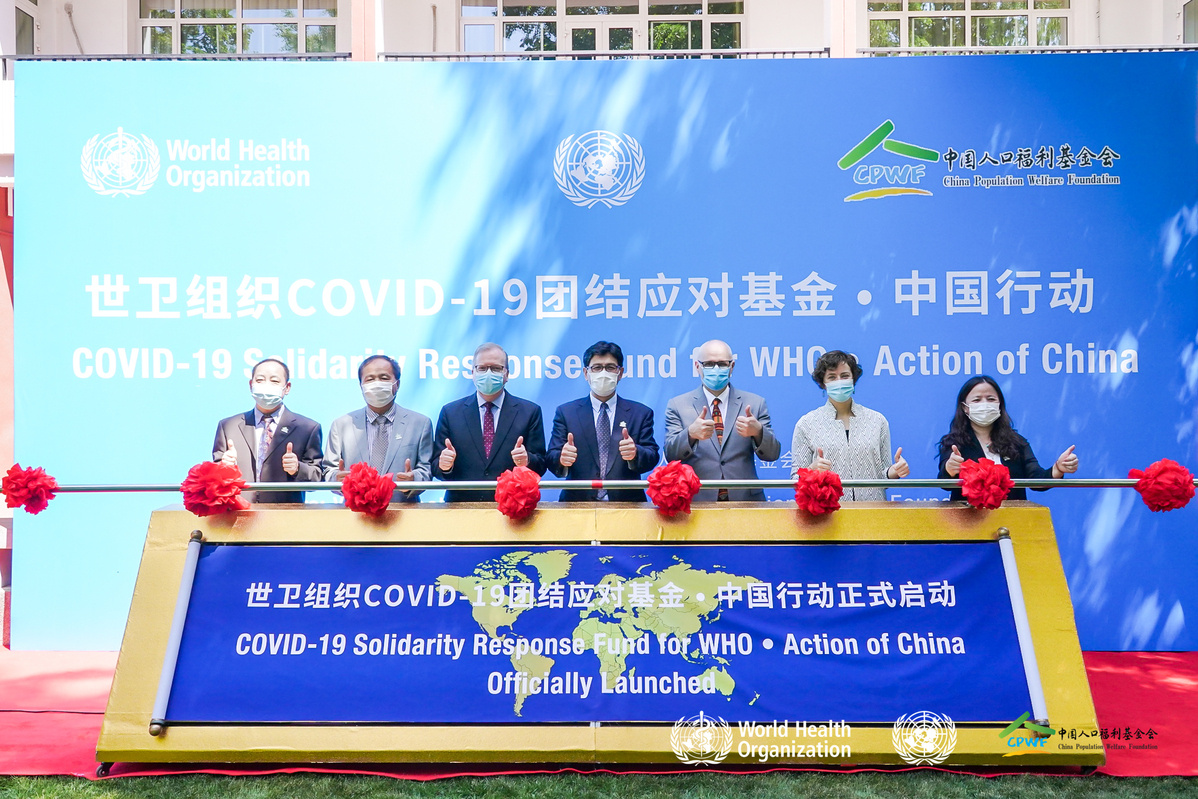 The World Health Organization and the China Population Welfare Foundation on Wednesday jointly launched a fund dedicated to raising donations from China's private sectors to bolster global preparedness for the COVID-19 pandemic.

The new fund represents the Chinese branch of the COVID-19 Solidarity Response Fund for the WHO that was established in mid-March to let individuals, corporations and philanthropists around the world contribute directly and efficiently to WHO-led efforts in containing the virus.

Donations will be used to help deliver essential supplies, support research and development of treatments and vaccines, and help expand health capacities of countries with weak medical systems, according to Tedros Adhanom Ghebreyesus, director-general of the WHO, who gave a video speech during the launch ceremony, held in Beijing.

Li Jinhua, president of the China Population Welfare Foundation, said this collaboration with the WHO will further boost international efforts to curb the virus's spread, and the foundation will continue to transcend national, racial and cultural differences to act in unity against the disease.

Nicholas Rosellini, the United Nations resident coordinator in China, said the Chinese government and its people have shown great agility and resilience in responding to the outbreak. The country has also pledged to commit $2 billion over two years to support COVID-19 responses across the globe.

"This commitment is to be commended, but much more will be needed from countries around the world to support developing countries in fighting this pandemic," he said, adding that the COVID-19 pandemic is unprecedented and requires extraordinary global solidarity.

"China has always been a country that attaches great importance to unity and in unity there is strength … I now want to appeal to all the Chinese netizens to come together once more and to support others around the world in this fight," he said.

Gauden Galea, the WHO Representative in China, said the new fund provides a new channel for Chinese individuals to make personal commitments to battle the disease.

"In the end, it will take all of us to put down what divides us to pick up the task in front of us to build a healthier future together," he said.

The public can make donations through nearly 20 online fundraising platforms, including the Tencent Foundation and the Alibaba Philanthropy.