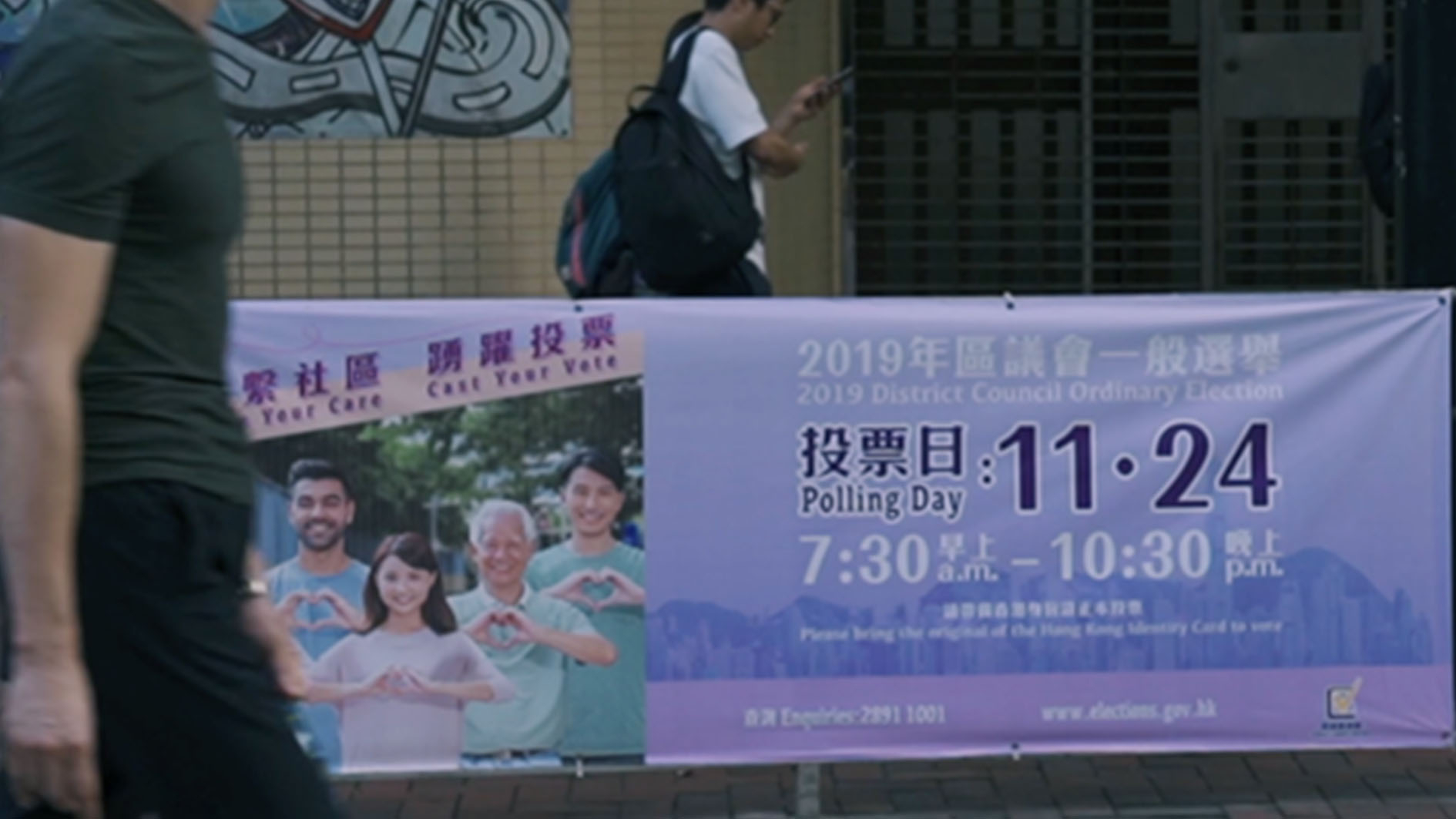 In the Hong Kong Special Administrative Region (HKSAR), election campaigns are heating up. The HKSAR will vote for district council members later this month. Pro-establishment parties dominate the council but now they are facing an uphill battle.

57-year-old Kwan Sai-wai, a firm supporter of the government and police, is one of the three candidates fighting for the one seat representing Tsing Lung Tau community in the upcoming district council election.

As an independent candidate, Kwan said both his biggest advantage and weakness is his age. "I think I might have half a chance to win. Young people will vote for what they like. But a majority of the residents in this community are old people. So my age looks more reliable for the elders."

Five months of social unrest have brought turmoil to the city, with young people leading the charge. Now there are signs they may also bring turmoil to local politics.

Junius Ho, a member of the city's Legislative Council, is seeking re-election in his constituency in Tuen Mun district. But he admits big challenges are lying ahead. "We can see that the recent result of the registration of the voters. A majority of them are young voters. So, therefore, there may be hints that in the forthcoming district council election, the young people may come out to vote for their candidate."

Pro-Establishment parties currently dominate the district council, with 68 percent of all the 431 seats.

But in this year's election, more than 500 of the 1093 nominees are from opposition parties. Avery Ng, a member of the League of Social Democrats, previously said, "If all the protesters can go out on the streets, if all the non-pro-establishment forces can unite together, if we all go to vote, it would be so easy for us to win."

Kwan Sai-wai said the night he announced his campaign for the district council election, he received many harassment calls and some people used his number to order takeaways, restaurants, and goods. He added, "but I'm not afraid."

Famous lawmaker Junius Ho said he can't even stick posters in many shops and restaurants anymore. "In the good old days, no fuss, and no trouble. But now the owners had to consider, reconsider, and further consider our request. Simply because they would be open to attack if they do agree to let your poster being, you know, stick up at the war of the office."

For Kwan Sai-wai, his biggest rival is 22-year-old Moon Tam, endorsed by many well-known anti-government politicians.

As Kwan was distributing fliers in the community on Saturday, Miss Tam was attending an unauthorized demonstration against the police.

Kwan said, reaching out to his constituents and getting his message across is his only way to win on November 24.