CHINA Probe underway into death of 21 runners in Gansu

Probe underway into death of 21 runners in Gansu

An investigation was underway on Monday into the deaths of 21 runners during a mountain ultramarathon in northwest China, as harrowing testimony emerged from survivors who battled to safety through freezing temperatures and bone-chilling winds. 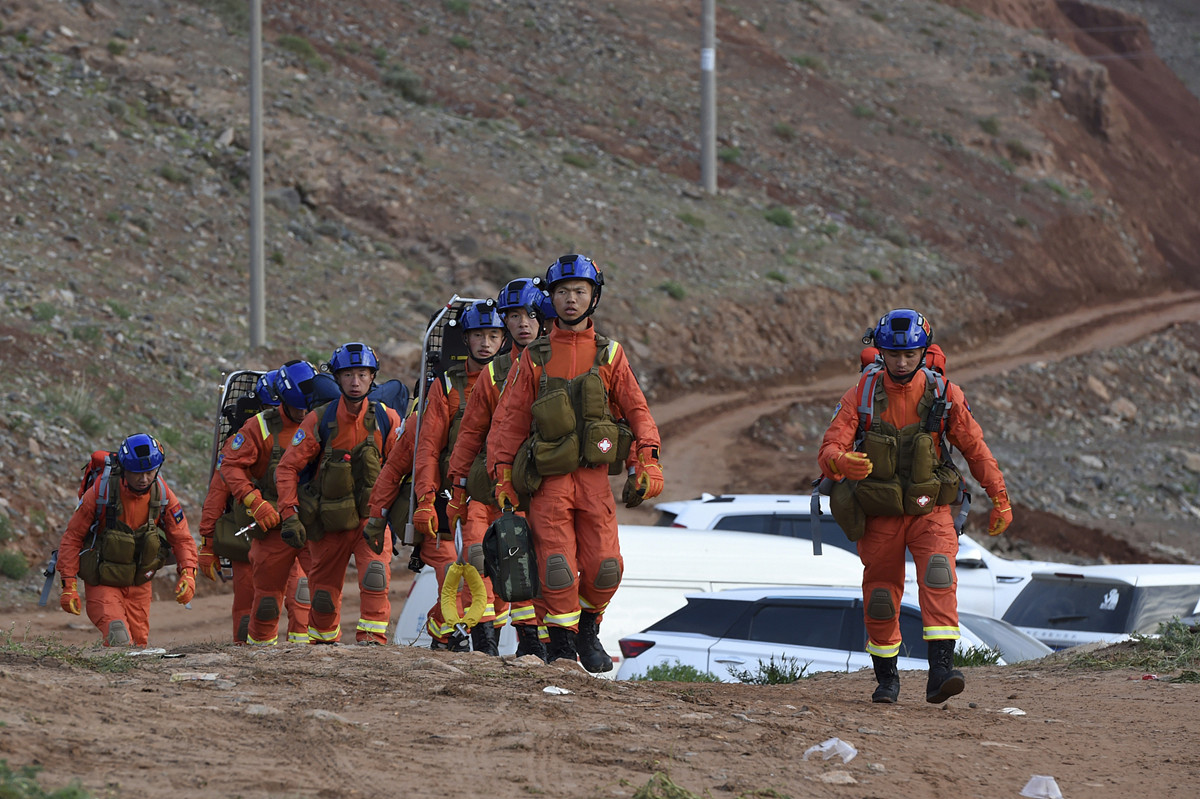 The extreme weather struck a high-altitude section of the 100-kilometer race held in the scenic Yellow River Stone Forest in Gansu Province on Saturday.

Provincial authorities have set up an investigation team to look into the cause of the incident, state media reported, as questions swirled over why organizers apparently ignored extreme weather warnings from the city's Early Warning Information Center in the lead up to the race, which attracted 172 runners.

China's sports governing body has issued instructions to the country's sports system to improve safety management in sports events. The previous management model for safety in races "had some problems and deficiencies," the sports administration said in a readout published on Monday, and said all organizations would now have to set up detailed contingency plans and a mechanism to halt the event quickly if needed.

Of the half dozen frontrunners, long-distance runner Zhang Xiaotao was the only one to survive the disaster. Recovering from his ordeal, 29-year-old Zhang recounted how he was found unconscious by a herdsman who carried him to safety. "The wind was too strong and I repeatedly fell over," Zhang wrote in a post a day later on Twitter-like microblog Weibo. "My limbs were frozen stiff and I felt like I was slowly losing control of my body ... I wrapped my insulation blanket around me, took out my GPS tracker, pressed the SOS button and lost consciousness."

He said when he came round he discovered a shepherd had carried him to a cave, placed him by the fire and wrapped him in a duvet. "I'm most grateful to the big uncle who saved me, because without him, I'd still be lying there. I'll never forget the new life that he has given me!"

Mounting anger on social media was amplified by news that two elite marathon athletes were among the dead.

"The organizer should have had people stand by in the tough section of the trail, or deployed more rescuers. They should also have set mandatory rules on runners bringing outdoor jackets," Zhang said.

Protective gear such as warm jackets was recommended, not mandatory, in a list provided by the organizers.

Most runners had set off in that ill-fated race wearing T-shirts and shorts. Some survivors described how their silver thermal blankets were ripped to shreds by the strong winds.

Gansu Province, which includes part of the Gobi desert, is often subject to extreme weather conditions including sandstorms. Baiyin City, where the race was held, reaches up an elevation of more than 3,300 meters.