Producers of chemicals to face inspection

The State Council said on Wednesday that it will launch a nationwide inspection of the production and management of dangerous chemicals after an official inquiry found that a number of wrongdoings led to a deadly explosion at a chemical plant in Jiangsu province on March 21. 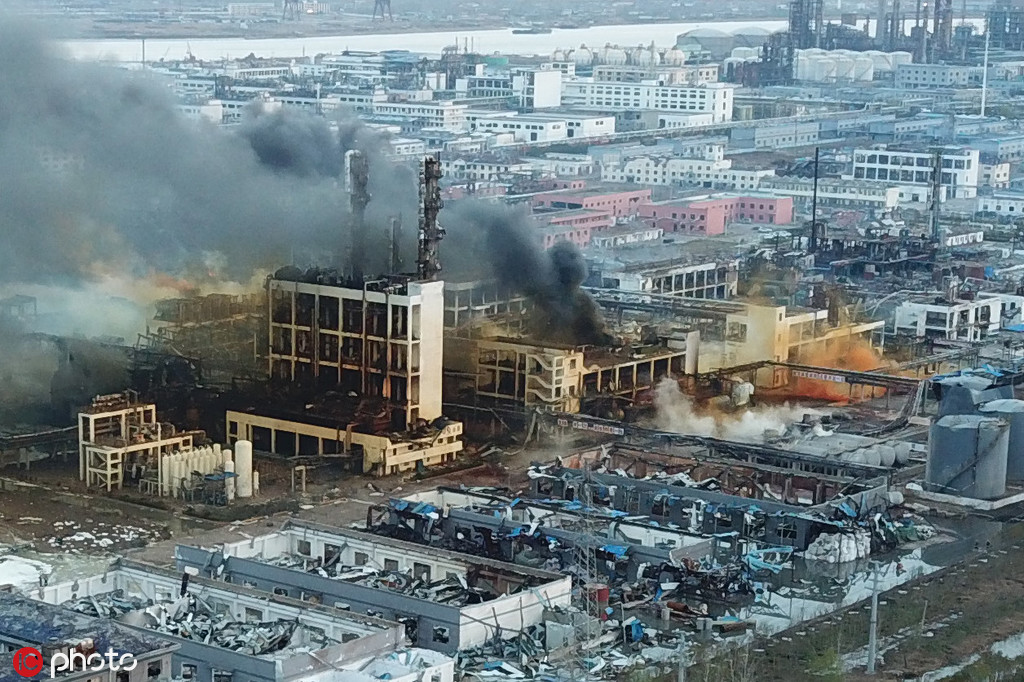 The blast at Jiangsu Tianjiayi Chemical Co in Xiangshui county claimed 78 lives and injured more than 600 people. The State Council launched a special work group to probe the accident.

The inquiry has deemed the incident to be a major work safety accident that exposed the failures of local authorities and departments in assuming responsibilities and in punishing violations of the law, the Cabinet said in a statement after its executive meeting on Wednesday.

It also revealed how businesses failed to carry out their primary responsibilities for work safety, violating laws and regulations and demonstrating a lack of credibility, the statement said.

The State Council said it will scale up measures to phase out safety hazards in the production, storage, transportation and waste disposal procedures of dangerous chemicals.

It also called for lessons to be drawn from the accidents, with measures to establish long-term mechanisms that enable the assumption of responsibilities in work safety procedures.

Government departments will step up coordination in the oversight of dangerous chemicals, and a joint law enforcement mechanism will be established, the statement said.

The Cabinet urged quicker steps to revise laws and regulations so that harsher penalties can be given to wrongdoers whose purposeful actions led to major accidents.

It is important to adhere to the new development philosophy, curb lawless and blind development and promote industrial upgrades, the statement said.

The State Council also vowed to hold all of those responsible for the accident accountable in accordance with laws, regulations and disciplines, with the inquiry report and the punishments for wrongdoers to be made public.