Kong Hainan, a professor of Shanghai Jiao Tong University, has devoted himself to the preservation of the famous lake Erhai, treating sewage, adjusting the agricultural mix of local farmers, mentoring students, and staying by the lake for more than 200 days per year over the past 20 years. With his unremitting efforts, Erhai has gradually regained its former glory. 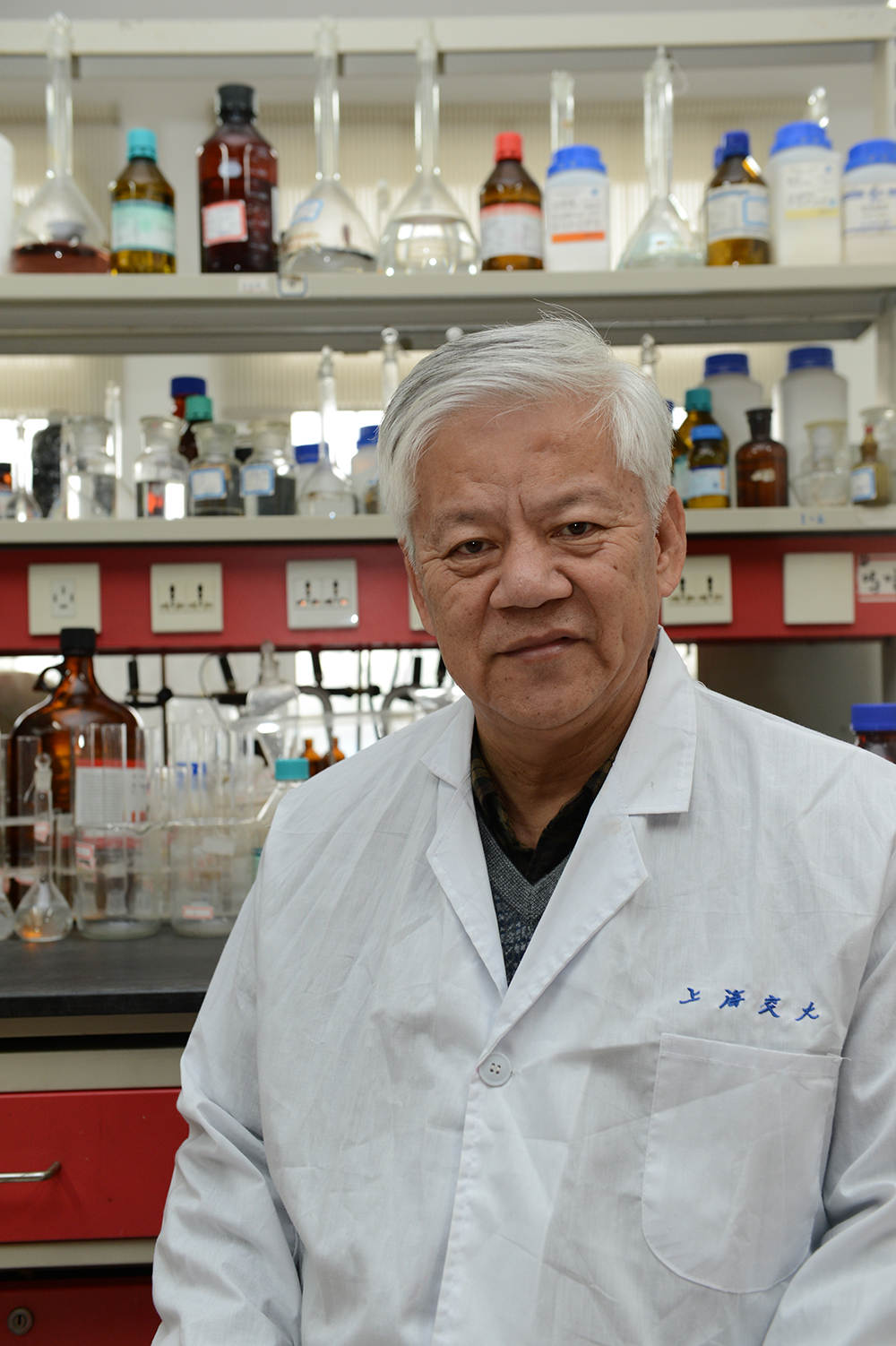 Professor Kong Hainan in his lab. (Photo: The Paper)

In 1988, as a Chinese exchange researcher in Japan, Kong conducted a comparative study of lakes between the two countries. In 1996, occasional algal blooms appeared in Erhai. After getting the news, Kong spent nearly a week rushing to get there. Unexpectedly, the algae bloom had already receded when he arrived, but he saw the unforgettable scenery of the lake.

"The depth of Erhai is about 15 meters. At that time, the water was very clear, looking deep and dark at first glance. Submerged plants grew from the bottom to the surface of the lake, forming a lush underwater forest that stretched for more than 10 kilometers.” Kong recalled.

In 2000, when Kong returned to China, Erhai was facing severe eutrophication and pollution. Its water quality deteriorated rapidly and the underwater forest disappeared.

After five-year efforts from Kong and his colleagues, the State Council approved and initiated a major national water pollution control and treatment project to treat Erhai in 2006.

“This is a project directly under the State Council, which shows the country’s determination for water control,” Kong said.

Since then, Kong led his team at Erhai to focus on technical problems in water quality management. At the time, he didn’t foresee the difficulties of the next 15 years. 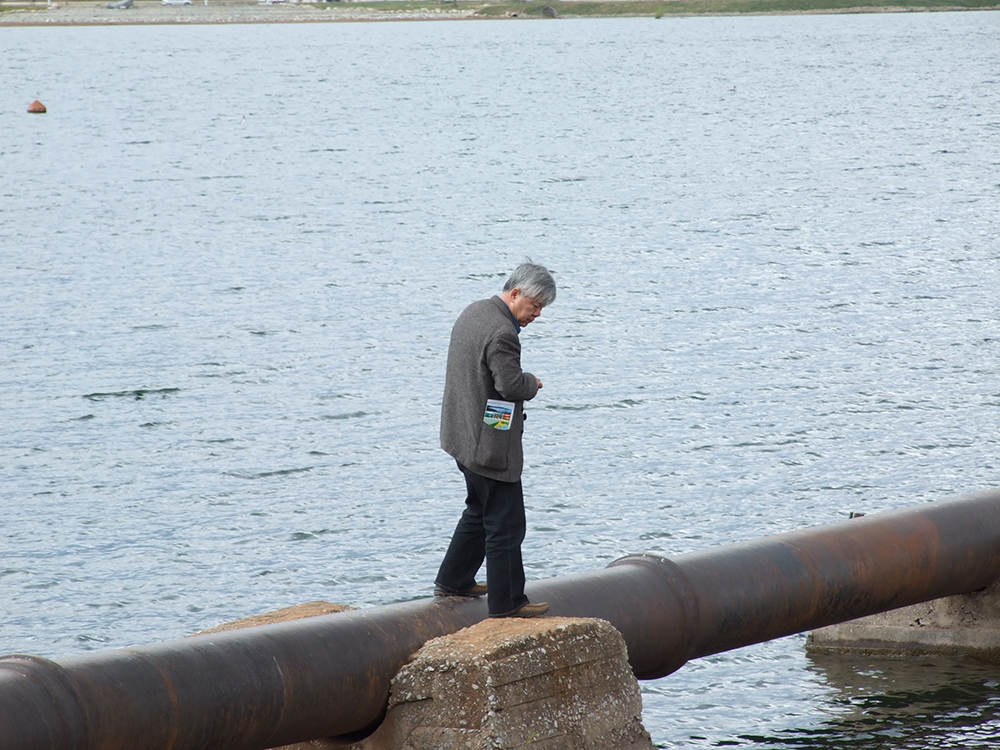 Kong observes the water quality of Erhai. (Photo: The Paper)

Shanghai is 2,700 kilometers from Erhai. Back then, Kong and his team had to take a green-painted train first to Kunming, then another eight and a half hours to reach Dali by bus, and finally drive more than three hours to reach Erhai.

In order to sample the water quality as quickly as possible, Kong rented a farmer’s house, less than 200 meters away from the lake, and transformed it into a laboratory.

For the first step, Kong applied the soil purification technology to Erhai, which can handle 250 tons of sewage per day and discharge water that meets the standards into the lake.

However, he soon discovered that technology alone could not solve the problem. “The water is in the lake, while the problem lies on the shore.” The surge in agricultural pollution still threatened the ecology of Erhai. 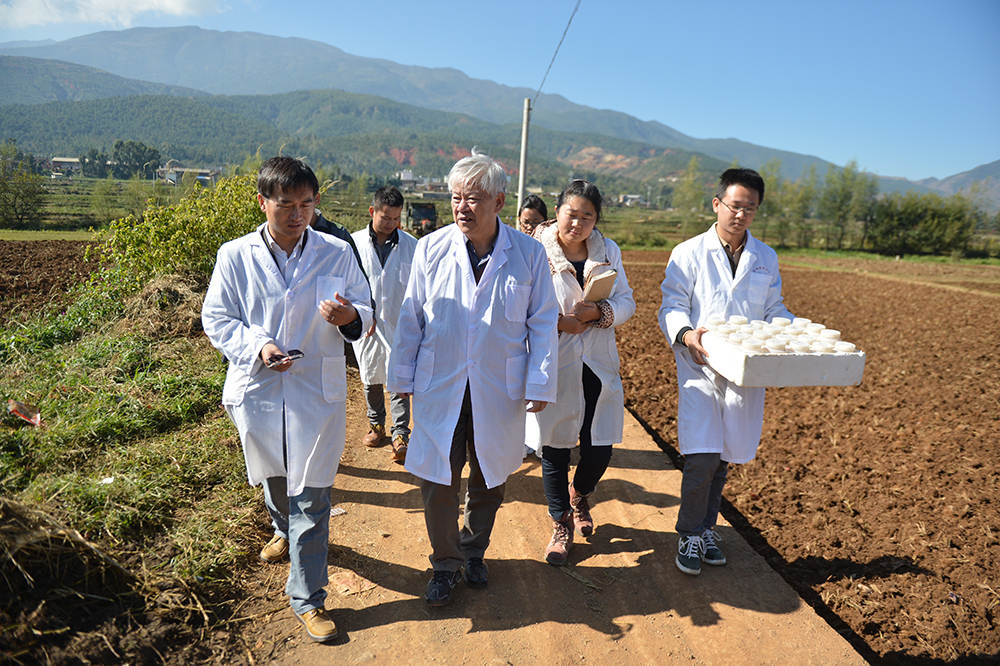 Kong and his team members investigate the local environment. (Photo: The Paper)

At that time, a trend for eating garlic essential oil for health care emerged abroad. The oil content of Dali purple-skinned single-head garlic is 5 times that of ordinary garlic. Its price quickly rose tenfold, and the garlic planting area suddenly increased to more than 90 percent of the local farmland from less than 5 percent.

In the mid-1990s, algal blooms began to erupt in the lake, and then the water quality dropped rapidly, and nearby villagers could smell a stench from the lake.

The highly polluting agricultural habits needed to be changed, but the livelihoods of local villagers needed to be taken into consideration.

Kong led the team to devise different plans. For river basins, the team built wetlands and designed ecological “mazes” to increase the area and time for water filtration and improve the water quality that eventually flowed into the Erhai Lake. The hydroponic plants grown in the wetland also served as source of income for farmers.

To guide farmers to change cash crops, it was necessary to show by example what would work, and ensure the crops generated profits sustainably, Kong said.

Kong’s team called on the Academy of Agricultural Sciences, the Chinese Academy of Sciences and other institutions to cooperate. Finally, they identified five low-polluting and high-yielding cash crops—cherries, blueberries, grapes, herbal plants and apples—and recommended seeds to local farmers.

But there were still other problems. The carrying capacity of Erhai is only about 240,000 people. Nevertheless, the population around the lake has reached one million, not to mention a large number of visitors.

Under the instructions of the central government, the local government drilled tunnels through mountains and moved some factories, plantations and residential buildings to areas that are beyond the mountains, to reduce pollution sources and lighten the burden on the overloaded lake.

Fifteen years have passed. Kong’s hair has turned grey, and the ecology of Erhai has been greatly restored. Every winter, when the water is clearest, people can see down to a depth of more than 4 meters. 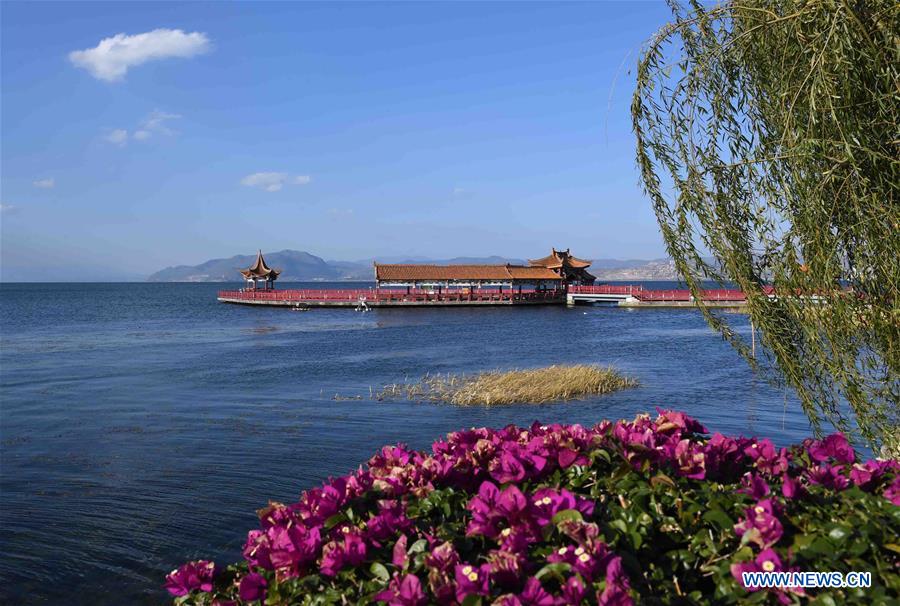 Consolidating progress for the next generation

“I am 70 years old now. I will officially retire and retreat from the front line of teaching and scientific research at the end of the year,” Kong said.

In fact, he insisted on teaching students during his years of water control in the Erhai Lake, and even moved his classroom to the site of the treatment.

For more than a decade, his team has had a total of over 1,000 teachers and students stationed at the front line of rivers and lakes like Erhai.

More than 20 teachers and students conduct field research in Dali all year round.

In his view, it will take more than 20 years to revive the underwater forests of Erhai and let the surrounding development form a virtuous circle.

But he is not worried about his age. Generations of water conservation specialists have grown up and they will continue the cause to protect the country's lakes and rivers.