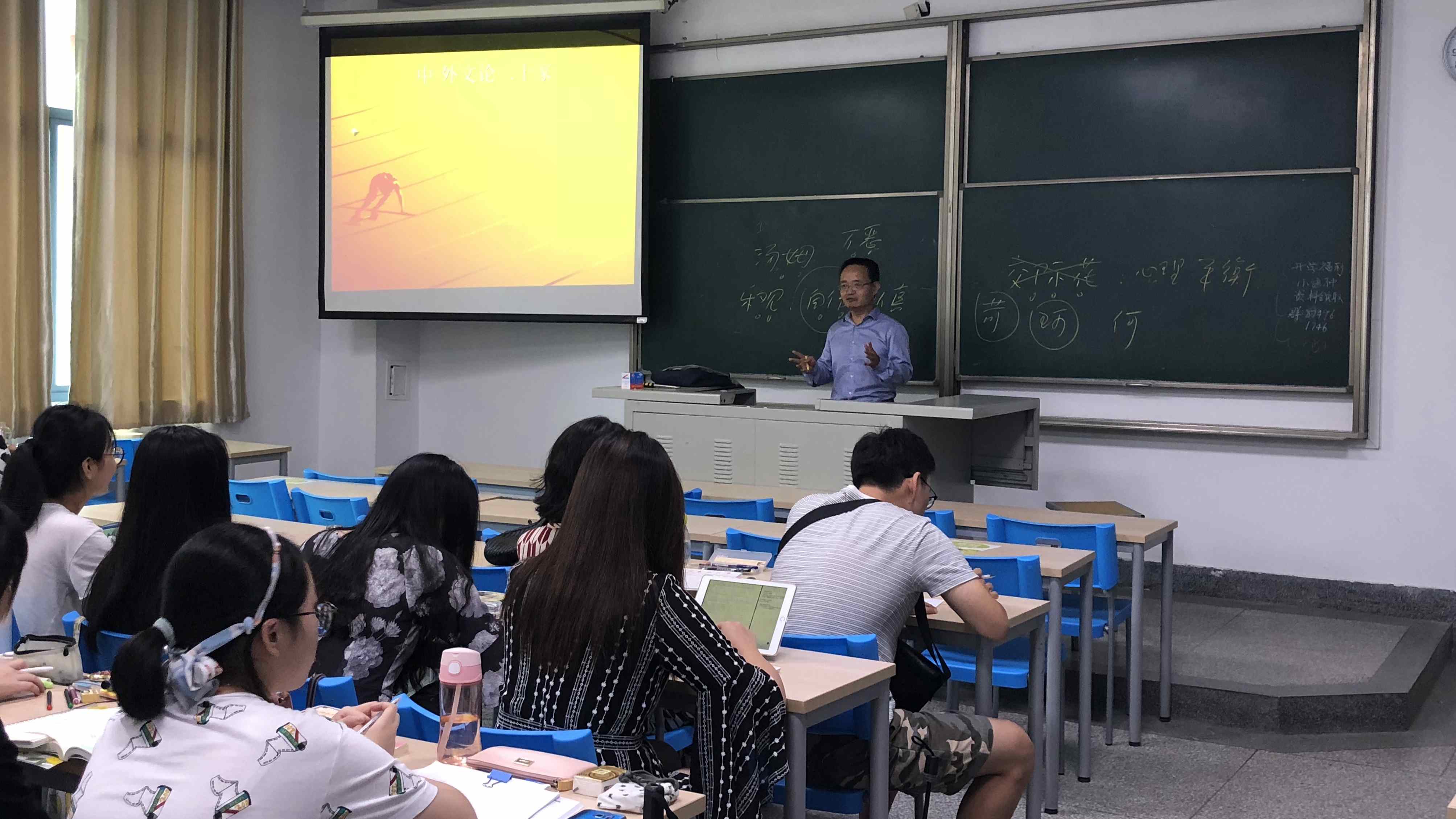 As Typhoon Mangkhut didn't stop residents in south China's Guangdong Province climbing over fallen trees to go to work, it neither got in the way of a professor's on-time attending at class back to East China's Jiangsu Province.

Professor Wang Ke from the Southeast University in Nanjing City has received thumbs-up from Chinese social media users over insisting on teaching his students despite the bad weather last Sunday.

He reportedly spent 4,600 yuan ($671) on the taxi fee for the journey from typhoon-center Guangzhou to central China's Changsha, where he took a flight that ultimately led to his arrival on campus.

Wang was actually on a business trip when the Mangkhut swept over. As the head of the university's Chinese Literature Department, he was there visiting and invited a poetry educator to give lectures for students' upcoming Poetry Festival.

Didn't expect the typhoon was severe enough to suspend all flights, high-speed rail services, and inter-provincial buses, Wang decided to make a detour by taxi on a whim.

He thought it could only take several hours to travel around 700 kilometers, however, with the fierce winds and the heavy rain, the professor arrived at Changsha Huanghua airport after 13 hours.

“The highway was closed. We can only move on the trunk roads. The car was like a boat floating on the ocean,” Professor Wang recalled the thrilling journey.

After he made it to Changsha late at night, Wang managed to book a flight on Monday morning and successfully show up in class at 2 pm.

"Transportation costs are indeed beyond my budget, but I just thought that the students' schedule shouldn't be changed because of me," Wang said. In 28 years of teaching, Wang has never adjusted his curriculum schedule for personal reasons.

It is not the first time Wang travels at his own expense. He once had to attend meetings in Beijing on Monday and Thursday, and he insisted on spending 3,000 yuan (about 438 US dollars) to go back to class on Tuesday.