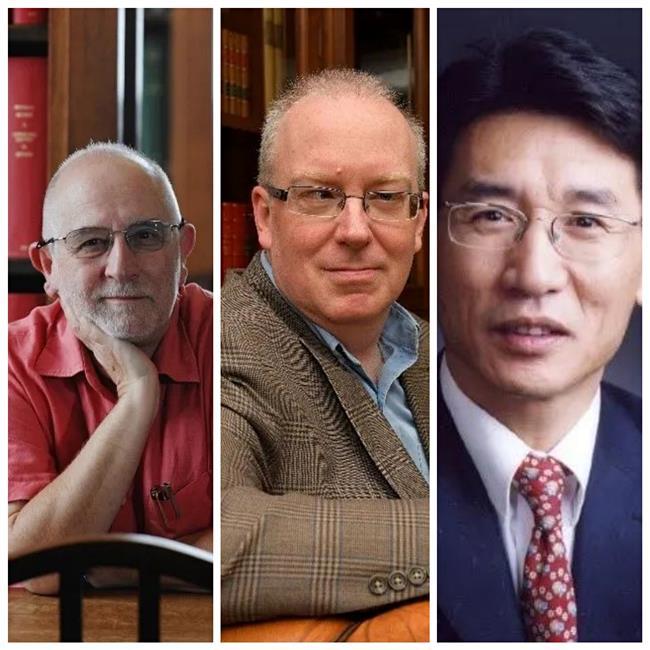 Three professors from universities in the UK, the US and China share this year’s Fudan-Zhongzhi Science Award, the award committee announced on Thursday.

Michael Berry, of the University of Bristol, is honored for the theoretical discovery of a geometric phase widely known as the Berry phase in basic quantum mechanics.

Charles Kane, of the University of Pennsylvania, is awarded for his pioneering contributions that have generated the field of topological insulators.

Xue Qikun, of Tsinghua University, won the award with his experiment discovery of the quantum anomalous Hall effect.

The prize-giving ceremony will be held on December 13 in Shanghai. The two foreign winners may have to attend online due to the COVID-19 pandemic.

The Fudan-Zhongzhi Science Award was founded by Fudan University and Zhongzhi Enterprise Group in 2015 to recognize scientists who make fundamental achievements in the fields of mathematics, physics and biomedicine.

It is the fifth year it has been presented and the second to be given in the field of physics. The winners will receive certificates and trophies, and share 3 million yuan (US$43.95 million) donated by Zhongzhi Enterprise Group.

Seven scientists have won the award in the past four years.

James Allison and Tasuku Honjo, who won the first award in 2016, shared the 2018 Nobel Prize in Physiology or Medicine. Rainer Weiss, Kip Thorne and Barry Barish shared both the Fudan-Zhongzhi award and the Nobel Prize for Physics in 2017.