JIUQUAN, June 16 (Xinhua) -- Liu Boming, one of the three astronauts of the Shenzhou-12 mission, is fully prepared for any challenges in his upcoming second spaceflight. 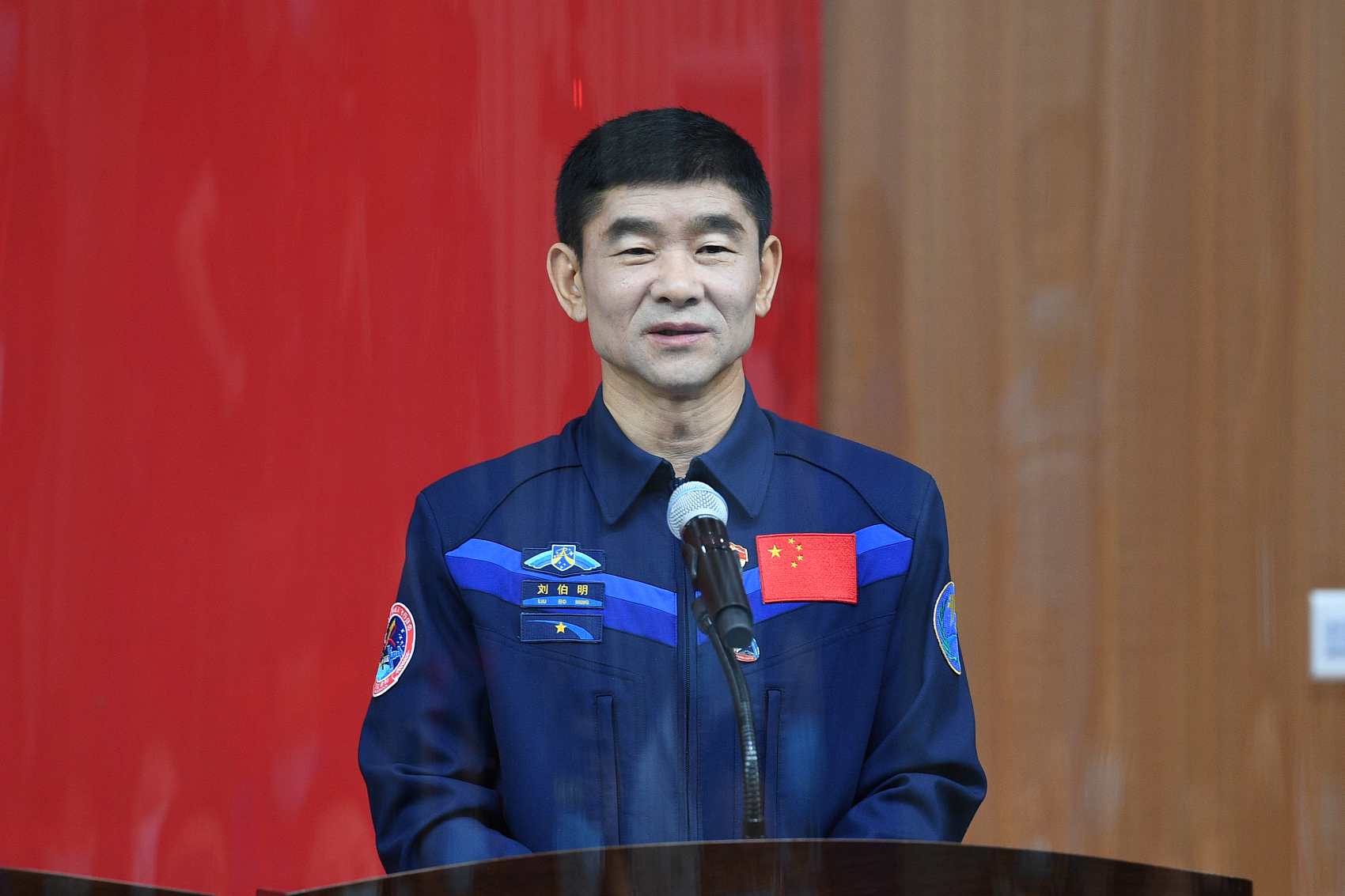 The Shenzhou-12 mission is more complex and difficult, with the extravehicular time significantly increased, said Liu at a press conference on Wednesday.

"Having professional ground support and close cooperation between crew members, we are fully confident that we can meet any challenges," said Liu.

"We have carried out strict, systematic and comprehensive training, and each extravehicular activity can be completed well, especially under the protection of the new-generation extravehicular spacesuit," he added.

During the Shenzhou-7 mission in 2008, Liu once helped his teammate Zhai Zhigang perform a landmark 20-minute spacewalk.

The spacewalk is a tough task. When Zhai prepared to step out of the orbital module to walk into space, the module's hatch would not open no matter how hard he tried.

Liu, who was working side by side with Zhai, passed the tools to his teammate and helped him adjust his legs. Through their close and calm cooperation, the module's hatch was finally opened.

After Zhai exited the spaceship, Liu handed the national flag to Zhai. The historical moment, during which Zhai waved the flag through the darkness of space and said hello to the people of China and the world, will be remembered forever.

It was the first time Liu explored space. He was amazed by the beauty of Earth, the smallness of an individual, and the greatness of humanity.

"I am so proud of China's achievements in the space industry," he said.

It has been 13 years since the Shenzhou-7 mission, during which time Liu has been dedicated to training and maintained ardent expectations for his new mission. 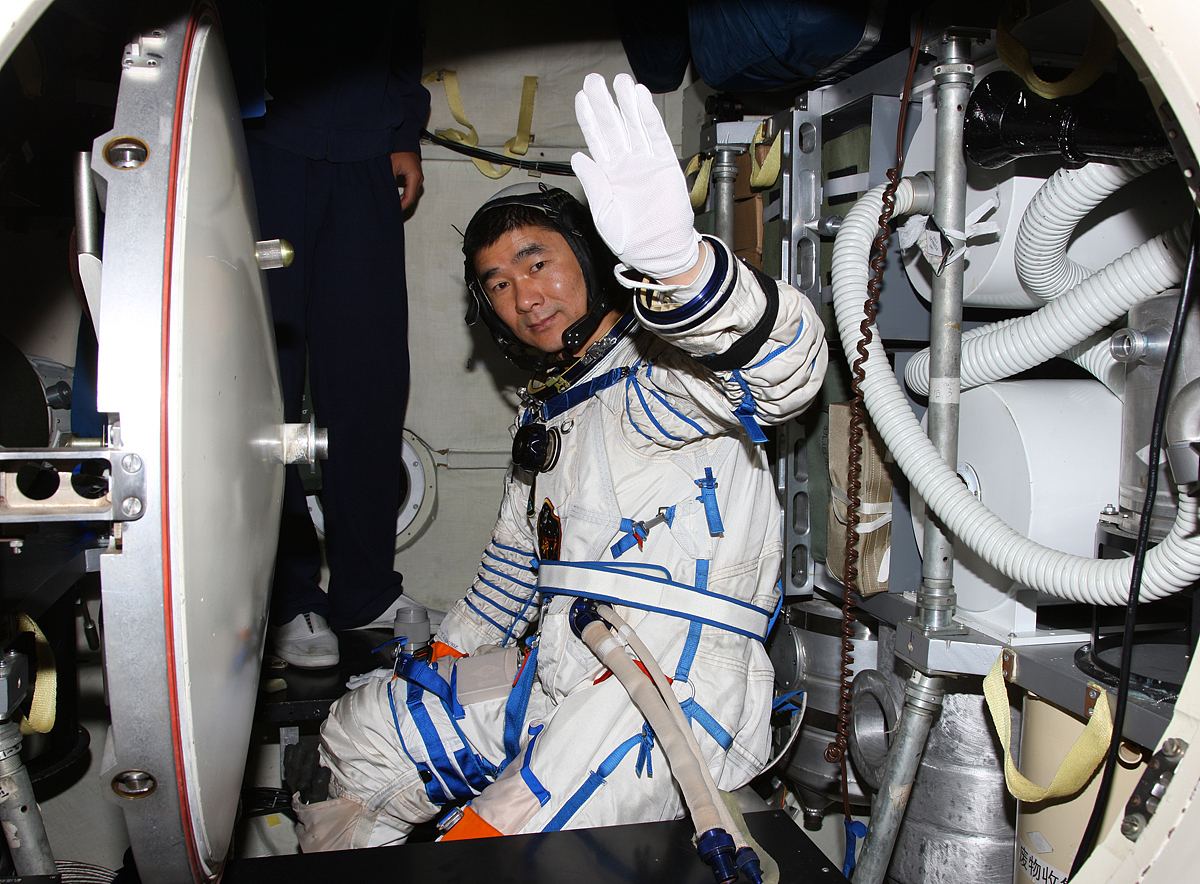 "The surprise of the last spaceflight is still in my memory, and now I will soon return to space," said Liu.

"I will concentrate all my efforts on the assigned tasks, contributing to the construction of the space station, which is also a space lab," he said.

Liu was born in Yi'an County, northeast China's Heilongjiang province, in September 1966. He joined the People's Liberation Army in 1985, and the Communist Party of China in 1990.

During that time, he read many history books and studied the great deeds of his heroes. He said that being a pilot is sacred.

In January 1998, Liu was selected as one of the first group of Chinese astronauts, and solemnly swore to work toward the country's manned space cause for the rest of his life.

In 2005, Liu was one of six astronauts involved in the final training for the Shenzhou-6 mission.

Though he was not eventually selected as part of the Shenzhou-6 crew, he underwent strict training and developed his own way of improving his skills. Every night, he looked back on that day's training process when lying in bed in order to deepen his memory.

In the manned spaceflight missions that followed Shenzhou-7, Liu was engaged in ground technical support and provided advice and help to astronauts.

In 2017, Liu conducted maritime survival training with two astronauts from Europe. It lasted 17 days and took place on the waters off Yantai, east China's Shandong Province.

"China started its manned space program no more than 30 years ago. Now, foreign astronauts are willing to come to China for training. It's really great progress," said Liu.

In December of 2019, Liu was selected as a member of the Shenzhou-12 crew.

"I am fortunate to live in a great era and take part in the great cause of the manned space program. I will always train hard, and make active preparations to go into space at any time," he said.