JIUQUAN, June 16 (Xinhua) -- Nie Haisheng is expected to soon create a record for the longest stay in space by a Chinese astronaut as he is slated to take part in his third space mission. 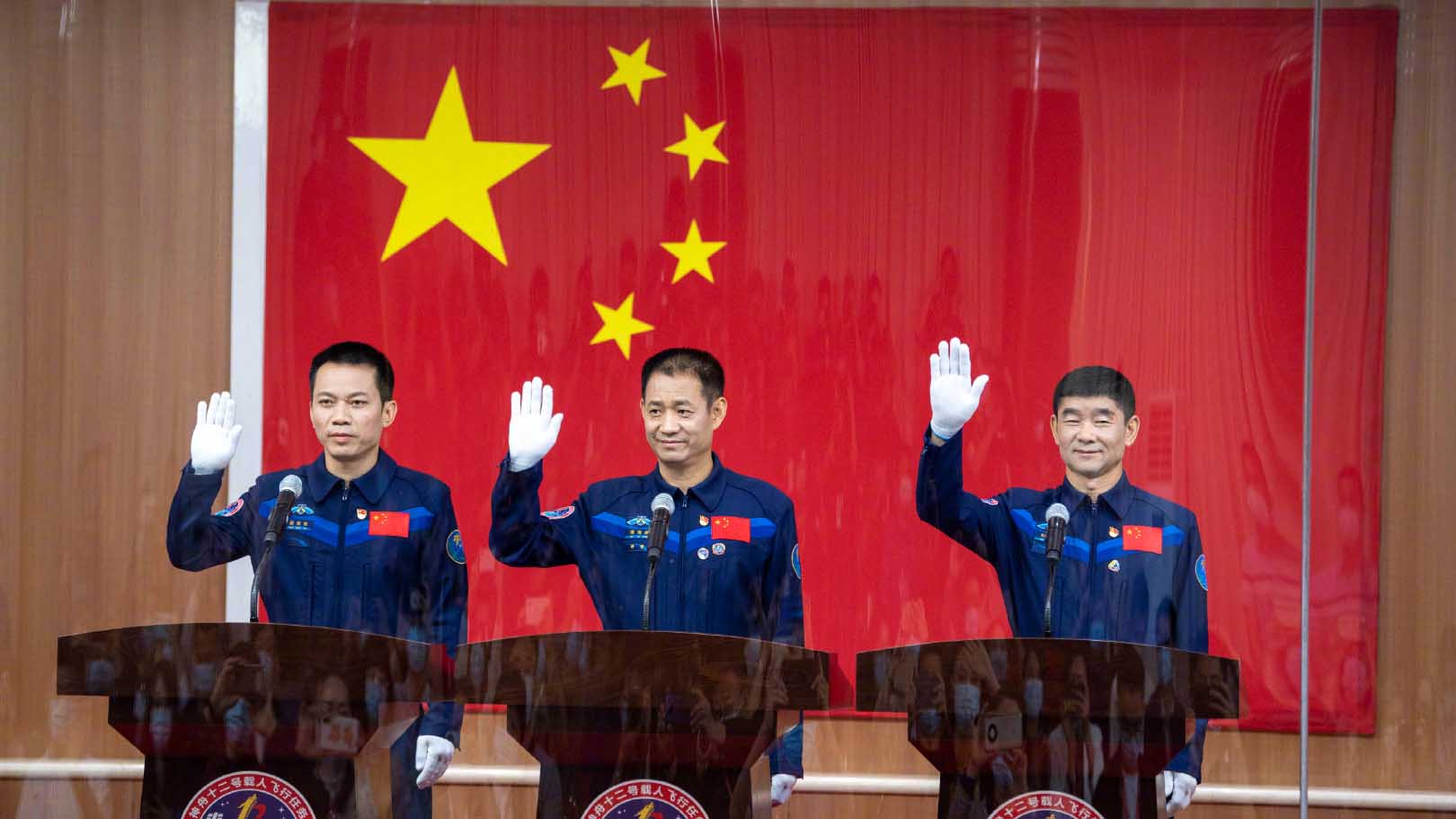 The commander of a three-man crew of the Shenzhou-12 manned spaceship, Nie, together with two teammates, will stay in orbit for three months, the longest in the country's manned space program.

The mission, scheduled to launch from the Jiuquan Satellite Launch Center on June 17, will make them the first crew to live and work in the country's space station core module Tianhe.

"We are honored to take the lead in a series of manned missions for the space station construction," Nie told media on Wednesday ahead of the launch. "We will make the core module a 'space home.'"

Nie, who has a doctoral degree, is one of China's most experienced astronauts. He has logged more than 19 days (470 hours) in space during his previous two missions.

But before he was nationally recognized as a space hero, Nie had put his life on the line for his country many times. 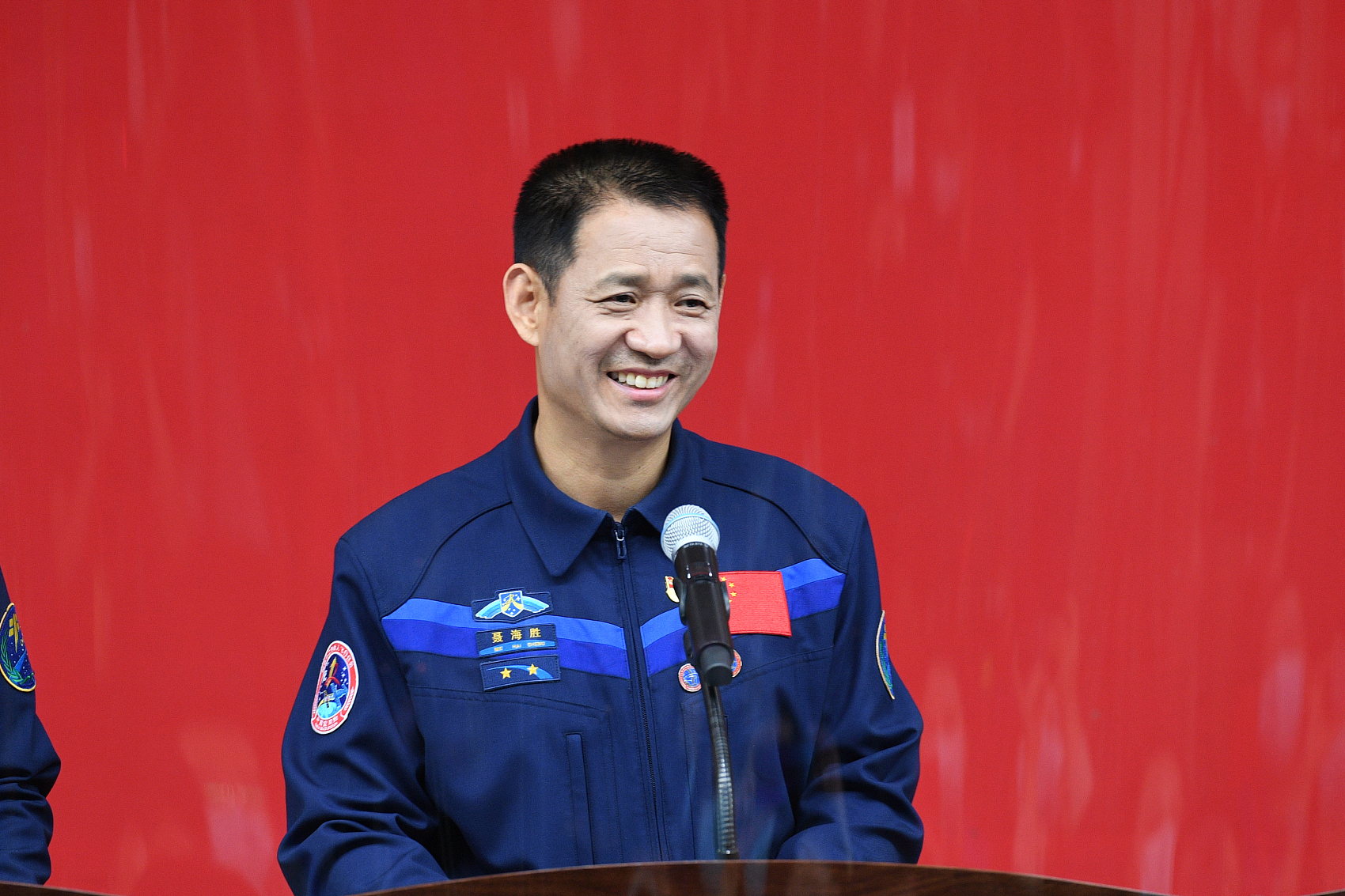 Born in 1964 in central China's Hubei Province, Nie comes from a humble financial background. He lived in a village with his six elder sisters and a younger brother doing farm work and studying until he turned 18. Nie had a great passion for planes and read a lot of books when he was a child, according to his classmates.

After graduating from high school, he was enrolled as a fighter pilot trainee by the People's Liberation Army Air Force in 1984.

In 1989, when he was flying a newly-modified plane alone, he encountered a sudden in-flight engine shutdown. Seeing the plane lose altitude rapidly, the ground commander ordered Nie to eject from the flight. But, he still tried to bring the plane back to safety risking his life. After all the attempts failed, he abandoned the flight and parachuted to safety when the plane was only four to five hundred meters above the ground. Following his narrow escape, Nie was awarded a third-class merit citation for his extraordinary courage.

Nearly a decade after the incident, Nie joined the country's first team of astronauts, receiving training much tougher than that for a fighter pilot. He stood out and was selected as one of the final three candidates for China's first manned space mission in 2003, which sent astronaut Yang Liwei into space.

On Oct. 12, 2005, his efforts were put to the test as Shenzhou-6 spacecraft lifted off from the Jiuquan Satellite Launch Center in northwest China.

He celebrated his 41st birthday during the space mission. His wife and daughter were brought to the Beijing Aerospace Control Center to send him birthday wishes.

State television showed his 11-year-old daughter singing "Happy Birthday" to him through radio which moved Nie to tears.

The astronaut said his success would not have been possible without the support of his family.

Nie was slightly overweight when he started training as an astronaut. His wife and daughter worked out with him and took care of the diet. His daughter often complained: "No good meal when dad stays at home."

Nie was initially not good at English, but his daughter was gifted with language skills. She always practiced with him and corrected his mistakes as a little teacher.

Nie loves fishing and is a terrific cook. His wife said Nie always treats the family with delicious fish delicacies.

Yang Liwei, China's first astronaut entering space, described Nie as being "persistent, dauntless and prudent." "He doesn't talk much. He is a hard-working and cooperative person," Yang said. 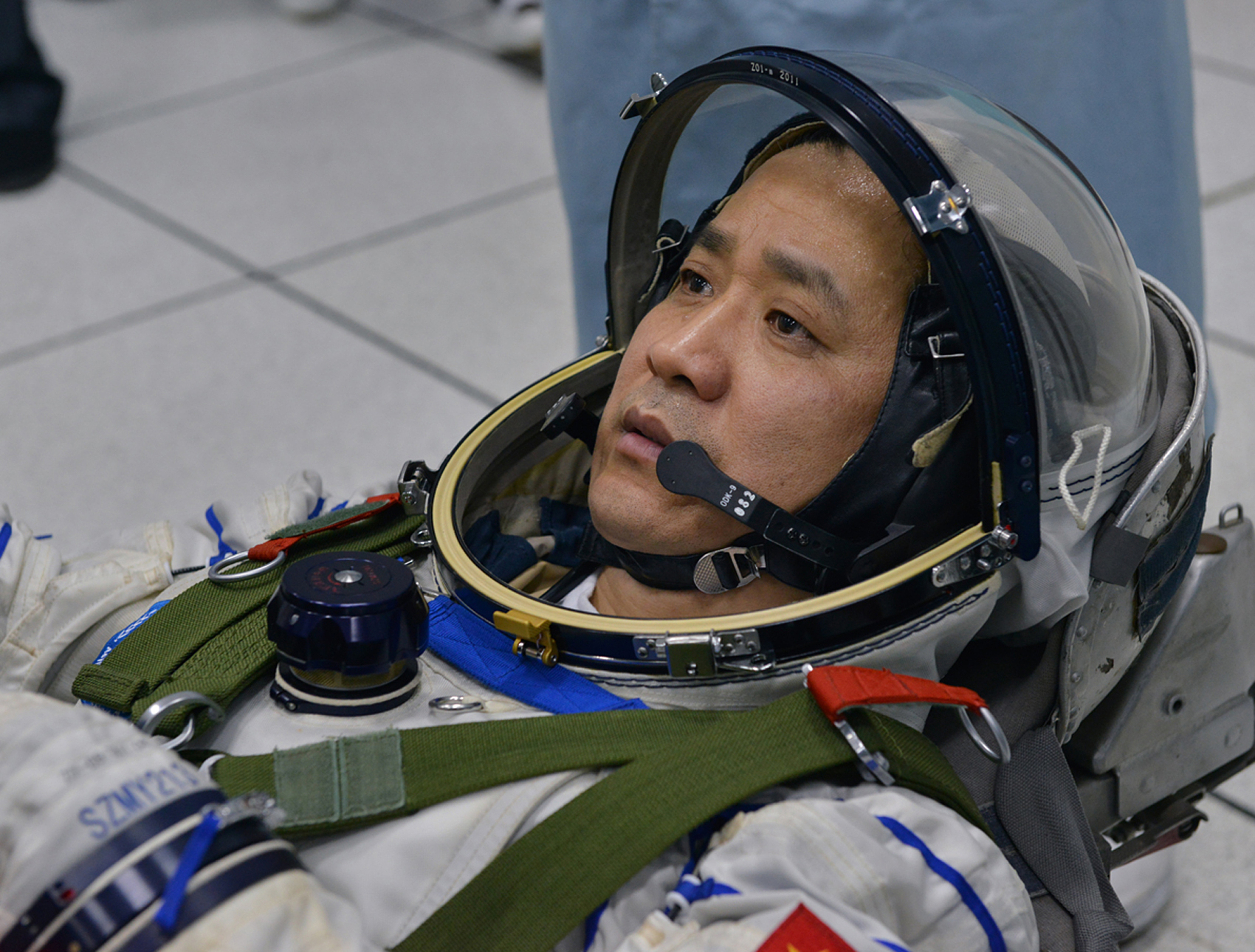 During his 15-day space trek on Shenzhou-10 in 2013, Nie, who held the rank of Major General, conducted the manual space docking in the mission. Nie's success can be attributed to his tough training, as he has conducted more than 2,000 ground simulations achieving 100 percent accuracy in manual docking.

"Nie is strict with himself," female astronaut Wang Yaping of the Shenzhou-10 mission once said in an interview. "With him, we have nothing to worry about."

Two space missions brought him a host of accolades, including the title of "Hero Astronaut" and an asteroid named after him for his excellent work.

The 56-year-old space traveler still has the drive and enthusiasm of an astronaut half his age.

"The oldest astronaut in the world to ever travel in space is 77 years old, so I am still young," Nie said with a grin. "As long as my health permits, I am looking forward to undertaking more space missions."