Progress in protection of environment touted 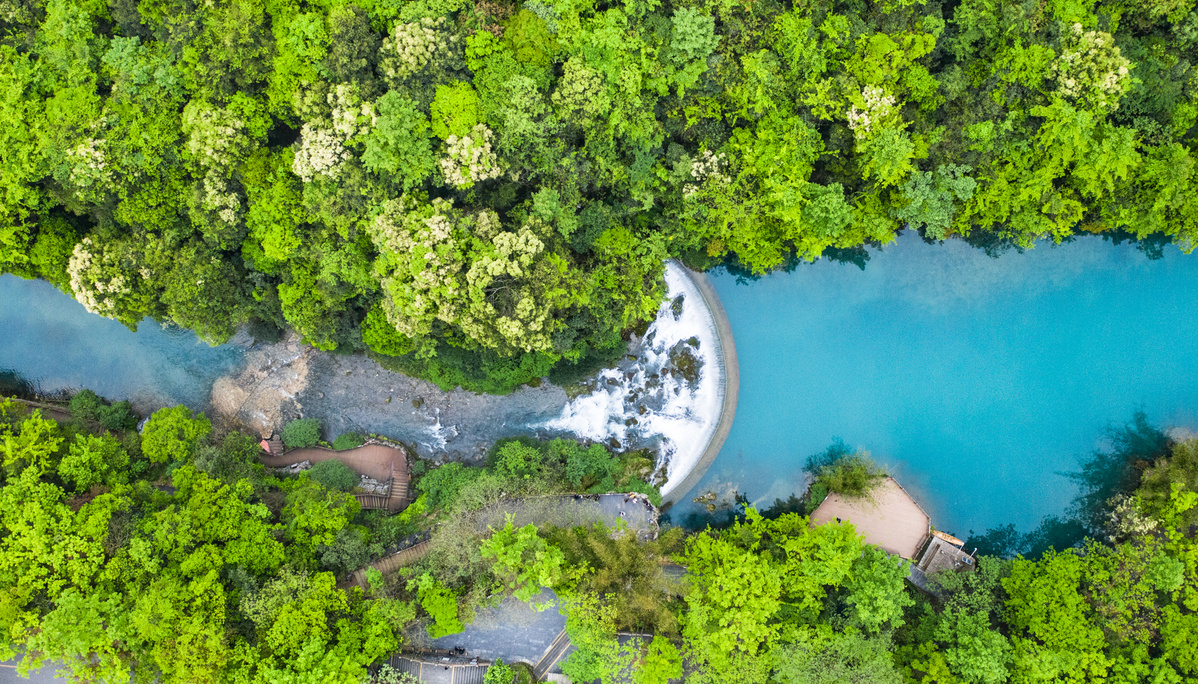 "Out of political purposes, some institutions and officials from the United States have turned a blind eye to the great achievements China has made in environmental protection and its outstanding contributions in tackling climate change and wantonly smeared China," said Liu Youbin, spokesman of the Ministry of Ecology and Environment.

According to a purported "fact sheet" released by the US Department of State, while the Chinese people have suffered the worst environmental impacts due to its actions, Beijing also poses a threat to the global economy and health by unsustainably exploiting natural resources and exporting its willful disregard for the environment through its Belt and Road Initiative.

Those are "baseless remarks", Liu said when responding to a question on the "fact sheet" during a recent news conference.

With great importance attached to "ecological civilization", a concept promoted by President Xi Jinping that embraces balanced and sustainable development, China has made compelling achievements as it resolutely rolls out pollution control campaigns, Liu said.

He said the country's surface water has seen marked improvement, for example.

While the proportion of surface water with fairly good quality－Grade III or above in the country's five-tier water quality system－has climbed by 8.9 percentage points, the ratio of water below Grade V－the poorest quality－fell by 6.3 percentage points from 2015 to 2019.

By the end of last year, the country had met eight of the nine targets set for the 13th Five-Year Plan (2016-20) period.

"All the targets are expected to be realized by the end of this year," Liu said.

He said the achievements China has made have been largely acknowledged by the international community.

Liu offered a 2019 report from the United Nations Environment Programme on air pollution control in Beijing as an example, saying, "The report noted impressive results in the capital's efforts to improve air quality, and no other cities or regions in the world could have made such a great achievement in so short a time."

"China has sincerely learned from the experiences gained and approaches taken on environmental protection from nations around the world and listens to suggestions on China's environment conservation work, but we cannot accept baseless smears made for political purposes," he said.

Li Gao, head of climate change at the ministry, urged the US, which has emitted more carbon dioxide than any other country, to take responsibility in the fight against climate change as a major world power, rather than blaming China.

Li said China has attained its 2020 climate action targets ahead of schedule as it endeavors to enhance climate action by adjusting industrial structures, optimizing energy consumption and improving energy efficiency. By the end of last year, China had managed to reduce its carbon dioxide emissions per unit of GDP by 48.1 percent from 2005 levels, and the share of non-fossil fuels in the country's primary energy consumption had increased to 15.3 percent.

In ignoring its climate responsibilities, the current US administration has not only abolished its domestic climate action plan but also insisted on abandoning the landmark Paris Agreement on climate change, he said.

"The US will not be able to change its image by passing the buck to other countries … There is always a fair public opinion in international society," Li said.

On Nov 4, 2019, the US formally notified the UN that the country was withdrawing from the Paris Agreement. The withdrawal will be complete on Wednesday.

"We look forward to seeing the US concentrate on honoring its commitments, performing its duties and rolling out concrete actions to cope with climate change with other countries," Li said.