China and the US are probably looking forward to top leaders’ summit on the sidelines of the Group of 20 (G20) meeting, during which they will review the development of relations, aiming to make progress in areas such as the economy and trade. 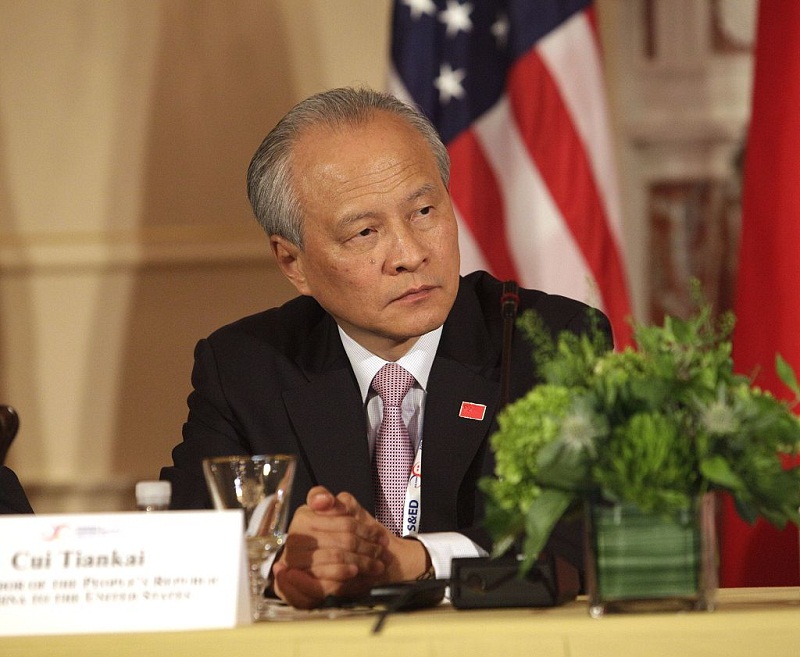 Cui Tiankai, China's Ambassador to the US participates in the Plenary Session of the US-China Consultation on People-to-People Exchange during the seventh US-China Strategic and Economic Dialogue at the US State Department in Washington DC, June 24, 2015. (File photo: VCG)

Chinese President Xi Jinping and his US counterpart President Donald Trump will meet in Buenos Aires as part of the G20 meetings and look for ways to ease tensions at the end of the week, Chinese Ambassador to the United States Cui Tiankai told the Wall Street Journal.

Timing wise, Cui said that the meeting is scheduled just over one year after President Trump’s state visit to China. It is necessary for the two leaders to review the development of bilateral relations and to provide strategic guidance on the direction of Sino-US ties and how the two countries can fine-tune and develop this important and complex bilateral relationship.

Bilateral trade has been growing so quickly that it has benefited both countries. As people do more bilateral trade and investment with each other and there is more and closer contact between each other, competition will also increase. This is just a fact. There is more competition on the Chinese market. This is determined more by economic logic than by any policy, Cui stressed.

From his point of view, Cui believes that for a [trade] negotiation like this, people have to make their position clear and consistent. “If their position is shifting all the time, I don’t think it’s helpful for any negotiation. If there is some agreement, people have to remain committed to this agreement and try to make further progress. You cannot have some tentative agreement one day and reject it next day,” Cui said.

When asked if worsening trade friction will lead to a global recession, Cui reiterated that China and US are the two largest economies in the world, so whatever happens to their economic cooperation will have an impact globally. “This is just a fact, this is reality. So in other words, we have to be fully aware of our shared responsibility to the global economy, the prospects of global economic growth. If we solve our economic issues in a mutually beneficial way and in a timely manner, it will certainly enhance people’s confidence about global economic prospects. If we fail to do that, it will probably weaken people’s confidence in the global economy,” he said.