CHINA Progress made in war on child sex abuse

Progress made in war on child sex abuse 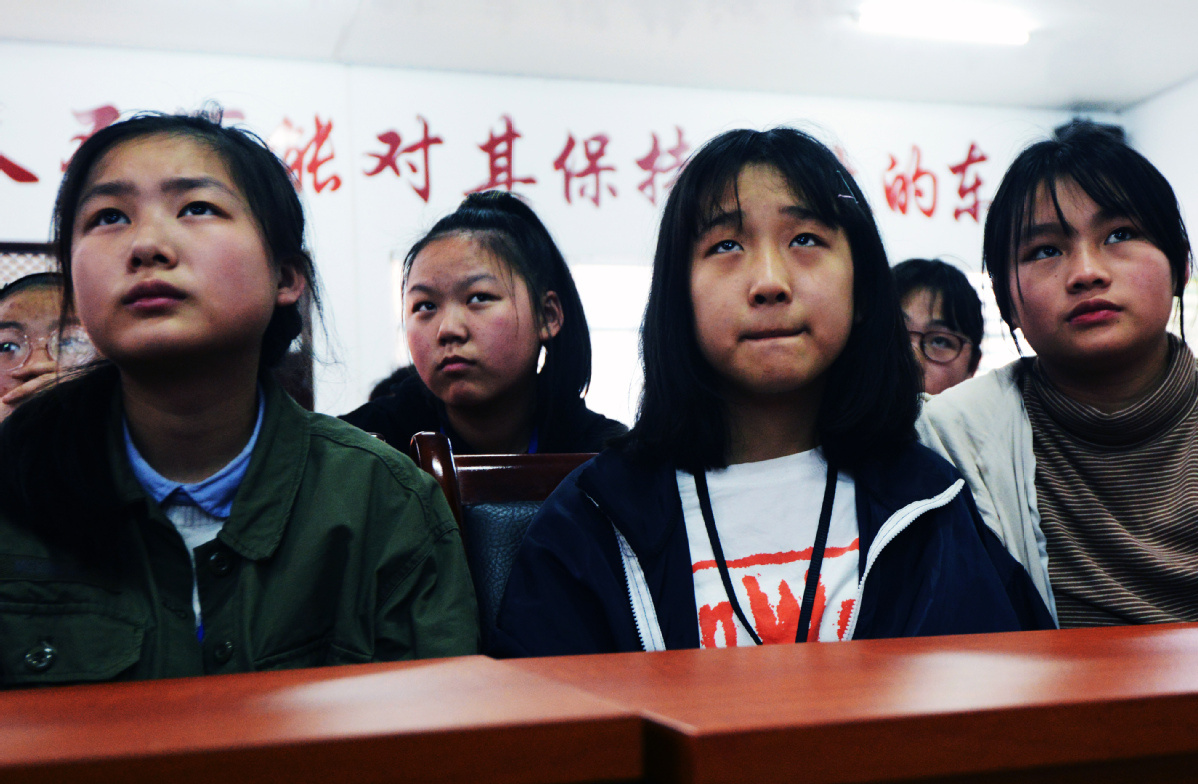 Imagine you're a female student traveling to school on an overcrowded bus. Suddenly, a man puts his hand on your shoulder and proceeds to slide it down your back ... and further.

You are scared and try to move away, but you can't do so because the passengers are crammed in like sardines.

What do you do? Look to a friend for help? Try to make eye contact with a stranger who might assist you? Silently count the seconds until you can exit at the next stop?

This situation is taken from the South Korean role-playing board game Li Zhihui's Life, recently translated and introduced to China by CITIC Press Group, a domestic publishing company.

The game features 32 scenarios in which a woman could face discrimination and sexual harassment, from childhood to old age.

The game is played by four to six people, who discuss how the fictional Li Zhihui should respond to each scenario by choosing one of the solutions offered－each of which has a points value. The player with the most points wins.

Li Jingyuan, who edited the game for CITIC Press Group, said: "We brought the game to China because Chinese women face the same dilemmas as their South Korean counterparts. It mirrors prevalent sexism, including sexual violations against women in real life."

Gwon Su-in, 28, said she created the game to mirror the experiences she and her friends have been through. "Players can get a feeling of the difficulties every woman faces in daily life," she said.

"Li Zhihui is a fictional character, but also a projection of myself. I created this game with the aim of informing others just how common sexual discrimination is in women's lives."

The Chinese version of the game was released at a time when sex crimes against women and young girls were making headlines in the two countries.

In March, South Korea's "Nth Room case" showed that dozens of women, including 16 underage girls, had been blackmailed into uploading sexually exploitative videos to chat rooms on the social media app Telegram. More than 260,000 users paid to download the videos.

On March 28, after Chinese media reports said five domestic websites were offering videos of sexually exploited children, the National Office Against Pornographic and Illegal Publications announced a crackdown on the production and sale of pornographic material. However, enforcement remains an uphill battle.

In April, a kindergarten teacher was arrested in Shanghai on suspicion of child sexual abuse. A man in his 60s was imprisoned for seven and a half years for molesting and raping two girls age 6 and 8, and a middle-aged lawyer was suspected of raping a then-14-year-old girl while acting as her foster father in Yantai, Shandong province.

Last month, a report jointly released by the China Foundation of Culture and Arts for Children's Girls' Protecting Project and the Beijing All in One Foundation found that 301 cases of sexual assault involving a total of 807 minors were reported in China last year, and that more than 70 percent of child sexual abuse cases are committed by family members or acquaintances. 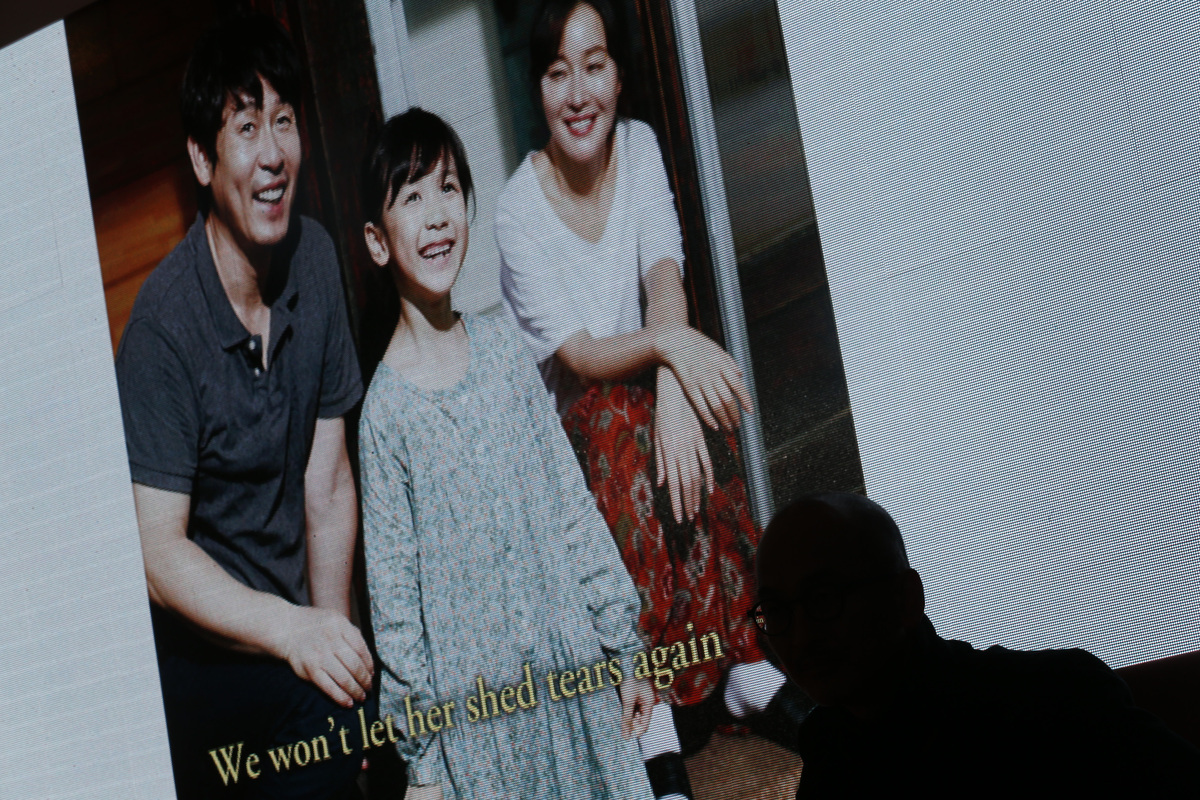 A scene from the South Korean movie Hope, which tells the story of an 8-year-old rape victim. Photo provided to China Daily

Sexual violence committed by family members is often the most difficult to detect, as juvenile victims may be too frightened to speak out. Fathers, uncles, or even older brothers, are often powerful figures in traditional family structures, and when they use their status to sexually abuse young girls, the victims struggle to obtain justice.

Such a situation featured in heated discussion involving the case in Yantai, in which the alleged assaults over a period of more than three years began just weeks after the girl turned 14－the age of sexual consent in China.

Yue Shenshan, a co-partner at the Yuecheng Law Firm in Beijing, said the age of consent refers to the minimum age at which a person is legally considered to be capable of consenting to sexual acts. Put another way, if an older person engages in a sexual act with a minor under the age of consent, this is considered child sexual abuse or statutory rape.

In China, rape carries a prison sentence of three to 10 years, but an offender who has sexual relations with a girl under the age of 14, with or without consent, is automatically guilty of statutory rape and can face the death penalty.

Yue said setting this age depends on "what a girl knows about sex". If, at a certain age, say 14 or 15, she is insufficiently physically or mentally mature for sexual activities, the age of consent should be set higher, he added.

According to the Age of Consent website, which details international standards, 147 out of 201 countries and regions surveyed set the age of consent as older than 14, with Bahrain having the highest age of 21. In the United States, the age of consent varies from state to state, and is mostly from 16 to 18.

Shocked by the "Nth Room case", South Korea last month revised its age of consent from 13 to 16, following accusations that the law against sex crimes was too weak.

In China, proposals to raise the age of consent were also put forward last month during the two sessions in Beijing－the high-profile annual meetings of the nation's top legislative and political advisory bodies.

Xie Wenmin, a member of the National Committee of the Chinese People's Political Consultative Conference, said the current age of 14 is insufficient to protect underage girls from sex crimes, and proposed raising it to 16.

Zhu Lieyu, a National People's Congress deputy and lawyer from Guangdong province, proposed raising the age of consent based on different situations.

Individuals should be at least 18 to consent to having sex with a trusted person, such as a teacher, and the age of consent in all other situations should be raised to 16, Zhu said.

"Criminal law is the bottom line of social morality. It's more of a social issue to protect children from sexual assaults," she added.