Over a thousand hectares of farmland will be converted to wetland to help purify water at Baiyangdian Lake, North China's largest freshwater wetland, as part of restoration work. 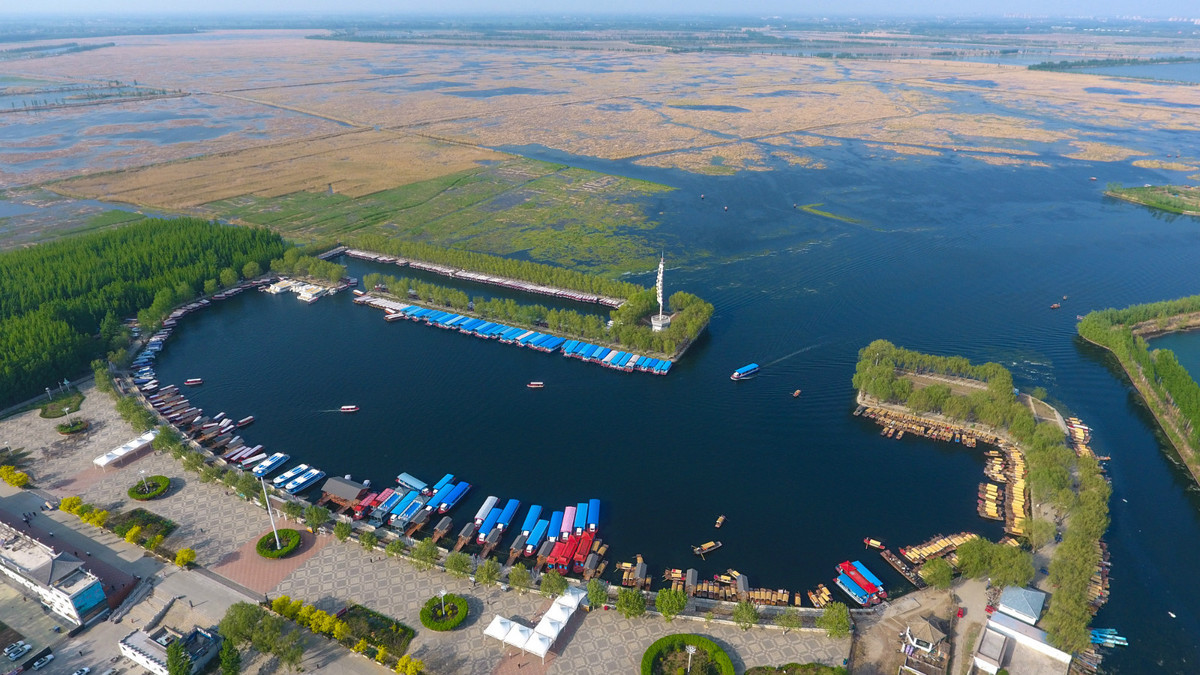 Baiyangdian Lake, in the Xiongan New Area of Hebei province, is made up of 143 small lakes divided by wetlands and covering 366 square kilometers. It is known as the "kidney" of North China because it repairs the ecology and improves the environment.

Various fish, shrimp, crab, shellfish, lotus roots, gorgon fruit and water chestnuts can be harvested there, according to the area's website.

Ge Zhanguo, a resident at Dongma village in Anxin county, is hoping conditions return to those of his childhood when he and his friends played in the water, swam or even caught fish and shrimp in Baiyangdian.

He recently returned his 5,300 square meters of farmland to the local government for restoration to its original wetlands, according to Hebei Daily.

"Many areas of Baiyangdian Lake were reduced to farmland or fish ponds due to human activities," Cheng Gang, deputy head of Xiongan Bureau of Ecology and Environment, was quoted as saying by the report.

Accompanied by economic and social development, most of the nine lakes whose water runs into Baiyangdian have been dry for many years and areas around the lake were increasingly using its water for agricultural and industrial purposes, Cheng said.

The water shortage as well as pollution had destroyed the lake's ecology and thus its functions, he said.

He added that only by increasing its water coverage from the current 200 square kilometers to over 360 sq km, and keeping its water level at 6.5 to 7 meters, can Baiyangdian recover its function as the "kidney" of North China.

Among various measures taken to reach the goal, the area launched a project in July to restore two functional wetlands at the mouths of two of the nine upstream rivers－Fuhe and Xiaoyi－by converting the area's farmlands to wetlands.

The project is expected to be finished next year, according to China Xiongan Group Ecological Construction Co, which is in charge of it.

"The restored wetlands will be used for purifying the water coming from upstream rivers through sewage degradation," said Peng Zhanqi, manager for water environment projects with the company.

There are two major rivers whose water runs into Baiyangdian, but a big part of its water was raw sewage or tailwater from sewage treatment plants in upstream areas, making them major sources of pollutants, Peng said.

The restored wetlands can purify 450,000 cubic meters of water each day, equivalent to a day's sewage discharge in a medium-sized city, Peng said, adding that the quality of water coming into Baiyangdian will be greatly improved.

Next year, another 6,000 hectares of farmland will be restored to wetland at Baiyangdian.

Other projects, including replenishing water and stopping sewage from industrial and residential sources, are underway to restore the lake's ecosystem.