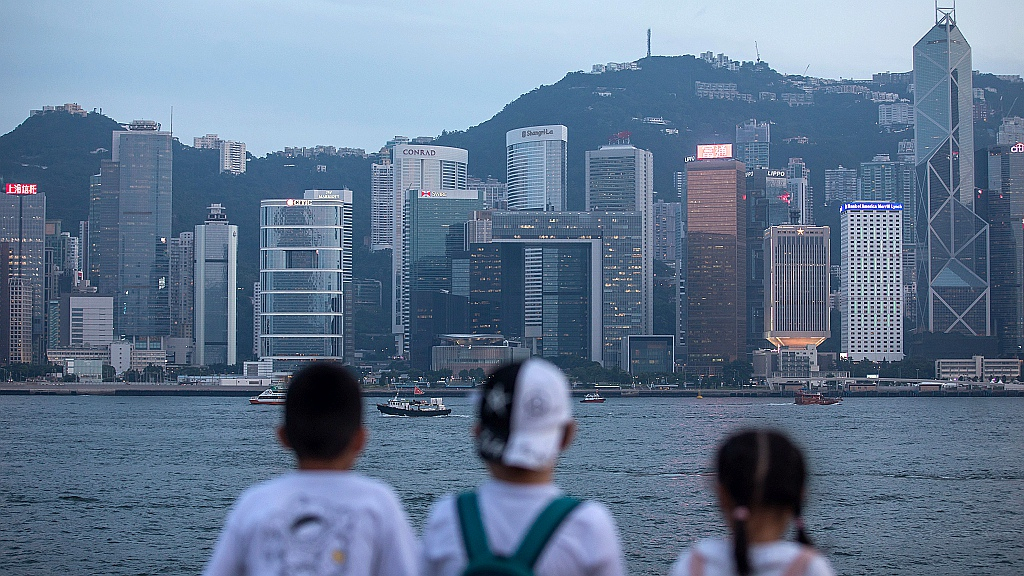 Several prominent figures in Hong Kong called on residents to support the government and the police force of the Hong Kong Special Administrative Region (HKSAR) to take stronger measures to punish leading rioters and restore social order.
Commenting on the detention of several activists on suspicion of organizing violent demonstrations, Cheung Chi-kong, executive director of the Hong Kong-based One Country Two Systems Research Institute, said the move by the Hong Kong police on Friday sent a signal that the government is taking concrete measures to stop violence and chaos.
Cheung urged the Hong Kong people to "see the true face" of the rioters and not to be manipulated by those who have ulterior motives.

"Residents in Hong Kong must support the HKSAR government and the police force to take strong measures to tackle problems lawfully and rationally, and resume social tranquility as soon as possible," said Chang Ka-mun, a former member of the National Committee of the Chinese People's Political Consultative Conference from Hong Kong. "Only on this basis can we better develop the economy and improve people's well-being."
Barrister Judy Tong Kei-yuk said holding the rioters accountable in accordance with law is in line with the expectation of most Hong Kong residents, who long for the restoration of tranquility across the city.
Ben Chan Han-pan, a member of the Hong Kong Legislative Council, also voiced his support for the police's move, calling on the police to continue to enforce the law strictly and fight lawbreakers.
A large group of protesters vandalized and threw petrol bombs into the headquarters of the HKSAR government and the Legislative Council on Saturday.
Police raised flags to warn the protesters to stop charging. After repeated and futile warnings, police deployed tear gas and water cannons to disperse the protesters.