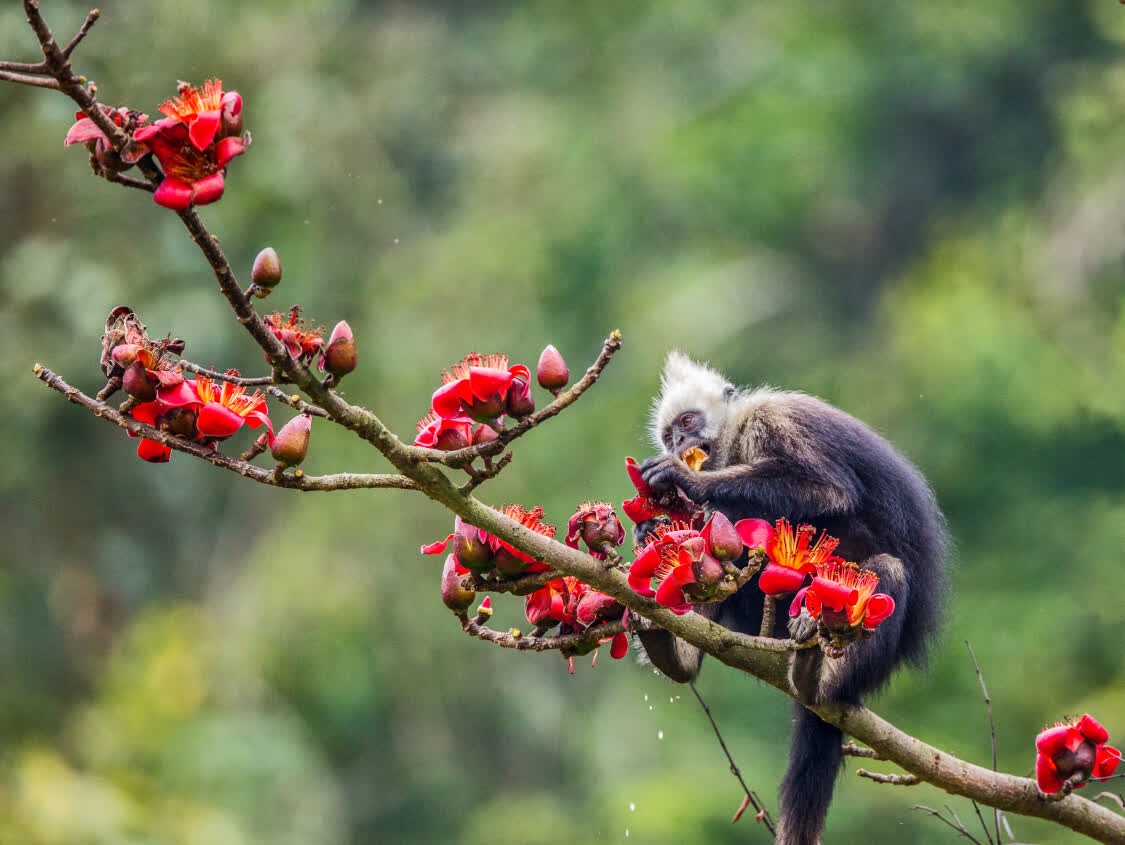 White-headed langurs are considered among the rarest monkey species and were listed as a critically endangered species in 2012 by the International Union for Conservation of Nature. Chongzuo National Nature Reserve in southern China’s Guangxi Zhuang Autonomous Region is thought to be the last habitat for the species. (Photos: Guangming Daily) 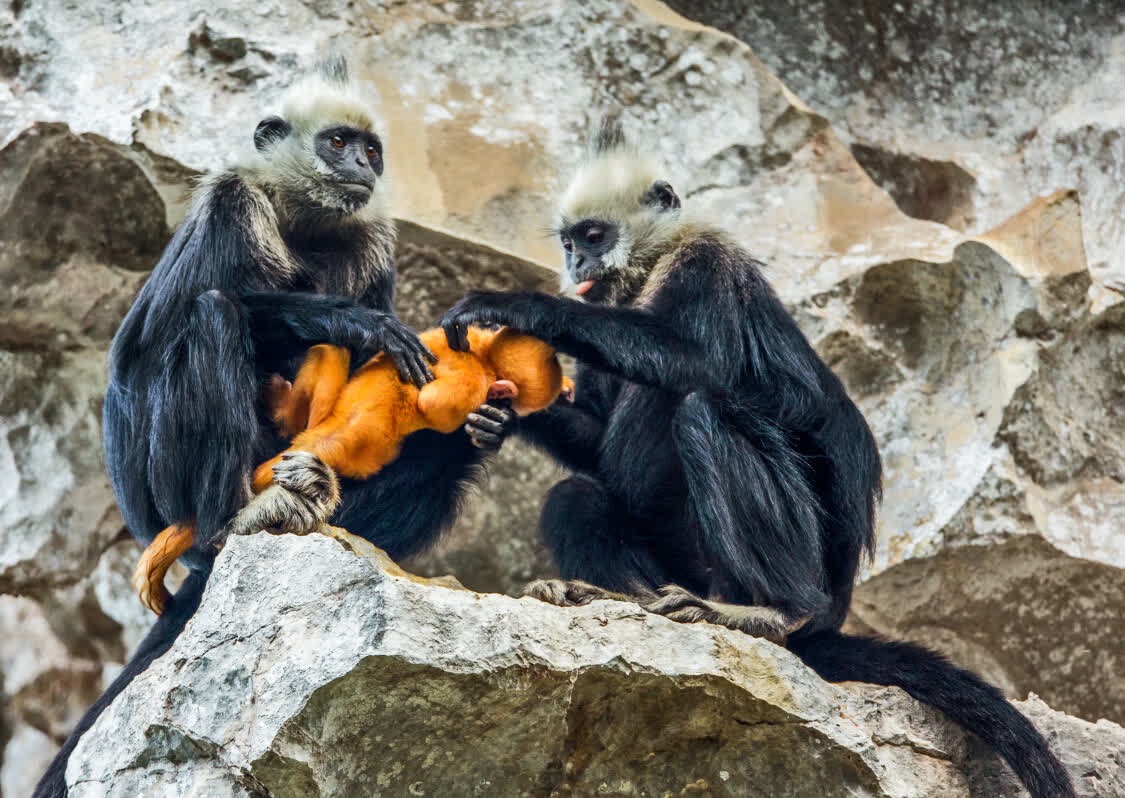 With a total area of 25,000 hectares, the white-headed langur reserve was promoted to a national nature reserve in 2012 and consists of Banli, Bapen, Tuozhu and Daling areas. 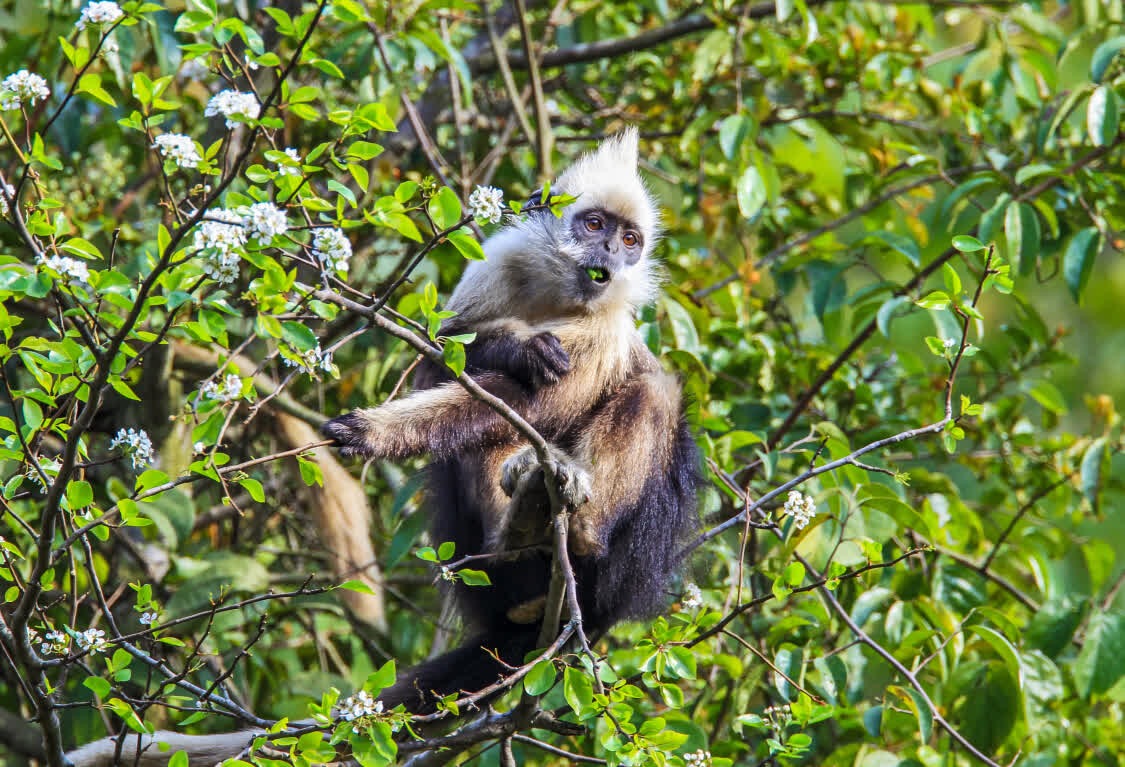 White-headed langurs and the karst rock mountain forest ecosystem on which they depend for their survival are both protected. Pan Wenshi, a Peking University professor, went to Chongzuo in 1996 to study white-headed langurs. He decided to first help villagers to improve their living conditions and then save the langurs from extinction. 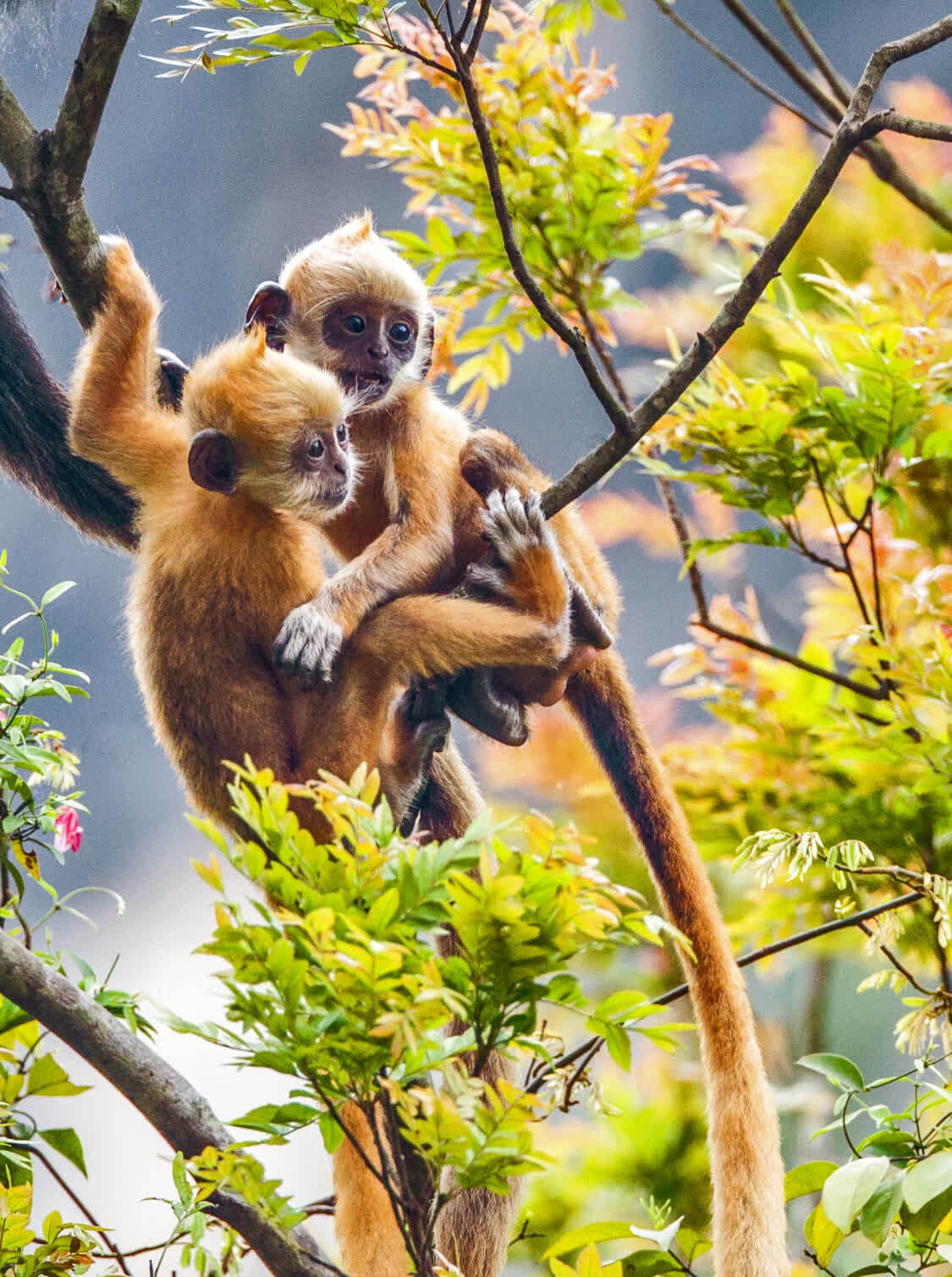 Today it is believed the authorities of Chongzuo can both protect the ecology and benefit the masses. The number of white-headed langurs has grown from about 300 in the early 1980s to more than 1,200 today. (Compiled by Zhou Shixing)