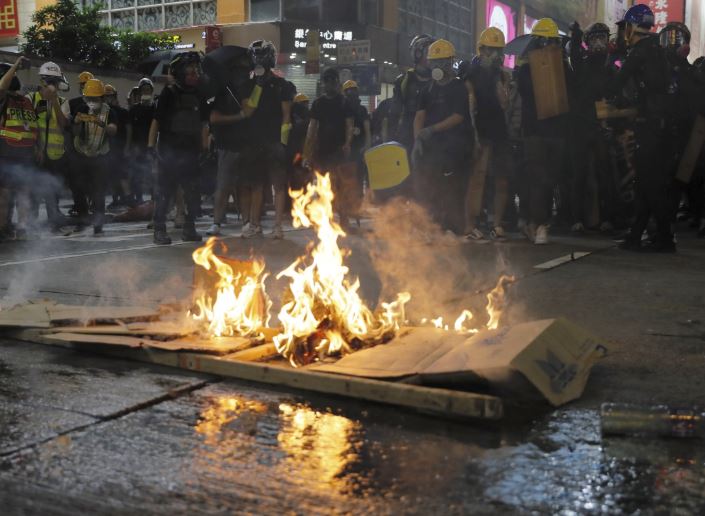 HONG KONG, Sept. 7 (Xinhua) -- Some radical protesters surrounded a police station in Hong Kong's Kowloon area and started fires outside it on Saturday night, leading to the police warning of a possible dispersal operation.

They set up barricades, occupied nearby carriageways and caused serious obstruction to the traffic.

Some protesters even started fires outside Mong Kok Police Station, posing a serious threat to the safety of everyone on the site, the police said.

The police warned the protesters to stop their illegal acts and leave immediately.