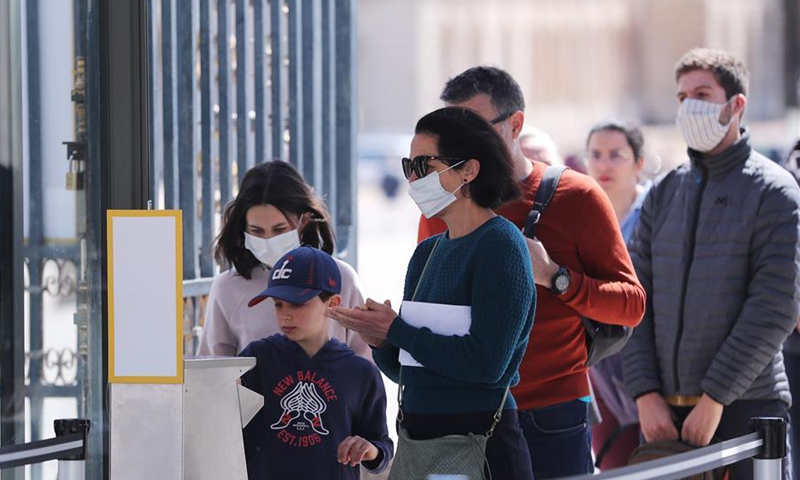 Experts predict COVID-19 could make a strong comeback as countries are relaxing their prevention measures, and may be even stronger the second time around.

They said it is because the US, whose infection numbers will soon surpass 2 million, is engulfed by massive street protests, an impatient Europe rushed to lift lockdowns before infections haven't even ebbed, and an underprepared South America saw a surge in infections as winter approaches the Southern Hemisphere.

Worldwide infections of the coronavirus surpassed the seven million mark on Monday. Aside from the US, Europe saw 16,476 new infections on Sunday, and Brazil and India each registered a daily increase of more than 100,000 cases.

Will the second wave also hit China, which just claimed a phased victory over the virus? Experts were optimistic. They believe a more comprehensive public health system, built up through the previous virus battle, will be able to cope with an even fiercer second wave.

Not if but when

Experts agree that the second wave will come. But it's a matter of when and where.

After the US, where the epidemic is the most severe, has gradually resumed work, the epidemic in many states began to show signs of a rebound, which has also been witnessed in some Middle Eastern countries such as Iran, Zhang Wenhong, a Shanghai-based infectious disease expert, told Chinese media Sunday.

Zhang warned that the second wave of the epidemic is coming, adding, "Brazil, Russia and India have not seen their peaks, so I don't know when the number of infected people will come down."

"I dare not use the word 'second wave' as I believe the first wave has yet to pass. Yet,  many countries have already relaxed their prevention measures," Wu Zunyou, the chief epidemiologist at the Chinese Center for Disease Control and Prevention, told the Global Times.

The US now accounts for two in every seven cases recorded globally. One in every four recorded deaths from coronavirus is in the US. The ongoing protests across the US are only worsening the already serious viral spread.

Several southern US states reported sharp increases in COVID-19 infections, with Alabama, South Carolina and Virginia all seeing new cases rise 35 percent or more in the week ended May 31 compared to the previous week, a Reuters analysis said.

The protest sparked by George Floyd's death in the US has spread to other parts of the world. Over the weekend, thousands of protesters took to the streets in London and Rome to vent their anger over racial discrimination and police brutality in the US. The protests even spread to East Asia where people in Seoul and Tokyo also protested.

European nations and the US have previously achieved phased positive results in fighting the epidemic, seeing a downward trend in newly confirmed cases, Zeng Guang, chief epidemiologist of the Chinese Center for Disease Control and Prevention, told the Global Times.

Health experts said that the US and Europe, which rushed to loosen their anti-epidemic policies by resuming work and business when the epidemic was not completely over, face a risk of a second outbreak.

Bjorn Nashan, a German medical expert, told the Global Times that "the second wave will most likely come since the virus is now moving slowly around the world, and it can start in any place with not enough immunity in the population."

He cited spikes of cluster infections in churches and family gatherings in Germany when it eased the lockdown.

Another hotspot is Brazil, which recently became the second-most infected country with about 672,000 cases. Zhang previously predicted the virus would be transmitted between the Northern and Southern hemispheres due to seasonal differences. "It will come back and forth for one or two years," Zhang said.

As countries began to reopen borders, it meant that people traveling from countries where the virus is rife would bring it all over the world again, and spark another outbreak at any time, experts warned. 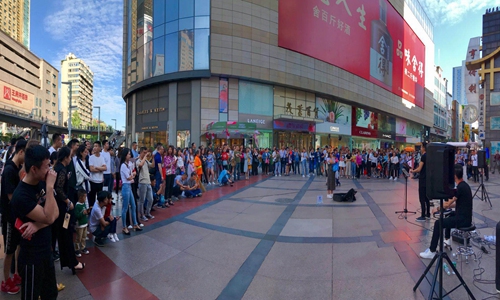 Facing pressure from imported COVID-19 cases, China's goal is to not be affected by the second wave, Zhang said, who believes that after the fight against the domestic epidemic, the public health system in China has become stronger and more capable of handling  imported cases.

"As long as the cases are found, timely investigated and tracked, the epidemic can be extinguished quickly, and there should be no outbreak," Wu said, stressing the importance of consistent testing and tracing.

As China has gradually fully resumed production, it is imperative to rebuild connections with other countries, which also increases the risk of imported cases, experts said. Last month, a passenger on LH342, the first chartered flight from Germany to China carrying up to 200 German passengers, tested positive for coronavirus after arriving in North China's Tianjin, although he was asymptomatic.

China requires international travelers to the country to undergo a 14-day quarantine, which is mandatory, said Yang Zhanqiu, the deputy director of the pathogen biology department at Wuhan University.

But since China has largely contained the virus, it is possible that the quarantine period could be shortened in some circumstances, like those of German businesspeople returning to work in China. They are required to take COVID-19 tests before they depart, Yang told the Global Times on Tuesday.

Travelers from other countries are required to undergo a nucleic test before they board a flight to China, and those who return will be registered in our health system, and local health authorities will be alerted for any abnormality, Yang said.