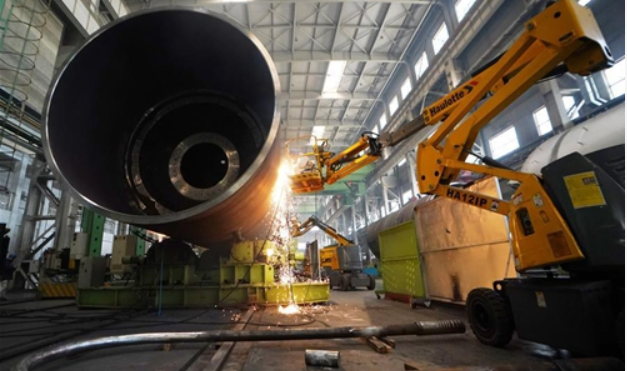 A company in East China denied Tuesday to the Global Times a rumor that said an employee was infected with the novel coronavirus pneumonia while working during the Spring Festival holiday when the government did not allow companies to resume work.

Observers condemned such rumors, as they could influence companies looking to restart work after an extended holiday, and could further harm the recovery of some companies and the economy hit by the virus outbreak.

An operator in the reception of Oriental Industry (Suzhou) Ltd. in Jiangsu Province confirmed with the Global Times they are the company netizens were spreading rumors online about, but said the employee was not a confirmed patient. The employee had been tested twice and came back negative both times, the operator noted.

The company did not shut down during the Spring Festival as in previous years and restarted work on Tuesday after temporarily stopping work for employees' safety, according to the operator.

The company would arrange for employees to have meals in batches, take their temperatures twice a day and disinfect the factory, the operator noted.

However, the operator failed to explain why the company did not shut down amid the virus outbreak.

According to the website of the Suzhou government, companies in the city could not resume work before Monday for the public's safety and health.

The response came after a screenshot of a WeChat chat record circulated on social media on Monday saying that an employee has been confirmed to be infected with the virus during work as the company in Suzhou restarted work early, which caused more than 200 employees to be put under quarantine.

The report said the company's 425 employees worked during the Spring Festival and one person surnamed Wen who lived in the company's dormitory suffered a sore throat on January 28.

Wen took a train to Shanghai on January 20 but had not been to epidemic areas such as Wuhan, where the coronavirus originated, the report said.

Some netizens criticized the company for continuing to work during the national fight against the virus outbreak, as the virus can easily spread when people gather together.

Some condemned the rumor, saying it could exacerbate the public's fear.

A local official in Jiangsu who requested anonymity told the Global Times that some made-up rumors about resumption of work times could influence companies seeking to return to work in accordance with regulations and even harm local economic recovery and social stability, and should be seriously investigated.

Another rumor saying a Lens Technology company based in Changsha, Central China's Hunan Province, had a confirmed case of the virus, forcing the company's factory to be sealed off, was proved to be fake, and the company resumed work normally, media outlet guancha.cn reported Tuesday.

Police detained a man in Northeast China's Liaoning Province who fabricated and spread rumors that Dalian had postponed companies' resumption of work time.